This report examines the link between water and migration, and the implications for economic development. The report is based on analysis of the largest data set on internal migration ever assembled, covering nearly half a billion people from 189 population censuses in 64 countries from 1960 to 2015. It assesses how rainfall shocks are related to migration relative to other key variables such as age, gender, education, and household size.  The report is in two parts. Volume 1 covers water, migration, and development. Volume 2 focuses on water, forced displacement and conflict in the Middle East and North Africa. 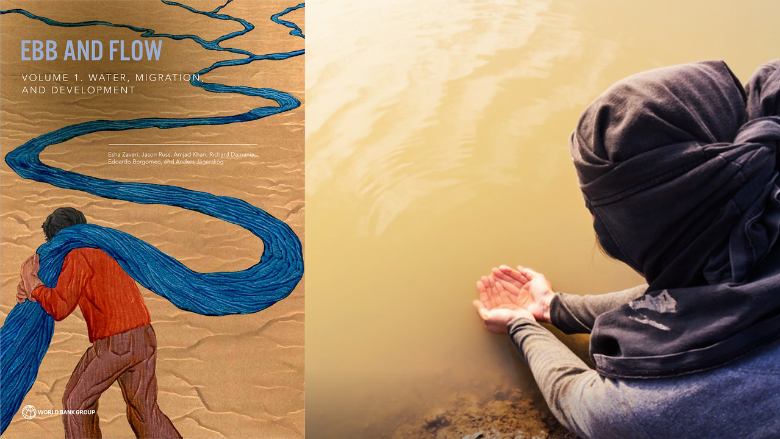 Water deficits are linked to 10% of the rise in global migration. Climate change is accelerating the global water crisis: 17 countries that are home to 25% of the world population already face extremely higher levels of water stress.

Global warming will make “day zero” events more common in the world’s cities, which are now home to 55% of the human population. Urban water supplies are under threat from rising heat stress and water scarcity. Risks to the sustainability of cities include changes in the global hydrologic cycle and water deficits in rural areas that drive agricultural workers to urban areas. Alongside recent acute water shortages in Cape Town, Chennai, and São Paolo, dozens of smaller cities face similar fates.

Governments need to protect people, livelihoods, and resources. A complementary range of policies can improve livelihoods and turn water-induced crises into opportunities.

Press Release: Lack of Water Linked to 10 Percent of the Rise in Global Migration

Download volume 1 of the report: Ebb and Flow: Water, Migration and Development

Download volume 2 of the report: Ebb and Flow: Water in the Shadow of Conflict in the Middle East and North Africa 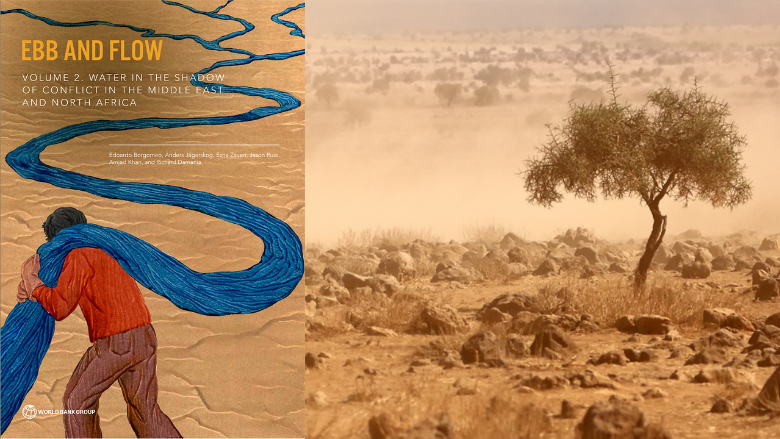 Water is more often a victim and casualty of conflict – rather than a primary source of conflict – in the Middle East and North Africa (MENA). Although there have been local instances of strife and displacement in response to water concerns, there is limited evidence that water risks cause large-scale forced displacement or lead directly to conflict.

Contrary to popular belief, water risks have historically led more to cooperation than conflict. Within MENA, this is true at the domestic and international level – which involves transboundary rivers and aquifers. As in other parts of the world, long-term exposure to water scarcity strengthens water users’ preference for cooperation.

The MENA region urgently needs to move towards water resilience. The protracted displacement crisis and water scarcity calls for a shift from a narrow focus on humanitarian support to policies that promote long-term water security and resilience to future shocks. Given the prolonged nature of conflicts in the region, waiting for their resolution is not a feasible strategy. Development agencies need to join forces with humanitarian actors and ensure that interventions (such as drilling wells) do not undermine long-term sustainability.

This broad policy focus goes well beyond forced displacement and acute crises, and involves seeing water with a new lens across MENA. This is crucial for growth and development in a region that faces the greatest expected economic losses from climate-related water scarcity, estimated at 6–14 percent of GDP by 2050 (see High and Dry: Climate Change, Water, and the Economy, World Bank, 2016).