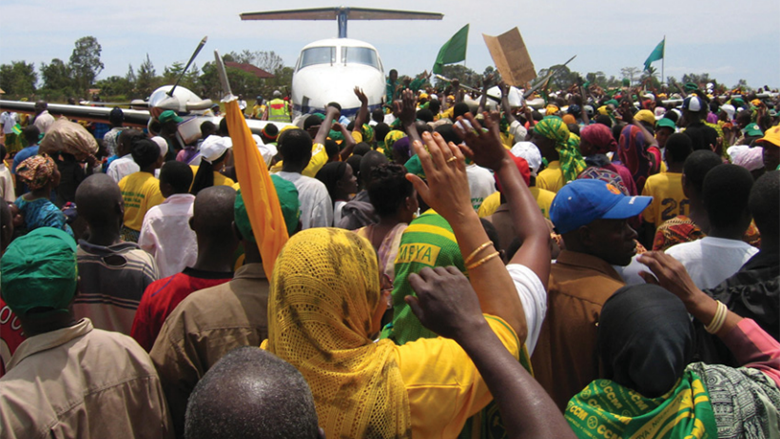 Africa is home to 12% of the world’s people, but it accounts for less than 1% of the global air service market.

Part of the reason for Africa’s under-served status, according to a just-published World Bank study, Open Skies for Africa – Implementing the Yamoussoukro Decision, is that many African countries restrict their air services markets to protect the share held by state-owned air carriers.

This practice originated in the early 1960s when many newly-independent African states created national airlines, in part, to assert their status as nations. Now, however, most have recognized that the strict regulatory protection that sustains such carriers, has detrimental effects of air safety records, while also inflating air fares and dampening air traffic growth.

Indeed, African ministers responsible for civil aviation themselves acknowledged this in 1999, when they adopted the Yamoussoukro Decision, named for the Ivorian city in which it was agreed. It commits its 44 signatory countries to deregulate air services, and promote regional air markets open to transnational competition.
It followed up on the Yamoussoukro Declaration of 1988, in which many of the same countries agreed to principles of air services liberalization. In 2000, the Decision was endorsed by head of states and governments at the Organization of African Unity, and became fully binding in 2002.

But implementation has fallen short, says Charles Schlumberger, Lead Air Transport Specialist at the World Bank, and author of Open Skies for Africa.

“A historic opportunity is being missed,” Schlumberger said. “Ten countries have not signed on to or completed proper ratification of this decision, and many others that are signatories have not implemented it. Meantime, most countries in Africa that have abandoned their ailing carriers and opened up to foreign operators now have air services, both passenger and freight, that are more efficient, safer, and with more competitive prices.”

The study says that prospects for reducing this accident rate would improve if African states applied bilateral sanctions against airlines that fail to meet safety standards established by the International Civil Aviation Organization (ICAO). In fact, Schlumberger said, this is what African air regulators agreed to do when they signed the Yamoussoukro Decision in 1999.

In addition to improvements in quality and pricing of air services, he said, countries that have abandoned national airlines are in a position to redirect state resources thus saved to investments that have more positive impact on economic development. In addition, lower transport costs achieved through enhanced competition reduces a significant trade barrier for African countries, while also improving prospects for increased tourism.

For example, the study notes that 20 percent of Africa’s tourism-related jobs are supported by visitors arriving by air, compared with only four percent in North America. On the basis of studies showing increased air passenger traffic following air services liberalization on other continents, as well similar findings for Africa sub-regions that have liberalized, Schlumberger concludes that liberalization could deliver similar gains for African countries that have yet to implement the Yamoussoukro Decision.

Specifically, the Yamoussoukro Decision calls for, among others:

Experience with liberalized air services elsewhere has also shown that they result in increased trade, both regional and intercontinental. Competitive air carriers with more frequent flights and lower fares can open the door to trade in perishables and high-tech manufactures, the study suggests.

“Reliable, safe and competitively priced air services are essential to better integrating Africa with the global economy,” said Jamal Saghir, World Bank Director for Sustainable Development in Africa. "African air transport leaders recognized this with the Yamoussoukro Decision and now this study underlines the need for action on those commitments.”

Open Skies for Africa’s recommendation that African states to implement the Yamoussoukro Decision applies to all its signatories, but especially mentions those that have not signed or properly ratified it, namely Djibouti, Equatorial Guinea, Eritrea, Gabon, Madagascar, Mauritania, Morocco, Somalia, South Africa, and Swaziland.