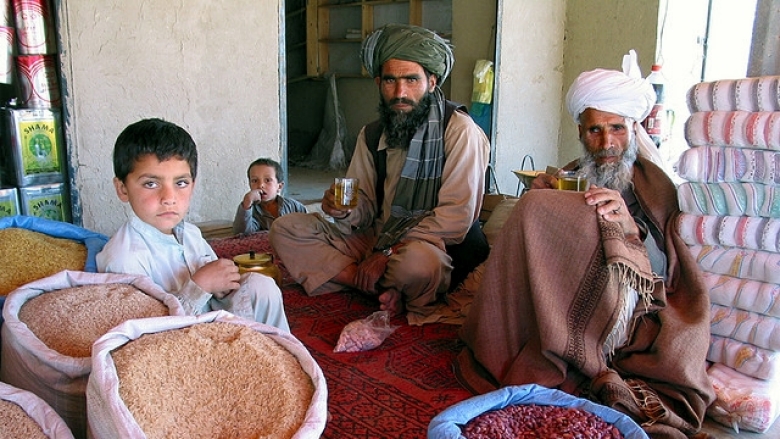 Strong economic growth during the pre-transition period of 2007-08 to 2011-12 did not reduce poverty and contributed instead to widening inequality in Afghanistan.

According to the latest Afghanistan Poverty Status Update, which was jointly produced by the Government of the Islamic Republic of Afghanistan’s Ministry of Economy and the World Bank and uses the National Risk and Vulnerability Assessment (NRVA) data, 36% of Afghans remained poor in 2007-08 and in 2012, meaning that more than one in three Afghans did not have enough money to buy food or cover their basic needs. This is despite an annual GDP growth rate of 6.9% during that same period.

The report, which analyzes the factors behind Afghanistan’s poverty rate and provides a roadmap for poverty reduction, also finds that patterns of growth in Afghanistan widened the gap between the rich and the poor. The poorest 20% of the population experienced a 2% decline in real per capita expenditure while the richest 20% saw a 9% increase. Widening inequalities were further reflected in an increase of the Gini index, which moved from 29.7% in 2007-8 to 31.6% in 2011-12.

Poverty in Afghanistan is concentrated in rural areas. Four out of five poor people live in rural areas. The East, Northeast, and West-Central regions—where almost half of the inhabitants are poor—have the lowest per capita consumption and highest likelihood of poverty.

Lack of education, livelihoods and access to basic services contribute to Afghan poverty. 75.6% of poor people are illiterate. Poor people face higher unemployment (8%) and underemployent (41%) and are more likely to work in agriculture (43.6%) or in the informal sector (84.3%). Poor people are also less likely to have access to electricity (63.8 %), safe drinking water (40.3%), and sanitation (2.8%).

Poor people are more vulnerable but less equipped to cope with natural and manmade shocks. 84% of Afghan households experienced at least one economic shock in 2011-12 and 53% suffered from three or more shocks.

International spending helped grow the economy, but it hasn’t equally benefited all sectors or the poorest. International spending created jobs in the public, health and education services sectors and benefited high-conflict areas the most. It didn’t raise productivity in the agriculture sector, which employs most of Afghanistan’s poor people.

To reduce poverty, Afghanistan must focus on strengthening agriculture, investing in human development and managing and mitigating risks that increase poor people's vulnerability.