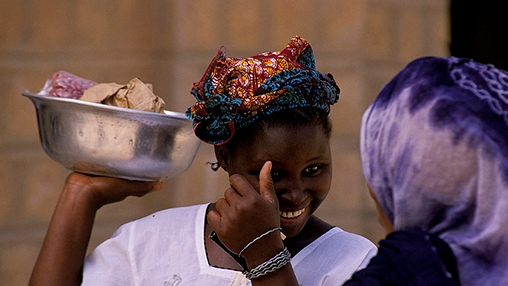 The latest issue of Food Price Watch shines a spotlight on the role food prices play in the world's obesity epidemic.

Prices of internationally traded food continued to drop between October 2012 and February 2013. That makes for six months of consecutive declines. Lower demand in tight international markets and improved supply conditions have contributed to these price falls.

Still, international food prices remain only 9 percent below the all-time high recorded in August 2012, and several uncertainties on both supply and demand sides still threaten international markets. Seasonal factors, domestic policies, and other local circumstances are interacting to maintain strong domestic prices in many monitored markets.

Even in this context of high food prices, the current global overweight and obesity epidemic is likely to expand. This will present even more challenges to the post-2015 efforts to reduce global malnutrition.

" As food prices remain high and volatile, unhealthy calories tend to be cheaper than healthy ones. This is the case of junk food in the developed world, but also of less nutritious food substitutes in poor households in developing countries. "

In fact, as food prices remain high and increasingly volatile, unhealthy calories tend to be cheaper than healthy ones. So as one malnutrition problem, undernourishment, is falling, overweight and obesity are on the rise.

The current multilateral discussions on the post-2015 Millennium Development Goals (along with the United Nations high-level meeting on the prevention and control of noncommunicable diseases) offer an unprecedented opportunity for integrating global and national collective action to fight all forms of malnutrition, from stunting to obesity.

Food Price Watch is followed by development professionals, students, journalists, economists and others with an interest in global food markets and nutrition.