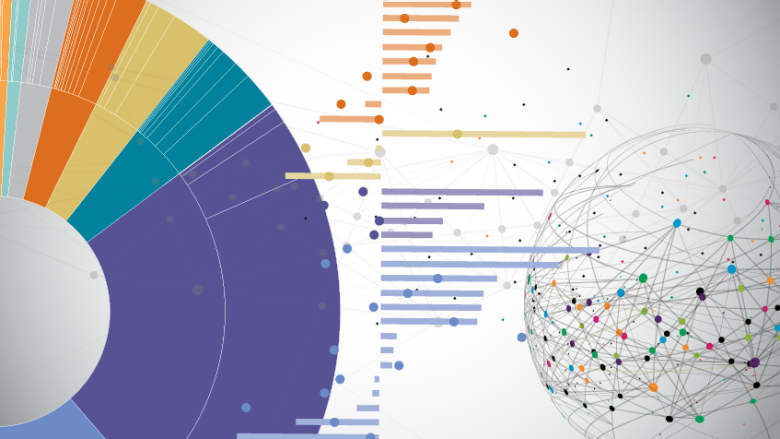 What is the Multidimensional Poverty Measure?

The Multidimensional Poverty Measure (MPM) seeks to understand poverty beyond monetary deprivations (which remain the focal point of the World Bank’s monitoring of global poverty) by including access to education and basic infrastructure along with the monetary headcount ratio at the $2.15 international poverty line.

The World Bank’s measure takes inspiration and guidance from other prominent global multidimensional measures, particularly the Multidimensional Poverty Index (MPI) developed by UNDP and Oxford University but differs from them in one important aspect: it includes monetary poverty less than $2.15 per day, the New International Poverty Line at 2017 PPP,  as one of the dimensions. Under this broader definition of poverty, many more people come into view as poor.

While monetary poverty is strongly correlated with deprivations in other domains, this correlation is far from perfect. The Poverty and Shared Prosperity 2022 report (World Bank, 2022) shows that almost 4 out of 10  multidimensionally poor individuals (39 percent) are not captured by monetary poverty, as they are deprived in nonmonetary dimensions alone. A country’s MPM is at least as high as or higher than monetary poverty, reflecting the additional role of nonmonetary dimensions to poverty and their importance to general well-being. By incorporating the different dimensions, the MPM can present the extent to which these deprivations arise and overlap.

The October 2022 update presents the 4th edition of the World Bank’s Multidimensional Poverty Measure (MPM). This edition includes the most recent data for 149 economies. A major update to the MPM database happens around March/April of every year, with the possibility of a smaller update in September some years.

Learn more about the MPM methodology and information on the current edition is this What’s New brief.

Download the latest data on the multidimensional poverty measure

(available in .pdf and .xlsx).

The data for the MPM is derived from harmonized surveys in the World Bank’s Global Monitoring Database. The latest estimates for the world are available for circa 2018, using household survey data collected within a three-year window between 2015 to 2021.

The MPM is composed of six indicators: consumption or income, educational attainment, educational enrollment, drinking water, sanitation, and electricity. These are mapped into three dimensions of well-being: monetary, education, and basic infrastructure services.

The three MPM dimensions are weighted equally, and within each dimension each indicator is also weighted equally. Individuals are considered multidimensionally deprived if they fall short of the threshold in at least one dimension or in a combination of indicators equivalent in weight to a full dimension. (See Table1). In other words, households will be considered poor if they are deprived in indicators whose weight adds up to 1/3 or more. Because the monetary dimension is measured using only one indicator, anyone who is income poor is automatically also poor under the multidimensional poverty measure.

Not all countries have current and comparable data on all the above dimensions, making it challenging to construct a multidimensional poverty measure, especially at the global level. More details on the methodology of the MPM are available here.

What does multidimensional poverty look like around the world?

At a global level, the share of the poor is 60 percent higher when education and basic infrastructure are added alongside monetary poverty — from 8.9 percent living below $2.15 per day to 14.7 percent deprived in at least one of the three dimensions. By comparing the monetary poverty dimension with indicators from other dimensions, it is possible to form a picture of how many multidimensionally poor are not captured by monetary poverty, as well as which indicator deprivations most affect well-being in the different regions (See Table 2). Indeed, almost four out of 10 (39 percent) multidimensionally poor persons are not captured by monetary poverty because they are deprived in nonmonetary dimensions alone.

Table 2. Monetary and Multidimensional Poverty Headcount, by Region and the World, circa 2018

Note: The monetary headcount is based on the international poverty line $2.15. Regional and total estimates are population-weighted averages of survey-year estimates for 123 economies and are not comparable to the monetary poverty measures presented in the PIP. The multidimensional poverty measure headcount indicates the share of the population in each region defined as multidimensionally poor. Number of economies is the number of economies in each region for which information is available in the window between 2015 and 2021, for a circa 2018 reporting year. The coverage rule applied to the estimates is identical to that used for the World Bank’s global monetary poverty measures (e.g., see annex 1A of World Bank, 2020). Regions without sufficient population coverage are shown in light grey.

b. The table conforms to both coverage criteria used for the global poverty estimate. The global population coverage for low-income and lower-middle-income countries are both 51 percent (also see annex 1A of World Bank, 2020).

The Multidimensional Poverty Measure was created by the Global Poverty Working Group (GPWG), an interdisciplinary technical working group established to improve the quality and frequency of poverty and inequality data, comprising members from the Poverty and Equity Global Practice and the Development Economics Vice Presidency Data Group (DECDG) and Research Group (DECRG).

The Global Monitoring Database (GMD) is the World Bank’s repository of multitopic income and expenditure household surveys used to monitor global poverty and shared prosperity. The household survey data are typically collected by national statistical offices in each country, and then compiled, processed, and harmonized. The process is coordinated by the Data for Goals (D4G) team and supported by the six regional statistics teams in the Poverty and Equity Global Practice. The Global Poverty & Inequality Data Team (GPID) in the Development Economics Data Group (DECDG) also contributed historical data from before 1990 and recent survey data from Luxemburg Income Studies (LIS). Selected variables have been harmonized to the extent possible such that levels and trends in poverty and other key sociodemographic attributes can be reasonably compared across and within countries over time. The GMD’s harmonized microdata are currently used in the Poverty and Inequality Platform (PIP), the World Bank’s Multidimensional Poverty Measure (WB MPM), the Global Database of Shared Prosperity (GDSP), and Poverty and Shared Prosperity Reports. Additional information on the latest country data can be found in see Castaneda et al., 2022.

Data for Goals (D4G) at data4goals@worldbank.org