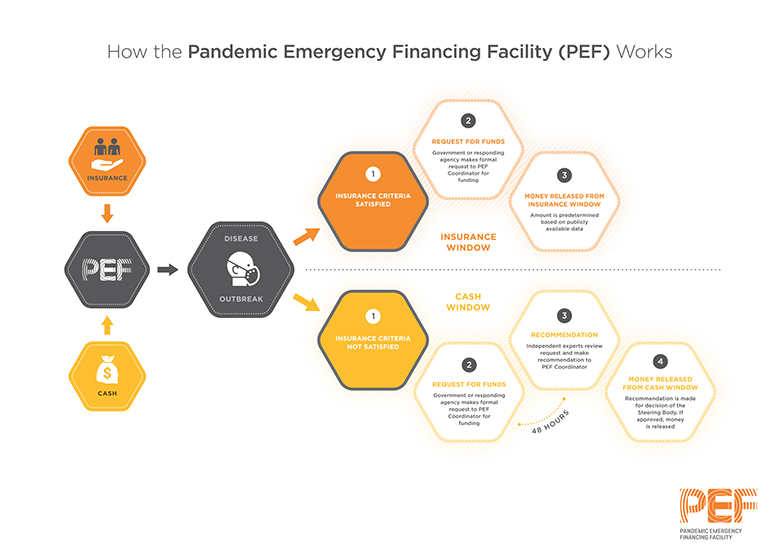 What is the Pandemic Emergency Financing Facility (PEF) and why is it needed?

Who is covered under the PEF, for what, and how much funding has it provided so far?

·         The PEF provides financing through two windows: a cash window and an insurance window. The insurance and cash windows are triggered in very different ways and are specifically designed to complement each other. To date, the PEF has paid out US$61.4 million from its cash window to fight Ebola in DRC, including $50 million for the current 10th outbreak.

What is the cash window of the PEF and how does it work?

What is the insurance window of the PEF and how does it work?

What is the governance structure of the PEF?

Is the PEF the only crisis support instrument of the World Bank Group?