Rapid Cash Assistance to Get Through the Crisis 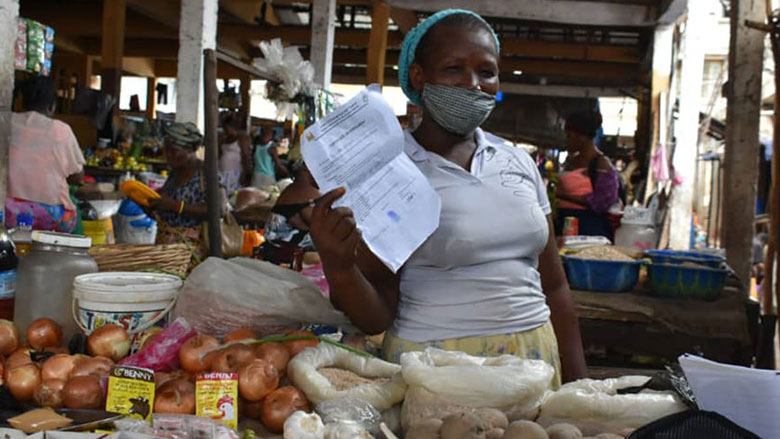 One of the beneficiaries of Sierra Leone COVID-19 response.

Responding to the impacts of COVID-19 in Western and Central Africa, the World Bank has supported the rapid, large-scale roll-out of cash transfers and employment assistance to the poorest communities since the beginning of the crisis. The World Bank supported 19 countries, including Benin, Burkina Faso, Cabo Verde, Cameroon, the Central African Republic, Chad, Côte d’Ivoire, Gambia, Ghana, Guinea, Liberia, Mauritania, Niger, Nigeria, the Republic of Congo, Senegal, Sierra Leone, and Togo. Thus, these World Bank-supported measures benefit about 50 million people (or 10 percent of the region’s total population).

The Western and Central Africa region has registered relatively fewer COVID-19 infections as compared with other parts of Africa. However, the socioeconomic impacts of lockdown measures have been severe. The regional economy is estimated to have contracted by 1.1 percent in 2020 — leading to the first recession in 25 years. Food prices rose, businesses were forced to shut down, and remittance payments from abroad were disrupted. Poor rural and urban populations were hit the hardest. In Nigeria alone, up to 5 million people (2.5 percent of the population) could be pushed into extreme poverty, and 1.3 million people in the Sahel (1.3 percent of the population) could be adversely affected as well. Across Sub-Saharan Africa, up to 40 million people are at risk of falling into extreme poverty.

In responding to this crisis, starting in April 2020, the Bank has supported the expansion of existing government social safety nets, particularly in urban areas. During pre-pandemic times, these programs delivered financial assistance and other services to the poorest. Using their established systems, they could quickly deliver cash to affected households  on a large scale, including during the COVID-19 pandemic. For example, in Mauritania and Niger, the IDA-financed response efforts have relied on existing social registries of poor households to identify beneficiaries. They then used existing payment systems to distribute cash rapidly. Additionally, existing structures offered the opportunity to implement cutting-edge digital solutions. For example, in Togo, beneficiaries were selected using machine learning, geospatial analytics and mobile phone metadata, an approach that Nigeria is now replicating.

Other IDA-financed measures have focused on helping vulnerable groups obtain jobs. For example, COVID recovery operations in a number of countries, including in Burkina Faso, Chad, Ghana, Liberia, Niger, the Republic of Congo, and Senegal, provide technical and life skill training to beneficiaries. 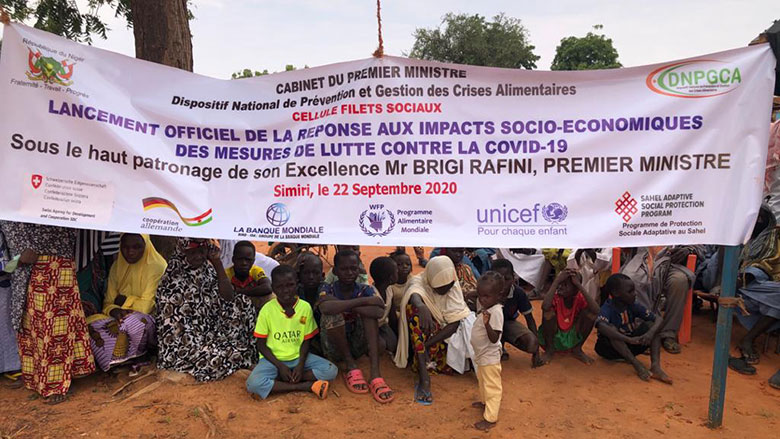 Across the Western and Central Africa region, some 49.7 million people benefit directly from the Bank’s COVID-19 social protection and jobs interventions. For example:

As of May 2021, the World Bank has supported 29 COVID-related social protection and job interventions across the Western and Central Africa region for a total of $1.7 billion.  Interventions include the following: 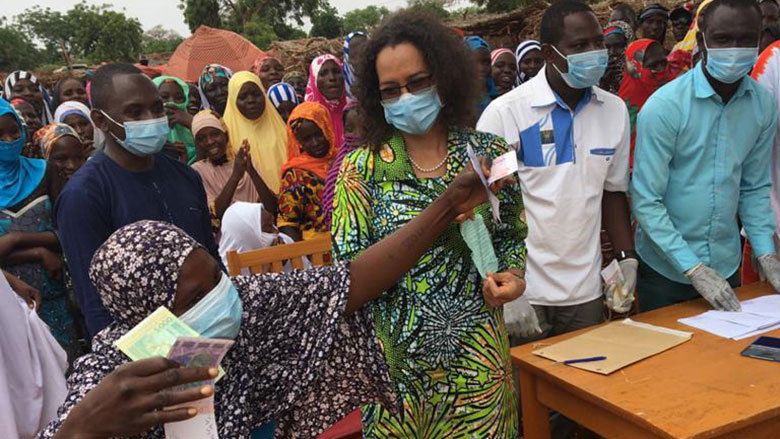 Delivering crisis relief through government social safety net systems is a prime example of the humanitarian-development nexus at work. Collaborating with humanitarian and other development partners, such as the World Food Program and the United Nations Children’s Fund (UNICEF), has been a key building block of many of the Bank-supported operations. Also, in all countries, non-governmental and private sector partners have played essential roles. Local administrative partners, such as mayors, have also often been instrumental. Donors have contributed with technical and financial support. For example, Denmark, Germany, and the United Kingdom have jointly committed more than $100 million for the COVID-19 shock response through the Sahel Adaptive Social Protection Program Multi-Donor Trust Fund.

Looking to the Future

The COVID response in the region has demonstrated the potential of providing “adaptive” social protection using existing social safety nets as a rapid and efficient mechanism for responding to shocks. These existing systems could also be used in future pandemics to respond to extreme climatic events or sudden refugee flows.

The COVID response was effective in countries with existing, robust social protection delivery systems. It also showed the importance of expanding social registries, moving to digital payment systems, and ensuring that good grievance redress mechanisms are in place. Building and strengthening these systems  will also be critical to the agenda of social protection in Africa, helping countries to better prepare for future shocks. Thus, this will be a core focus of ongoing and planned IDA operations.

Many countries in the region will continue to face the challenge of assisting vulnerable households. However, some interventions, such as those in Sahel countries, already have built in ‘Phase 2,’ which will support affected households for a longer period. It will also help them to rebuild and diversify their livelihoods, thereby supporting them against future shocks.

In Sierra Leone, Isatu Kamara, a market trader in Freetown, mother of five children and her household’s sole breadwinner, was one of the beneficiaries. Her business had slowed because of the pandemic, and she had used nearly all of her savings on food, transportation and medicine. During the crisis an unforeseen medical bill for her child exhausted what remained of her savings and left her reliant on gifts from friends and family. “This continued,” Isatu recounts “until the team from  the National Commission for Social Action (NaCSA) visited the market to directly target beneficiaries. I qualified to receive Sierra Leonean leone (SLL) 1,309,000 ($135). This was the turning point of my life. Now I have enough to continue doing my business and even expand … it.”