Building a Better Normal under COVID-19: Harnessing Digital Technologies in the Philippines 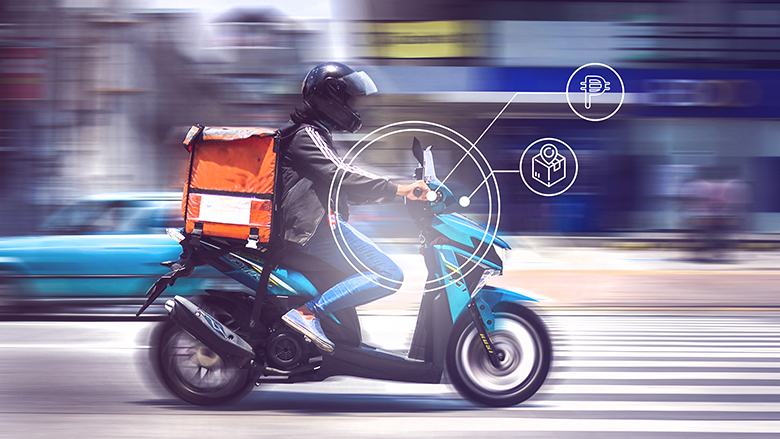 E-commerce activities in the Philippines accelerated during the pandemic.

The World Bank delivered a report on the digital economy that contributed to further the Bank’s engagements with the Government of the Philippines (GoP), informed government initiatives to improve global competitiveness, and guided policy formulation on digital infrastructure and doing business reforms.

When COVID-19 was declared a pandemic in February 2020, containment measures made digitalization essential for economic and social resilience. The Philippines, unfortunately, has not been able to leverage digital technologies to their full extent because of poor access to affordable and high-quality internet and long-held analog practices. Consumers experience slower download speeds and pay more than many of their ASEAN peers. These gaps contribute to a digital divide in the country with about 57 percent of households not having internet access in 2018, and thus, unable to reap the benefits of digitalization. This analytical report articulated this digital divide in the context of the COVID-19 crisis, that has contributed to unequal access to services delivered via the internet. For example, the shift to remote learning has left poorer children with limited internet access falling behind their wealthier, more connected counterparts. Moreover, work-from-home arrangement has been difficult for workers with unreliable internet connection.

A World Bank team embarked on a study to assess the state of the digital economy in the Philippines, identify the key challenges to digital adoption, and provide policy recommendations to improve the enabling environment. The study deep dived into the key areas of the digital economy including on digital infrastructure, digital payments, logistics and taxation, and the business environment. Policy dialogues and dissemination activities ensured that the recommendations reached the relevant government counterparts.

The multifaceted nature of the digital economy required close collaboration with different government stakeholders. Effective client relation led to the establishment of the Philippines Digital Economy Steering Committee in early 2019. The committee consisted of representatives from key government agencies to lead cross-agency coordination and the clearance of the report’s recommendations. Direct engagement with the steering committee raised the likely implementation of the policy recommendations.

Sharing drafts with counterparts ahead of the report’s completion signaled the urgency of the digitalization agenda. Dissemination also included roundtable discussions and bilateral dialogues, which contributed not only to new engagements, but also provided an opportunity to obtain feedback on preliminary findings. The report was jointly launched by the World Bank and the National Economic and Development Authority, bringing together a diverse set of audiences including the public sector, private sector, development partners, academia, and civil society.

The effective partnership between the World Bank and the Philippines Digital Economy Steering Committee, coordinated by the National Economic and Development Authority, delivered notable results:

The International Bank for Reconstruction and Development (IBRD) financed the analytical study with a resource envelope totaling US$336,883 spread over two years.

Supporting the growth of the digital economy has emerged as a key priority of the government, where the collaboration with the World Bank continues beyond the publication of the report.

“This Philippines Digital Economy Report launch comes at an opportune time as the country navigates through the pandemic. […] We really needed to fast-track these reform agenda.  As relevant as this report is given the current environment, what is more anticipated are the subsequent public and private endeavored initiatives that will lay down the fundamentals to allow for an accelerate digital transformation in the country.”  -Dr. Rosemarie Edillon, Undersecretary for National Development Policy and Planning, National Economic and Development Authority, during the launch of the Philippines Digital Economy Report