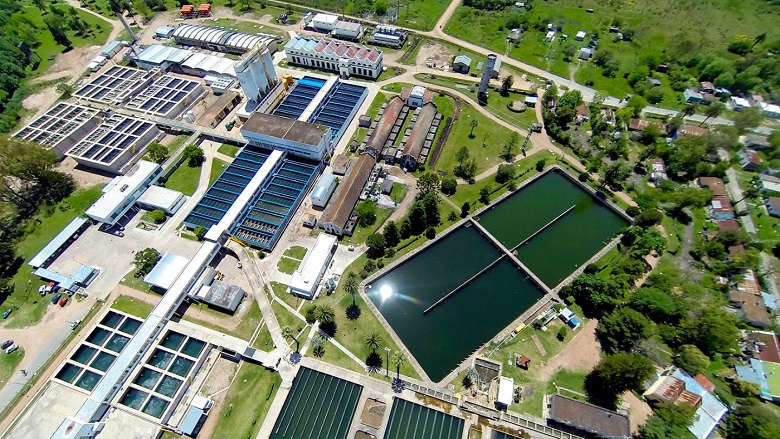 Uruguay’s National Water Supply and Sanitation Company (Obras Sanitarias del Estado, OSE) has transitioned from a slow-moving public utility to a well-performing one, shifting its focus from infrastructure rehabilitation to modernization. Nevertheless, and despite the progress made, OSE still faced numerous challenges, including  (a) the need to improve the resilience and reliability of its water supply and sanitation (WSS) systems and its capacity to plan for risks to meet current and future needs; (b) low operational efficiency, as illustrated by high levels of non-revenue water (NRW) and energy consumption; and (c) weak management capacity. While the systems targeted by previous efforts made some progress in recovering large volumes of water, OSE’s water loss reduction approach, based on districts of measurement and control (DMC), needed to be expanded. In addition, with electricity costs accounting for 13 percent of its total operating costs, OSE needed to improve its energy consumption levels.

The Uruguay OSE Sustainable and Efficient Project aimed to overcome these three challenges. To improve reliability and resilience of Uruguay’s WSS services, the project aimed to add redundancy to the water intake in Montevideo’s water treatment system, to rebuild the water treatment plants (WTP) in two cities above the flood plain, and to undertake nonstructural measures, such as studies to improve sludge and asset management in wastewater treatment plants (WWTP). Methods of improving OSE’s efficiency included support for and implementation of an Energy Efficiency Plan and revamped NRW reduction programs. To improve OSE’s management capacity, the project helped develop a long-term, strategic plan to thoroughly analyze and mitigate potential risks, an achievement measured using the Business Management Efficiency Index (BMEI), an index developed by the World Bank team and OSE to track its progress toward key corporate goals. Based on the water utility rating system developed by the International Water Association (IWA) and tailored to OSE's work program and goals, the BMEI created a steppingstone for more advanced benchmarking and utility scorecards for improved OSE operations. 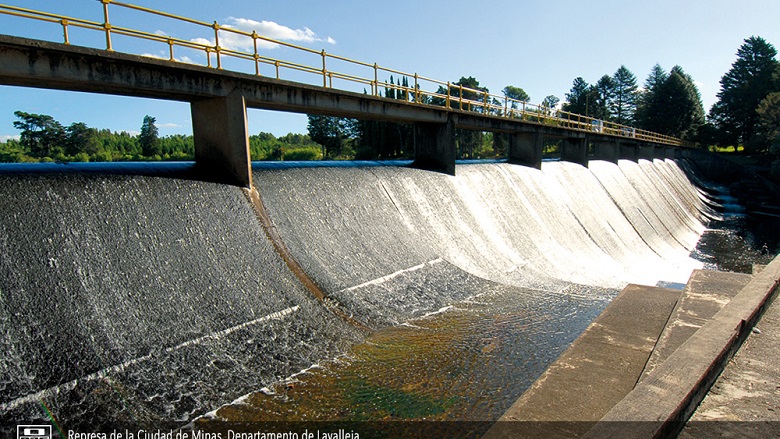 Between 2013 and 2019, numerous achievements followed these efforts. 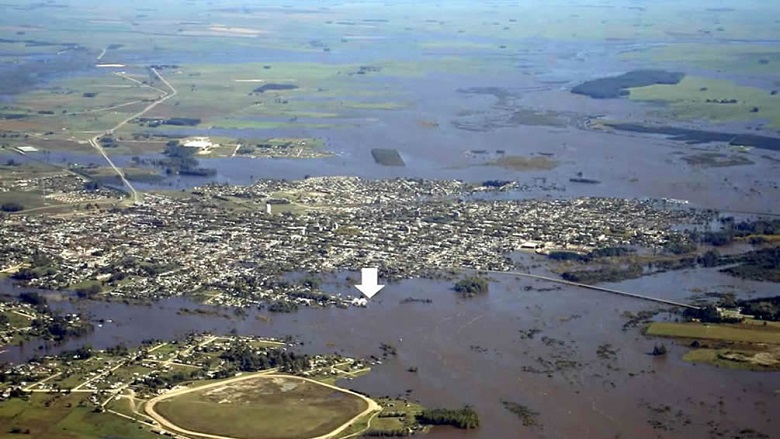 (2007 Flood in Durazno, the arrow shows the location where the WTP used to be)

The World Bank, through the International Bank for Reconstruction and Development, provided a loan in the amount of US$42 million to finance this project. The World Bank provided loans totaling US$77 million to finance the two phases of the OSE Modernization and Systems Rehabilitation Project (APL-1 and APL-2), which set solid foundations on which the project could build.

Throughout project implementation, the Bank Team and OSE sought to create a “knowledge in/ knowledge out” collaboration network with other WSS companies across the region and worldwide to both learn from and provide capacity building to these partners. For example, in 2015, OSE received representatives from Panama’s Institute of Aqueducts and Sewers, who were interested in OSE’s approach to reducing NRW, as well as a world expert in ozonation to support OSE in enhancing its knowledge of advanced water treatment technologies. In 2017, OSE shared its micro-metering experience with several utilities from northern Argentina, and OSE representatives later travelled to Peru to learn from the Lima WSS utility about its experience with nonconventional sanitation solutions. Other knowledge exchanges occurred in 2018, when a delegation from Honduras visited OSE to learn from the Uruguay utility about its experience with water treatment technologies, strategic planning, and NRW reduction, and in 2019, when experts from Portugal’s National WSS utility provided OSE with technical assistance in risk management, addressing water safety plans and drinking water sludge treatment.

Besides reporting more broadly on the 433,900 households that benefited from more reliable and resilient water and sanitation services, OSE conducted a satisfaction survey between April 2018 and November 2019 to gauge the impact of the improvements in service after the Durazno and Treinta y Tres WTPs were rehabilitated. The results showed overall consumer satisfaction with the continuity of the service, with 97 percent satisfied in Durazno and 89 percent in Treinta y Tres, despite the two cities having been subject in 2019 to two significant adverse events and precipitation above the historical average in both departments.

The World Bank’s multifaceted support to the water sector and OSE over the years supported the utility in strengthening its physical infrastructure, efficiency, and management practices. These efforts, including those under this project, significantly contributed to improving OSE’s financial performance and creditworthiness. This in turn enabled the utility to launch a bond program in 2017 to raise financing from the domestic capital market and to successfully issue 22-year bonds worth US$32 million. These bonds, issued by a trust (fideicomiso), have been placed with Uruguayan insurance companies/pension funds, and, due to OSE’s favorable BBB+ investment grade credit rating, the bonds were fully subscribed without needing the support of development finance institutions. A year later, in April 2018, OSE’s credit rating improved to A- and on May 23, 2019, OSE issued two new series of bonds worth close to US$30 million. The funds that OSE raised from bond financing have reduced the utility’s borrowing costs and improved its debt profile with regard to foreign exchange risk and loan tenure, giving OSE flexibility in executing its investment plans for 2017–2020. OSE is now considering issuing bonds without the need for a trust.

Although OSE has made progress in piloting asset management practices, these currently apply only to limited categories of assets. Going further in this direction would be an important step toward institutionalizing this practice and improving management maturity.