Uruguay: Strengthening Creditworthiness of the Water and Sanitation Sector 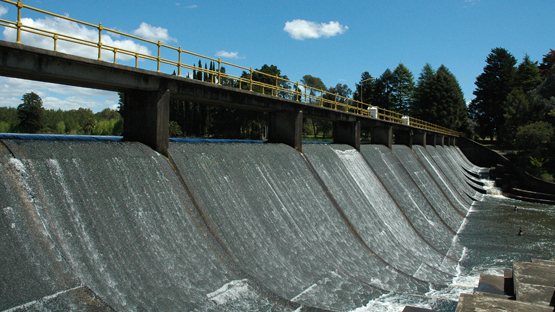 Three decades of World Bank support, together with other development partners, have helped transform Obras Sanitarias del Estado (OSE) from an inefficient water and sanitation services provider into a well-regarded public utility that provides drinking water to 98 percent of Uruguayans and sanitation to over 51 percent (Sanitation coverage excludes the department of Montevideo where the municipality provides the service.) Its improved financial performance earned OSE a favorable investment grade credit rating that enabled it to tap capital market financing through bonds in 2017, helping the utility sustain investments to achieve universal water and sanitation access.

Water and sanitation services in Uruguay in the 1980s was inefficient and provided limited coverage. Labor productivity was low, with 12.7 employees per 1,000 connections in 1987, and water losses were as high as 47 percent due to aging pipes and illegal connections. Access to drinking water covered 75 percent of the population and sanitation coverage was only 27 percent. Further challenges came from severe floods and droughts between 2007 and 2010 and from intensification of agriculture, both of which threatened water supply and quality. OSE addressed these challenges through institutional reforms and infrastructure investments. However, it faced a financing gap to meet its annual as well as future investment needs.

The World Bank’s multifaceted support to the water sector and OSE over the years supported the utility in strengthening its physical infrastructure, its efficiency, and  its management practices. These efforts significantly contributed to improving  OSE’s financial performance and creditworthiness as well as its reputation. This  in turn enabled the utility to obtain private sector financing in 2017 through a  local currency bond series on Uruguay’s capital markets.

The World Bank, a partner for water and sanitation in Uruguay since 1988, has provided more than $141 million in loans that have enhanced the sector’s overall financial sustainability and expanded services. These programs also targeted support for water loss reduction, established new environmental and social units at local levels, and implemented a performance benchmarking system. Customer service has gradually improved, as have accounting and service quality regulations for the sector.

In the early 2000s, Uruguay’s government undertook decisive reforms that improved water and sanitation services. It established stricter accountability by separating policy functions from those related to service provision. OSE was assigned responsibility for providing water supply and sanitation  services to the whole country, apart from sanitation services  in Montevideo.

The World Bank’s support also assisted in the expansion of sanitation networks in rural communities through the construction of new wastewater treatment plants. Current efforts also support protecting the Santa Lucia river basin that provides drinking water to more than 60 percent of Uruguayans.

While building its institutional capacity, OSE estimated it needed $100 million annually in investments to achieve universal access by 2020 and reduce non-revenue water. In 2017, it launched a bond program to raise financing from the domestic capital markets, a key step made possible through the earlier improvements and the BBB+ investment grade credit rating it obtained that year. OSE successfully issued 22-year bonds—Uruguayan peso 250 million inflation-indexed units worth $32 million with a 3.95 percent nominal interest rate. The main investors were local pension funds and thanks to OSE’s favorable credit rating, the bonds were fully subscribed without the need for the support of development finance institutions. A year later, in April 2018, OSE’s credit rating improved to A- and OSE is planning two more bond issues over the next three years.

The funds that OSE raised from bond financing have reduced the utility’s borrowing costs and improved its debt profile with regard to foreign exchange risk and loan tenure, giving OSE flexibility in executing its investment plans for 2017-2020. These funds will complement the $550 million allocated to the sector by the government under the National Strategic Infrastructure Plan 2015−2019. By the end of 2018, OSE had invested $386 million of that allocation.

"The World Bank is an important financial partner for OSE in the implementation of projects. OSE’s trust fund, through which it will be possible to invest in priority water and sanitation works, is an additional financing tool that allows OSE to efficiently finance operations and guide its use of resources with greater flexibility."
Ing. Milton Machado
President of OSE

It took several decades of reform and investment to achieve sustained gains for the sector. Labor productivity improved to 3.7 in 2017, which is in line with good international practice. While water loss continues to be a challenge, OSE’s efforts and use of modern metering methods are leading to measurable improvement. From 2012 to 2017, it recovered about 52 million cubic meters of water per year, corresponding to 53 days of water production worth $23 million.

The World Bank’s support, along with other development partners, has strengthened OSE’s creditworthiness and its ability to secure private capital financing. It is a regional example of institutional, operational, and financial practices demonstrating that it is possible for a public utility to rely on its revenues to finance its operations and investments.

Since 1988, the World Bank has supported Uruguay’s public water and sanitation institutions in capacity building, financial reforms, and infrastructure investments through loans of more than $141 million.

Through its fourth loan of $42 million (2012-19), the World Bank is helping the country’s national utility to complete a series of measures to modernize its management and operational practices.