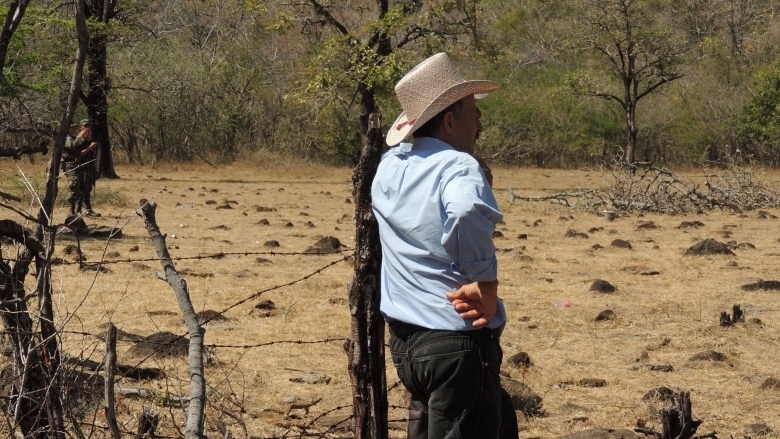 Honduras strengthened the institutional capacity of its Ministry of Environment (MiAmbiente), integrating climate resilience into the development agenda and prioritizing water as a sector with significant impact on the livelihoods of the most vulnerable. Since 2017, dialogue has taken place among the institutions leading the adaptation and water agendas, and resources have been leveraged to design and finance the country’s first Strategy Program for Climate Resilience.

Honduras is susceptible to extreme weather events, the results of which are exacerbated by anthropic actions and climate change, the effects of which disproportionately affect the poor. According to the Global Climate Risk Index 2016, published by Germanwatch, Honduras was the country most affected by extreme weather events during the 1995–2014 period. Estimated annual economic losses from weather events were equivalent to 2.23 % of the nation’s GDP during that period. In recent years, droughts have become more frequent and severe, affecting increasingly larger areas. This includes Honduras’s Dry Corridor, one of the most vulnerable areas to climate shocks, especially from frequent rainless periods that limit the availability of water for human consumption, agriculture, and energy. The Dry Corridor is home to approximately 2.2 million people, 76.7 % of whom live in poverty and 64.5 % of whom live in extreme poverty.

Improving resilience to water scarcity and flooding in hazard-prone areas is one of the key challenges to planning for better handling of long-term vulnerability. Similarly, improving water resources management is critical to sustaining the main productive sectors, particularly those in the Dry Corridor in Honduras, and to reducing the current high rates of poverty. Improved water resources management involves better planning, construction, and monitoring of relevant hydraulic infrastructures. To better understand climate risk and its effects on water security, the Honduras Pilot Program for Climate Resilience (Phase 1), commonly referred to as the PPCR, fostered the first Strategy Program for Climate Resilience (SPCR), which identified water as the main priority area, and provided the investment required to follow through on the program over the short, medium, and long term.

As a result of project financing, Honduras developed a comprehensive SPCR, which was endorsed by the government and presented to the Climate Investment Fund (CIF) in December 2017. This strategy has informed the National Adaptation Agenda and made a priority of preparing water security policies, strategies, and projects, including the Water Security Strategy for the Dry Corridor of Honduras developed in 2019. The SPCR and Water Security Strategy were instrumental to informing the dialogue on and the design of two strategic Bank-financed lending operations in the water sector, leveraging approximately US$120 million in investments. These projects, which are expected to become effective in fiscal year 2021, aim to address the impact of climate change while improving water security and water supply services in the country’s vulnerable areas. The project also set the course for improved national and local-level water management capacities by promoting dialogue around the bylaw to operationalize the National Water Authority (pending approval) and the bylaw to establish the Water Basin Councils (approved in 2019), which were included as key reforms of the country’s Development Policy Credit (DPC) with a Catastrophe Deferred Drawdown Option operation, currently under implementation.

The World Bank, through the Climate Investment Funds (CIF) and Multi-Donor Bank Committee, in March 2016 financed the project under a recipient-executed trust fund grant of US$1,400,000.

The grant activities were implemented through Inversión Estratégica de Honduras (INVEST-H), although the Ministry of Environment remained responsible for coordinating the project’s technical aspects. The SPCR preparation process drew from broad-based consultations at the institutional level, including relevant ministries/agencies, NGOs, academia, and municipal governments. Importantly, multilateral development banks, including the Interamerican Development Bank (IDB), partnered with the World Bank Group to help the government define the scope of the PPCR grant and eventually prepare the SPCR.

The main project beneficiaries were the Ministry of Natural Resources and Environment and related governmental and local institutions that lead the climate adaptation agenda, including, among others: (i) the Ministry of Disaster Risk Management and National Contingencies; (ii) the Forestry Conservation Institute; (iii) the Ministry of Agriculture; and (iv) the municipalities involved in the different lending projects. The SPCR was prepared with widespread participation involving central and regional events engaging multiple sectors.

The former Minister of Environment noted the importance of the SPCR in leveraging additional financing to support climate adaptation in Honduras. “The SPCR is a participatory process, prepared through a series of workshops held to review progress in the adaptation and mitigation agenda and to analyze and prepare the strategy that will include a portfolio of adaptation projects; to do so, the country has obtained 1.4 million dollars grant through the PPCR initiative with expectation to leverage approximately 200 million dollars in climate adaptation projects for Honduras.”

The strategic priorities for climate resilience developed under Honduras’s SPCR have all been outlined with a strong focus on water. As part of the country’s ongoing PPCR engagement, the Bank is supporting the government of Honduras in advancing its water and climate resilience agenda, namely by leveraging US$120 million in investments to further activities mainly under the SPCR’s water-related subprograms. These investments include two Bank-financed projects —Water Security in the Dry Corridor and Urban Water Supply Strengthening — both of which stem from the SPCR development process and are considered part of the COVID-19 response package for the government of Honduras. In addition, a grant totaling US$1 million to finance the second phase of the Honduras’s PPCR has recently been endorsed by the CIF.

Pilot Programa for Climate Resilience, by Ministry of Enviroment