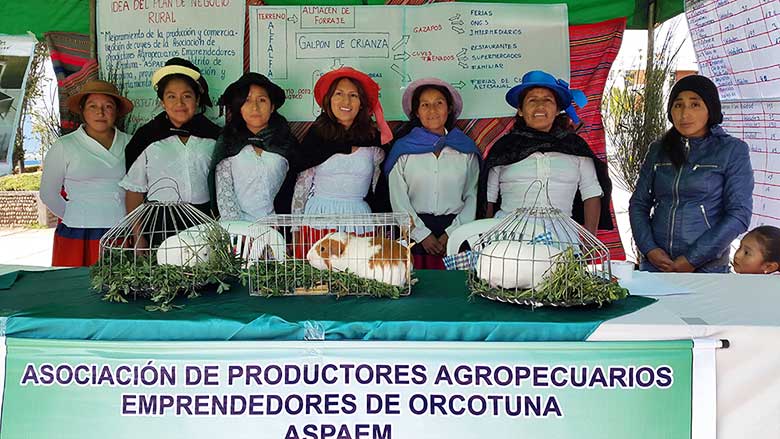 The government of Peru, through the Agrarian Productive Development Program of the Ministry of Agriculture and Irrigation and local producer groups, addressed lagging productivity and economic growth in six Sierra regions, bringing their rural poor into greater equity with other regions and segments of the country already experiencing improving macroeconomic and social indicators.

Since the start of the 2000s, in much of the country, Peru experienced relatively steady levels of economic growth and significant improvements in its macroeconomic and social indicators. Levels of inequality remained high, however, and Peru’s rural poor faced critical obstacles — such as limited access to productive markets and public services and high transaction costs — that limited their productivity, competitiveness, and innovative production processes.

The Sierra Rural Development project, commonly referred to as ALIADOS, focused on improving the economic conditions of the Peruvian rural poor. To this end, ALIADOS supported farmers and local organizations in designing, creating, and consolidating rural business plans and community-led territory development subprojects that aimed to (i) build and consolidate productive alliances and increase market access, and (ii) improve food security by increasing basic agriculture and livestock assets. ALIADOS was implemented in two phases, in 2008–2013 and in 2013–2017, by the Agrarian Productive Development Program (AGRORURAL), a government unit under Peru’s Ministry of Agriculture and Irrigation. AGRORURAL operated through co-financing schemes with local producer groups to provide workshops and promotional activities aimed at guiding and advising beneficiaries. These efforts included 1,427 territory development projects and 1,548 rural business plans. At project close in 2017, around 75 % of the total beneficiaries (87,723) had increased their productive assets by over 65 %, compared to 2008; rural businesses had increased their net sales volumes by over 35 % from 2013 to 2017; and this community-driven project had contributed to overall national efforts to revitalize the economy of the Peruvian Sierra region, benefiting 87,723 households.

ALIADOS improved the assets and economic conditions of rural producer groups and strengthened the government’s capacity to implement a rural strategy for the Sierra region. The project contributed to the following significant results:

In addition, the project had significant impacts in other areas, such as female empowerment, private and public sector financing mobilization, poverty reduction, and shared prosperity.

Unintended but meaningful impacts such as the participation of the youth and institution building were also project benefits. For instance, many beneficiaries had their first interaction with financial services as a result of the project. Many of the producers who organized and worked together for the first time under the project continue to operate collectively. 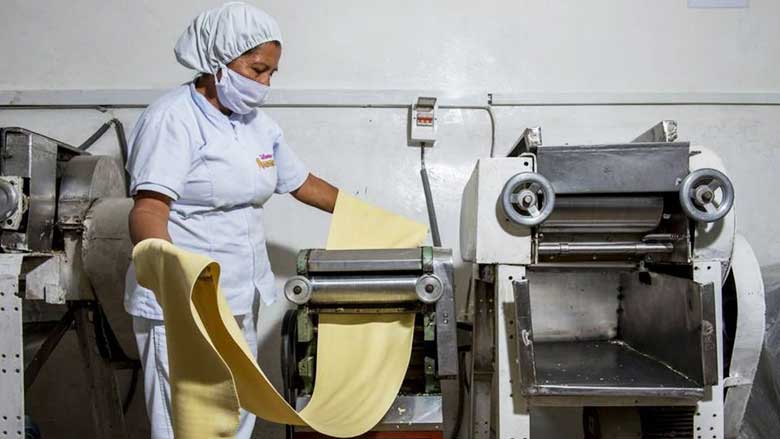 The World Bank, through the International Bank for Reconstruction and Development, provided a loan in the initial amount of US$19.833 million for the first phase of ALIADOS and an Additional Financing of US$19.315 million to support the second phase. Co-financing from both the government of Peru (US$12.7 million) and project beneficiaries (US$13.9 million), helped finance both rural business plans and territory development projects.

The project’s success was deeply rooted in the experience, commitment, and capacity of AGRORURAL, a unit within the Vice-ministry of Development of Agricultural Infrastructure and Irrigation that served as the project’s implementing agency.

During the implementation, representatives of civil society, including local and regional governments, producer associations, and farm communities, among others, formed Local Resource Allocation Committees, the main function of which was to evaluate the proposals presented by competing local organizations to access public funds. These bodies created a transparent environment and encouraged producers to design strong proposals. They are a good examples of citizen participation.

“We are all better, the families, the children. If there were no Aliados project, we wouldn’t have anything at all; we wouldn’t have made it. Thanks to the project, we have a tub, table and molds; we have bought many things,” says Gustavo Quito, a cheese maker from Junín.

Juana Ventura, a noodle manufacturer in Apurimac, says: “Before, our children didn’t go to school; now they go to school, to universities, some even attend private ones. We’re doing better than before. That’s why I get so emotional….”

Dionisio Galindo, a textile crafts manufacturer in Huancavelica, says: “Now, we’ve changed for the better. Before, we lacked many things, even food. But now, and thanks to Aliados, we are improving our diet, our health and for our children, their nutrition too.”

An important legacy of the project is the strengthening of community and producers’ capacities for resource management, collective action, and organization. Various elements of the project’s design and implementation will continue to contribute to Ministry of Agriculture and Irrigation efforts to implement the National Plan for Family Agriculture, with the objective of sustainably improving family farmers’ incomes. A point to highlight in this framework is that the project promoted lasting investments, particularly giving central decision-making and execution roles to farmers' communities and organizations for subprojects, thus fostering greater participation and empowerment of local and regional institutions.

The project also demonstrates the importance of leveraging and coordinating public and private financing to achieve transformative effects in the agricultural sector and in the lives of rural populations. The ALIADOS project offers valuable experience from which to draw lessons for future initiatives. 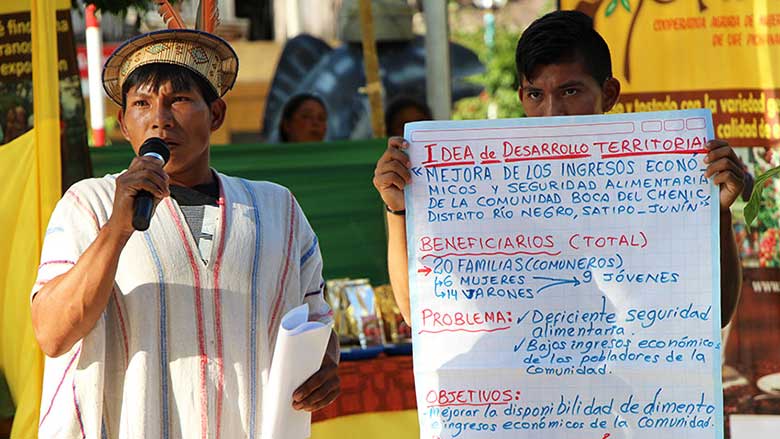 Aliados I videos: Rural Business and Community Development Projects in the rural highlands of Peru (6 videos)