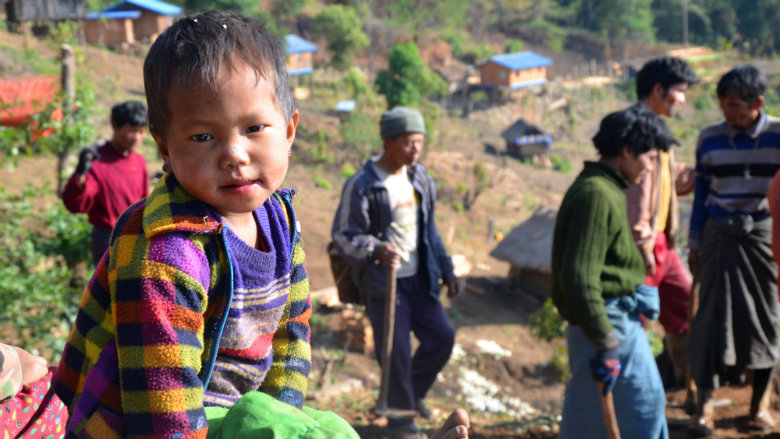 Since 2013, Myanmar’s National Community Driven Development Project has benefited more than 7 million people in 63 townships (approximately 20 percent of the country) and more than 12,000 villages, through financing of over 35,000 sub-projects that improve basic infrastructure and services such as roads, bridges, jetties, water, schools, and electricity.

Given decades of military rule and top-down development approaches that favored large-scale infrastructure investments, Myanmar’s rural communities, especially in more remote areas, received little outside assistance from government. When the project began in 2012 poverty data was scarce, but estimates put rural poverty rates at least double that of urban areas, and access to social services was severely constrained. Even by 2017, the rural poverty rate was almost three times higher than in urban areas, 40 percent of rural households lacked access to clean drinking water, 25 percent lacked access to sanitation facilities, and 22 percent were without electricity. But in 2012, then-President Thein Sein articulated a shift to a “people-centered approach” to development that would put greater attention on the delivery of services, allocate a greater proportion of government budget to health and education, and shift from “top-down” to “bottom-up” planning.

As with other community-driven development (CDD) projects, the National Community-Driven Development Project (NCDDP) invested heavily in capacity building and facilitation support for community members who would take direct responsibility for identifying priority development needs and implementing solutions such as basic infrastructure “sub-projects” at the community level.  In the first two years, the project did not operate in conflict areas, but now more than one-third of project areas are considered conflict-affected.

The NCDDP mainstreams gender issues by ensuring that women benefit equally from project investments (currently 52 percent of beneficiaries are women), actively participate on project committees and sub-committees (50 percent of members), allowing women-only groups to identify priority community needs and requiring at least one women-priority sub-project to be funded per year, and requiring equal pay for equal work (currently women have received 33 percent of wages paid under the project).

To reinforce accountability and transparency, the project has a robust grievance handling mechanism that has received more than 26,000 comments or complaints since the project began, of which around 5 percent are considered serious or “core” grievances. To date 99 percent of grievances have been resolved within an average of 10 days.

The World Bank supported the government’s reorientation to a more people-centered and bottom-up approach by helping to design the National Community-Driven Development Project (NCDDP). This project was financed with an $80 million International Development Association (IDA) grant and was the World Bank Group’s first operation in Myanmar in over 20 years. The new project drew on the Bank’s almost 20 years of experience developing and overseeing community-driven development (CDD) projects all over the world.  The World Bank has provided a US$80 million IDA grant and additional financing of US$400 million through an IDA credit. The project has also benefited from a US$3 million grant from a multi-donor trust fund grant with funding from the United Kingdom.

The Governments of the United Kingdom and Italy are co-financing partners to the NCDDP, and the United Kingdom is a close partner in related analytical work in sub-national governance and fragile and conflict-affected contexts. All implementation support missions are conducted jointly. The Bank’s task team also worked closely with the Asian Development Bank in the roll-out of their parallel community-based pilot project that built on the NCDDP platform.

Efforts are underway to see how best the NCDDP platform can be more closely integrated with the country’s sub-national planning and investment systems. The project has analyzed the opportunities and constraints to closer integration with the local development planning process and has capitalized on opportunities for co-financing by states and regions. Similar arrangements have been successfully explored in Indonesia and the Philippines. The World Bank’s project team is also working with the Department of Rural Development to explore ways to mainstream key project elements that support social accountability and environmental and social safeguards.