The Road to Universal Health: Coverage The Argentinean Experience – the SUMAR Program 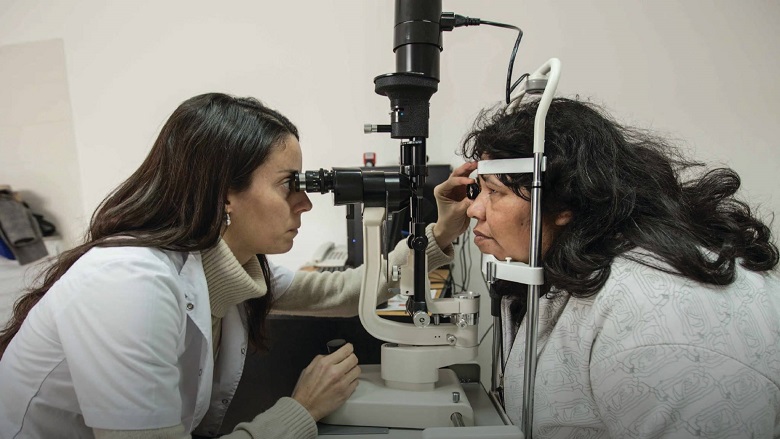 Building on the experience of the flagship Plan Nacer Project – a pioneering Results-Based Financing (RBF) initiative that started in 2004 – the SUMAR Program has delivered health insurance and secure access to preventive health services to more than 16 million uninsured children, adolescents, and adults up to the age of 65 across Argentina, and expanded health care interventions to include cancer prevention, sexual health and the prevention of noncommunicable diseases, among others.

Argentina’s health system has historically been split into three distinct regimes: i) the contributory social security sector (covering 57 % of the population); ii) the contributory private health insurance sector (5.1 % of the population); and (iii) the public sector, providing free health care services to all but mostly used by the uninsured (37.9 % of the population). The uninsured, which consist mostly of the poor and vulnerable, have access to free, non- contributory (tax-financed) health care at health facilities in the public sector. However, services received from these health facilities are often of uneven quality. In addition, the uninsured are underserved in terms of preventive care.

In 2004, Argentina embarked on a series of reforms supporting the incremental development of universal health coverage for the uninsured. The pioneering Plan Nacer program, supported by a previous Bank-financed project (Provincial Maternal-Child Health Investment Project), provided financing for an explicit package of maternal and child health services for eligible health beneficiaries, consisting of uninsured pregnant and lactating women, as well as uninsured children under six. The SUMAR program is the successor to Plan Nacer, and builds on Plan Nacer’s success. As in the case of Plan Nacer, it emphasizes preventive health care services for the uninsured, while mandating the attainment of predefined quality standards for the services provided. While retaining the essential design features of Plan Nacer, SUMAR included new population groups (uninsured children aged 6 to 9 years, uninsured youth aged 10 to 19 years and uninsured adults aged under 65). Health care interventions supported under SUMAR (such as maternal and child health services) were also expanded to include, among others, cancer prevention, sexual health and prevention of noncommunicable diseases, as well as interventions to support the federal network for treating congenital heart disease. At the same time, SUMAR retained the results-based financing mechanisms that had been implemented under Plan Nacer at the provincial government and health care providers levels.

Overall, the SUMAR program had a significant impact on increasing utilization of key health services for the uninsured population, in terms of both coverage and intensity of use, between 2010 and 2019:

• The proportion of eligible children, youth and women aged 19-65 with effective health care coverage increased from 7 % to 50.4 %.

• The proportion of eligible pregnant women receiving pre-natal check-ups before the 13th week of pregnancy increased from 15 % to 41.5 %.

• The proportion of eligible children under 10 years of age receiving complete health check-ups according to protocol increased from 15 % to 69.8 %.

• The proportion of eligible women between 25 and 64 years of age with at least one cervical cancer screening every two years increased from 5 % to 25 %.

• A total of 8,000 public health providers and all 24 provincial jurisdictions participated in the SUMAR program.

The World Bank, through the International Bank for Reconstruction and Development (IBRD), provided an initial loan of US$ 400 million and an additional loan totaling US$ 200 million to the Provincial Public Health Insurance Development Project.

In partnership with the World Bank-administered Health Results and Innovation Trust Fund (HRITF), financed by the Governments and Norway and the United Kingdom, an evaluation agenda for the SUMAR program was established. This included the completion of the quasi-experimental impact evaluation of the Plan Nacer[1]; strategic expansion of the Program's scope[2]; and operational fine-tuning[3] and institutionalization[4].

This operation reflects the long-term goals of a national policy focusing on the gradual development of universal public health insurance, in support of the overall aim of providing effective health coverage for all. SUMAR is the successor to the pioneering Plan Nacer program, which used a Result-Based Financing approach to incentivize the provision of health insurance and effective health coverage for the uninsured. The program has established, in Argentina, the importance of a results-based approach and the importance of effective universal health coverage including for the poor and vulnerable. In other words, the program has achieved a degree of sustainability in the country and has generated support across the political spectrum. The Bank-financed Supporting Effective Universal Health Coverage Project, approved by the World Bank’s Board of Executive Directors on 18 May 2018, continues these efforts towards the achievement of universal health care (UHC) coverage, consolidating and deepening access among the target population while further incentivizing systemic changes in support of UHC.

In addition, in partnership with the World Bank’s Umbrella Facility for Gender Equality (UFGE) and the World Bank’s Mind Behavior and Development (eMBeD) unit, the project supported the implementation of a socio-emotional skills pilot for vulnerable adolescent girls in the northern provinces with the objective of improving the impact of the ongoing services covered under SUMAR for teenagers.

SUMAR, as the successor program after Plan Nacer, constituted the next step in the incremental reform process to provide health care coverage for the uninsured. It included new population groups as beneficiaries: children aged 6 to 9 years, youth aged 10 to 19 years and adult population aged under 65 without formal health insurance. In total, there were 15 million uninsured mothers, children, youth and adults who were beneficiaries under the program.