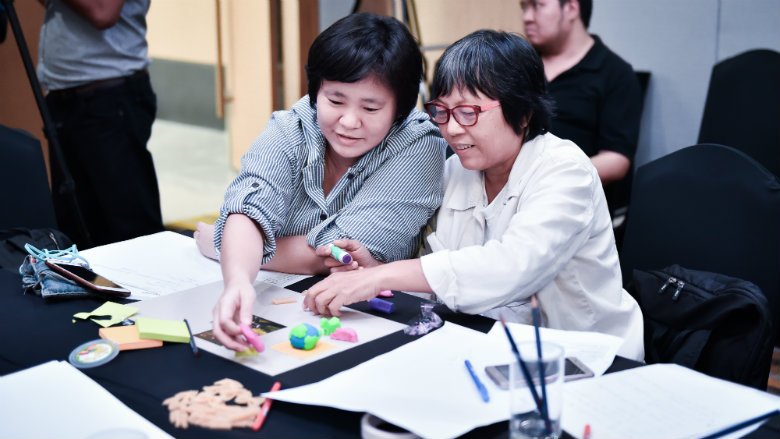 “In this partnership, our department gained new knowledge and experiences from the Department of Industrial Works, World Bank experts, and others. We were able to expand our networks to students and others across the country, people who we never connected with before. Finally, we were able to get policy prototypes through a hackathon that we organized together, which solicited new ideas and approaches from stakeholders to develop a bottoms-up policy that will protect the ozone layer through the reduction of hydrofluorocarbons (HFCs) in Thailand.”

The World Bank has partnered with Thailand’s government and private sector since 1994 to help industries reduce the use of ozone depleting substances used in refrigeration, air-conditioning, foam manufacturing, aerosol production, and fire retardants. Since ozone depleting substances are high global warming gases, phasing out of ozone depleting substances also benefits climate protection. The Bank has worked closely with Thai industries for more than two decades to transfer technology and know-how on ozone and climate-friendly technology to the private sector, as well as providing policy and technical advice to relevant government agencies. Through this profound partnership with government and private sector, carbon dioxide emission has been reduced by 38.18 million tons, equivalent to taking 8.1 million passenger cars off the road, or shutting down almost 10 coal fired power plants.

Cooling and refrigeration are essential to increasing labor productivity, improving educational outcomes, safeguarding food and minimizing its waste, improving healthcare, and supporting countries’ digital ambitions. But all this is also contributing to climate change as various compounds used as refrigerants are not only ozone-depleting substances but also potent greenhouse gases.

Thailand, the second-largest producer of air conditioners in the world, manufactures approximately 16 million air conditioners annually, 90 percent of which are for export. Thailand is also one of the 10 largest importers and consumers of hydrochlorofluorocarbon chemicals (HCFCs), importing more than 18,000 metric tons in 2012. One of the central goals of the government is to introduce environment-friendly production into Thailand's industries and to embrace the concept of green industries.

Since Thailand ratified both the Vienna Convention for the Protection of the Ozone Layer and the Montreal Protocol on Substances that Deplete the Ozone Layer, it is obliged to phase-out chlorofluorocarbons (CFC) and HCFCs.

The HCFC phase-out schedule has posed key challenges to a number of Thai residential air conditioner manufacturers as well as small- and-medium-scale enterprises (SMEs) in the foam sector that produced various types of insulation foam products. Timely implementation of HCFC phase-out through a combination of investment and policy interventions were undertaken to prevent business disruption.

With the World Bank support through this project, Thailand completely phased out CFCs in 2010 and aims to phase out HCFCs completely by 2030.

For almost 25 years, the World Bank has assisted Thailand as an implementing agency of the Multilateral Fund for Implementation of the Montreal Protocol. Since 1994, more than $70 million has been made available to support the phase-out of harmful CFC and HCFC chemicals in Thailand. The Bank has worked closely with Thai industries for more than two decades to transfer technology and know-how on ozone and climate-friendly technology to the private sector, as well as providing policy and technical advice to relevant government agencies. The key contribution is the Bank’s advice on the appropriate alternative technological pathway as well as the robust project design hinging on a proper policy framework and a series of timely investment intervention to ensure successful implementation of the project in phasing-out of the ozone depleting substances.

For the foam sector, grants under the Multilateral Fund were provided directly to eligible enterprises with sufficient technical and financial capacity to carry out the conversion to climate-friendlier technologies on their own. Small foam enterprises with limited technical and financial capacity received support from companies that supplied them raw materials.

Finally, the conversion in the two sectors was bolstered by a ban of HCFCs in the air conditioner and foam sectors (except spray foam). This combination of investment incentives, policy change, and market drivers led to the project’s success and sustainability.

The total climate benefit since the start of the project from 1994 to 2014:

In terms of Thailand’s achievements, it was the first country that:

in Thailand was through its implementation of the Multilateral Fund under the Montreal Protocol, which provided in total about US$80 million in grant funding. The Bank’s convening power and its role as a neutral broker has enabled various stakeholders to share their concerns and interests to help reach a mutually agreed path forward for the phaseout.

The project built a strong and effective advisory and operational partnership with the Department of Industrial Works, serving as the national ozone unit and primary project management unit, working in close collaboration with the Customs Department to ensure effective monitoring of the import quota of the ozone depleting substances. The Bank team also closely cooperated with the Federation of Thai Industries, particularly for the air conditioner and foam sectors, to ensure the effective implementation of the project. The Government Savings Bank also served as the other project management unit to act as a financial agent to monitor and supervise the disbursement of the sub-grants. The project also conducted training for the Department of Skill Development and Office of Vocational Education Commission to strengthen capacity of their trainers and instructors to comply with good practices for installation and servicing of the more climate-friendly HFC air conditioners.

The World Bank will support the Kigali Amendment by helping countries, including Thailand, phase down HFCs and improve energy efficiency in air conditioning and refrigeration, resulting in reduced emissions, decreased peak demand for electricity, and lower consumer electricity costs.

The Bank also aims to establish and strengthen networks among key stakeholders to ensure smooth implementation, including raising consumers’ awareness on how to properly maintain their appliances by having only qualified technicians provide regular services to their equipment. This will not only extend the service life of their appliances but also maximize their energy efficiency performance. In November 2018, the Bank also supported Thailand’s Department of Industrial Works to conduct the first Policy Hackathon with more than 300 participants from various stakeholders, ranging from students, private entrepreneurs, to farm owners – to develop a bottoms-up policy on ozone protection. This first Policy Hackathon was well-recognized by the other Montreal Protocol parties with a potential to be replicated elsewhere.

“It might not be obvious to you how much we used ozone depleting substances like CFCs before in our daily life. From the moment we woke up, used shaving creams, deodorant, perfume, opened our refrigerators to get breakfast, turned on the air conditioner in the car, and arrived in our air conditioned office, these appliances that people use throughout the day were made with or contained CFCs. Luckily, these products no longer have them anymore.” 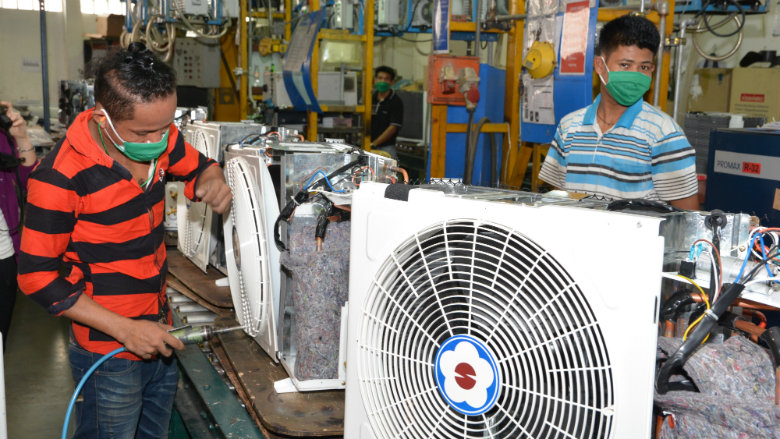