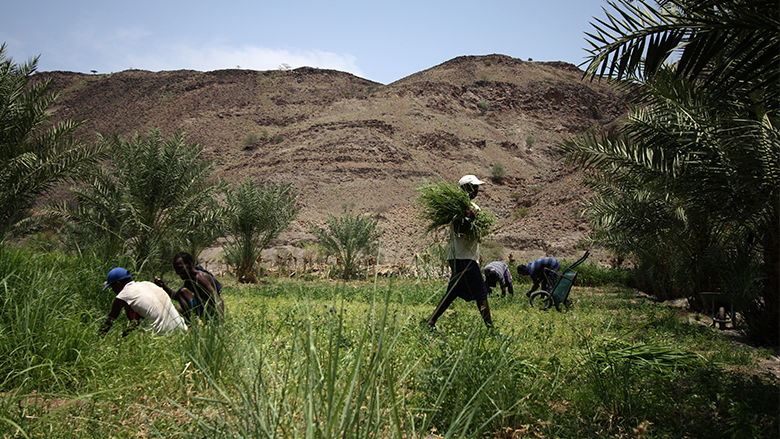 A farmer carries a bundle of crops in Djibouti. Photo: © EU/ECHO/Martin Karimi

World Bank researchers teamed up with Djibouti officials to conduct the most comprehensive survey of household expenditures ever in the East African country in 2017. The lessons learned by Djiboutian statisticians, and the data gleaned, give government policymakers critical information on how to lift the living standards of nation’s poorest and least educated.

Data collection and analysis is indispensable in all nations, forming the basis for the creation of economic and social policies, development planning, program management, and decision-making.  Current and detailed demographic and socioeconomic data on households and individuals in developing and transition countries is critical to inform public dialogue and inform government policies.

In Djibouti, a nation the size of New Jersey in the Horn of Africa, the need for accurate and timely data on its population was particularly pressing. More than 35 percent of Djibouti’s citizens live in poverty, and about 21 percent in extreme poverty. The country’s rocky, arid landscape has driven the vast majority of its people to its cities. Others live a nomadic existence or in extreme rural poverty. With a GDP per capita in 2013 of $1,415, Djibouti ranks 172nd among 188 countries on the United Nations Development Programme’s Human Development Index, a composite of life expectancy, education, and per capita income.

Four years ago, Djibouti’s government launched Vision 2035, a commitment to improve the living conditions of its people over the next two decades. But a dearth of recent and reliable statistical data on household consumption and living conditions has made it challenging for the government to implement the strategy and best allocate its resources to the needs of its people. In Djibouti City, the nation’s capital and where the population is concentrated, government workers are particularly in need of improved information to better design social programs.

Until recently, Djibouti lacked the capacity to properly conduct large-scale surveys using the most recent best practices and produce and analyze data on its citizenry including the nomads. Census data was outdated, surveyors needed better training, and respondents were often uncomfortable answering questions. The government has undertaken national surveys on household consumption and expenditures and the labor market since 1996. But none of them incorporated the high-level methodologies of the new survey. And none attempted to survey the country’s nomads.

An estimated 20 percent of Djiboutians are nomadic.

Over two periods in 2017, May and November/December, surveyors hired by Djibouti’s Directorate for Statistics and Demographic Studies (DISED) partnered with the World Bank to poll 4,474 households across the country. Using methodologies developed by DISED with the World Bank, surveyors visited each household two to three times. More than half of those surveyed lived in urban areas, mirroring the makeup of the population as a whole.

Armed with a 37-page series of questions on digital tablets, surveyors knocked on doors, pulled away the flaps of tents and sat for hours, often in blistering heat, speaking to mothers, fathers, children, and members of large families. They collected data on what people buy and eat, what sort of home they live in, their education, health, employment, and history of migration. They counted how much cattle people have, looked at their sources of water, and asked detailed questions about their regular expenses, their sources of income and how they weather financial and health shocks. They talked to people about their perceptions of poverty, governance, and access to services. Surveyors asked whether people read and even where and how they used the bathroom.

At times, said Vibhuti Mendiratta, an economist and co-team leader for the World Bank’s Djibouti poverty work program, surveyor’s tablets would fail in the extreme heat, and unsaved data was lost, forcing repeat interviews. Sometimes people chafed at the number of questions on the survey and abruptly cut off interviewers. But Mendiratta said they persisted.

“We found a few closed doors,” she said. “But most people understood that this was their responsibility, that this information would help them in the long run.”

The project was Djibouti’s first effort to survey its nomadic population, estimated at 20 percent of Djiboutians. To collect data on the group, surveyors traveled to remote areas of the country known to host nomads during certain periods of the year. Even so, they were stymied in their efforts. Nomads have undergone severe changes to their lifestyle since 2007, as Djibouti has experienced more frequent droughts. To survive, many have moved to cities and across borders to neighboring countries, seeking better pastures. During the hot month when the survey was conducted, researchers believe many of the nomads may have taken refuge in the cooler mountains of Ethiopia, which has an open border with Djibouti. Ultimately, nomads made up about 5 percent of the survey sample.

“This was an eye-opener for all stakeholders,” said Gabriel Lara Ibarra, co-team leader of the program. “The new data on the effects of recent phenomena on this population made their vulnerability even clearer.” 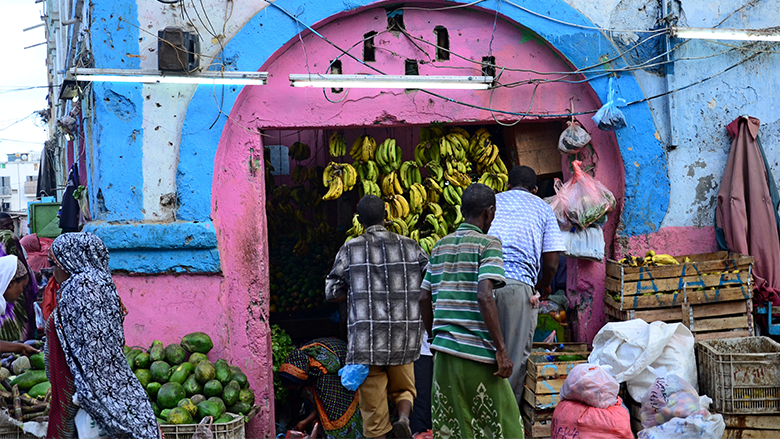 Fruit for sale at a food stall in Djibouti. Photo: © Amira Elwakil/Flickr

Djibouti officials used the results of the survey to produce a comprehensive set of overall wealth and poverty estimates in June 2018. Among the key findings:

By incorporating improvements to better capture household expenditures and better methodologies for estimating well-being, the survey was able to compile these and other key findings about the population.

“This improves the ability to make evidence-based policy making for all the ministries of Djibouti,” Mendiratta said. “Instead of developing policies out of thin air, from word of mouth, this data set is able to provide them actual estimates to understand what the problems are. This is essential to tackle poverty anywhere.” 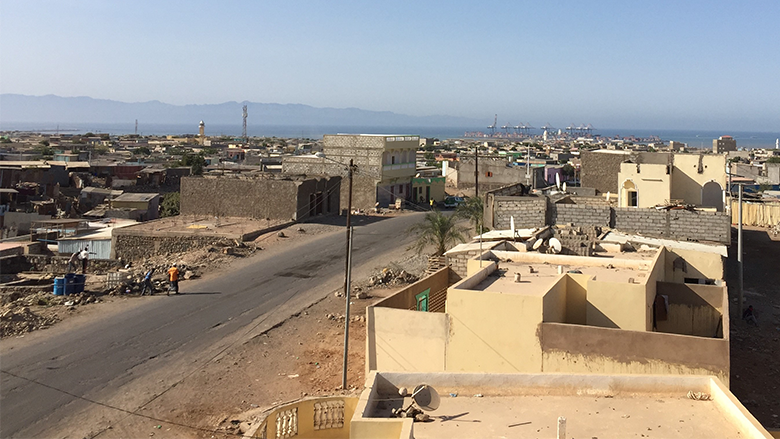 The results will help Djibouti produce a development strategy to raise income per capita and improve social and human development indicators.

But perhaps the most dramatic result of the study is the sheer availability of information it makes public for the first time. Leveraging the trust built by the survey effort, the World Bank was able to reach an agreement with Djibouti’s government to publish the data collected on the World Bank’s Microdata Library website. The government also agreed to make public previous household consumption data sets collected since 2002.

“This is a strong signal from DISED about their commitment to transparency, and clear evidence of the close relationship that has been built between the institutions,” Lara Ibarra said.

The household consumption survey was an auspicious beginning for a country that has suffered from data deprivation. The country’s statistical agency has committed to update its dissemination system and publish documentation and microdata for all previously collected surveys.

World Bank researchers, working with Djibouti partners, also plan to further their analytical collaboration. In particular, researchers plan to better explore inequalities in welfare measures in the five boroughs of Djibouti City. They also plan to compare non-monetary indicators between the recent survey with a previous survey conducted in 2012. DISED, with the help of the World Bank, plans to update the most recent listing of households to facilitate the next census in Djibouti.

Blog: One survey at a time: Building the evidence base to inform public policy dialogue in Djibouti