Pushing the Limits of Innovation, Improving Social Protection and Livelihoods in Cote d'Ivoire 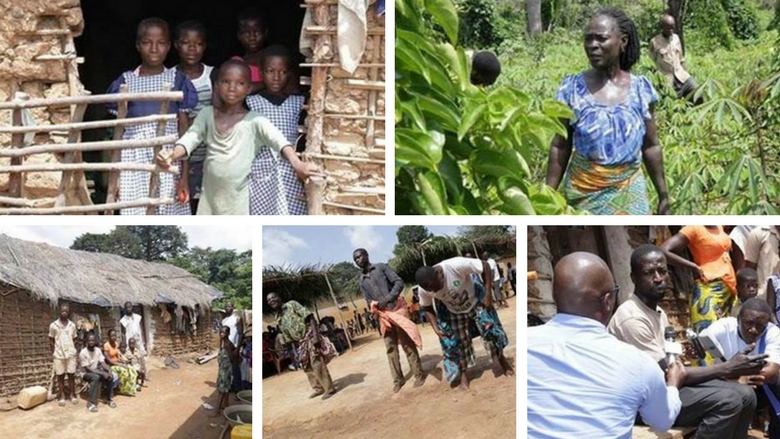 This IDA-financed project, with joint technical assistance from the International Finance Corporation (IFC), takes an innovative approach to modernizing Côte d’Ivoire’s social protection system while leveraging the country’s digital foundation to help deliver social benefits to the country’s poorest and vulnerable populations. In 2015, the government worked with the World Bank Group to lay the foundations for a new national productive social safety net operation under the Productive Social Safety Net Project --a $50 million IDA-financed operation. The project aims to reduce poverty by targeting digital cash transfers using mobile money accounts and livelihoods support to the poorest households in rural regions, with a view to expand national over time. For the first time ever, poor households in hard-to-reach rural areas have received cash transfers through mobile money technology—including beneficiaries from local cooperatives who began leveraging the technology to improve livelihoods. 300,000 individuals have benefitted from digital cash payments, and an estimated 720,000 are registered with the program’s social registry.

Cote d’Ivoire was plagued by a decade-long harrowing internal conflict followed by economic decline. While the conflict ended in 2011, poverty remained rampant in rural areas where child malnutrition and childhood stunting remained high. In 2011, 35 percent of children were reported as stunted.

A comprehensive social safety nets system was not available as well there weren’t any targeted livelihoods support in place. A major challenge facing the Government was that a vast majority of households living in hard-to-reach rural areas had not been identified and did not receive basic social services. Likewise, vulnerable populations often lack support to improve livelihoods through access to broader markets. The urgency of finding creative ways of expanding social protection and livelihood support to the poorest was clear.

The project has accelerated the government’s pro-poor spending, expanding coverage from less than 1 percent to 3 percent of all poor households in Côte d’Ivoire between 2015 to present.

The main innovation to date includes leveraging digital money accounts as a dual benefit – expanding coverage for income support to poor households while also expanding coverage of digital financial inclusion. Through the project, all beneficiaries are now able to use a mobile phone and access mobile money.

In addition, through their access to mobile technology and identification in a social household registry,

people who had not previously been identified in the social protection system can now be reached and targeted in a more effective way, giving them access to other social services.

Through a public-private partnership, the project worked with mobile money operators to first find a way to provide these households with mobile accounts. Once identified and the accounts set up, it became a form of identification. A routine was then scheduled for transferring social benefits to areas that are very difficult for social workers to reach—thereby circumventing significant infrastructural weaknesses, while also ensuring financial inclusion and the redistribution of economic benefits to the most vulnerable.

The World Bank, the IFC, and Cote d’Ivoire’s Ministry of Employment and Social Protection and private sector worked collaboratively to achieve better social protection, jobs and sustainable livelihood outcomes for the poor.

The multifaceted challenges were met by leveraging comparative advantages across disciplines for tailor-made solutions. IFC brought private sector development expertise, experience and connections to the table while the Bank came in with over thirty years of experience focused on poor consumers and was able to help parties better understand how to meet their needs. The project enabled a harmonized approach on the ground, involving both public and private actors.

The project was instrumental in mobilizing additional financing from IDA – the World Bank’s Fund for the Poorest.