The Road to Fiscal Sustainability: The Experience of China’s Hunan Province and Chongqing-Dadukou District 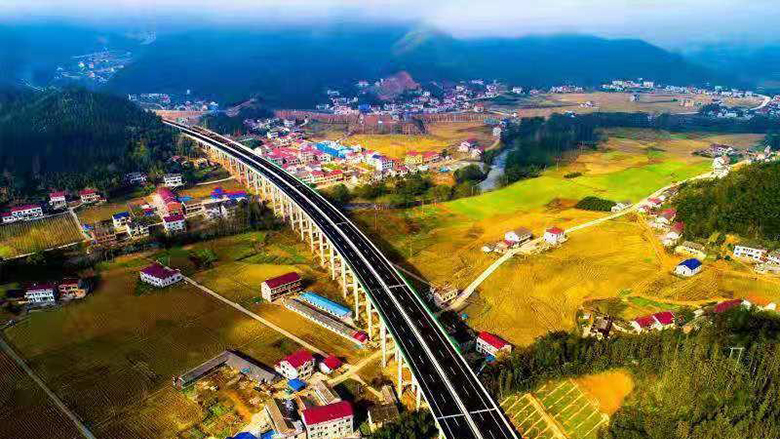 An elevated highway in Hunan Province

Supported by the first World Bank development policy financing (DPF) operations in China, Hunan Province and Dadukou District of Chongqing Municipality supported reforms that place their public finances on a sound and sustainable path. This included the development of tools for debt/fiscal sustainability analysis, a new integrated approach to medium-term capital budgeting, enhanced budget transparency, improvements in the provincial-level monitoring and regulation of the financial health of local governments in Hunan, and greater clarity in the division of government budgets and public sector corporate entities in Dadukou. These reforms piloted in Hunan and Dadukou informed the on-going budget reform agenda in China.

As the World Bank had been partnering with China for some time in the area of budget reform, and has considerable experience in sub-national fiscal reforms, the Government requested that the World Bank conduct two development policy operations at the subnational level to implement reforms to make local finance more sustainable and efficient. Under the programs of these operations, Hunan Province and Chongqing’s Dadukou District improved fiscal sustainability through building new institutions for financial and budgetary management, including debt sustainability analysis (DSA), a medium-term fiscal framework, an integrated capital financing plan, a strong interagency committee for project review, a debt management framework, and higher standards of transparency on fiscal policy. In doing so, they have reduced the risks of financial distress, while focusing public money on projects of the highest priority and return.  Hunan also strengthened the provincial government’s ability to monitor debt and encourage prudent financial behavior at the sub-provincial level. 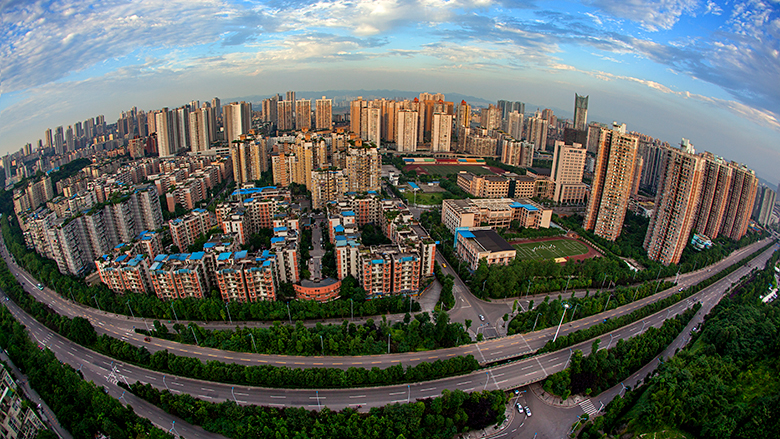 (A bird’s eye view of Dadukou District of Chongqing Municipality)

Subnational public investment programs in China are commonly executed in a rather fragmented manner, including numerous planning and implementing bodies, and multiple financing sources. An innovative feature of these two DPF operations was a multi-year capital budgeting framework that captures expected public investment from all sources of finance, both on and off budget.  A single integrated plan set a ceiling on annual public investment outlays consistent with debt sustainability for the medium-term fiscal framework.   An interagency committee was assigned a gatekeeping function of assessing public investment projects and plans from the points of view of fiscal risk and costs/benefits.  In this manner, Hunan Province and Dadukou district pioneered a new integrated approach to public investment planning and execution.

The two operations also helped to strengthen public sector transparency and accountability.  Effective templates were created for the timely public disclosure of financial reports and local government debt positions.  Both Hunan and Dadukou adopted disclosure standards that went well beyond prevailing national requirements. Dadukou district also pioneered an approach to separating the assets and liabilities of government and LGFVs in a manner that has helped inspire a national initiative in this area.

These operations helped the two governments achieve fiscal sustainability and better prioritize public investments.  The institutional progress under the operations gave Hunan and Dadukou the capacity to monitor and manage comprehensive debt and associated financing gaps. The comprehensive debt position of Hunan stabilized at 14 percent of GDP in 2016 and is expected to decline from 2019. Dadukou’s financing gap was reduced from 8 percent of GDP in 2015 to 3.4 percent in 2016 and turned to a surplus of 4.3 percent in 2017. The budget reform agenda in China and Chongqing Municipality have since moved in some of the directions pioneered by Hunan and Dadukou.

The World Bank provided two loans – at US$200 million each – to support the governments of Hunan Province and Dadukou District in Chongqing Municipality in developing a strong and sustainable foundation for their finances.  This is the first time that China has used the World Bank’s development policy financing (DPF) instrument that supports institutional and policy reforms through budget financing.

The World Bank helped bring international best practices to China in these operations and provided technical assistance to customize these practices to the particular institutional setting of subnational governments in China.  This includes the development of a comprehensive debt sustainability tool that incorporates budget and other sources of finances from LGFVs, public-private partnerships, and other financing vehicles.  It also includes a framework for the more effective cooperation between the planning and budget departments for an integrated approach to public investment planning and execution.

Hunan Province, Chongqing Municipality and Dadukou District proved highly motivated partners for realizing the challenging programs of these DPF operations.  The support provided by the Ministry of Finance and National Development and Reform Commission of the Central Government were also critical for allowing these subnational pilots to proceed successfully.

Moving forward, the World Bank will continue to work with both the central and subnational governments in China to support the important budget reform agenda.  In January 2019, the World Bank signed a memorandum with the Chinese Academy of Fiscal Sciences of the Ministry of Finance for a three-year program of work devoted to moving forward the intergovernmental and subnational budget reform agenda forward in the country.  This work will involve close cooperation with selected subnational governments, including Hunan Province.

“This operation is undoubtedly one of the most effective measures to learn international good practices and adapt them to local situation. It enhanced the provincial government’s debt management capacity in all-round. The establishment and application of debt sustainability analysis model introduces the concept of ‘quantitative analysis, accurate control and management, and forward-looking plan’ to the debt risk management control work and provides effective technical measures for the provincial government to strengthen debt management, scientifically formulate the fiscal expenditure and public investment policy, and ensure sustainable fiscal operation.” -- Shi Jianhui, Director-General, Hunan Provincial Department of Finance

“This World Bank program not only fits well the general agenda of ongoing fiscal reforms, but also provides the means and technical support for addressing the District’s problems regarding fiscal sustainability.” --Yao Bing, Mayor, Dadukou District