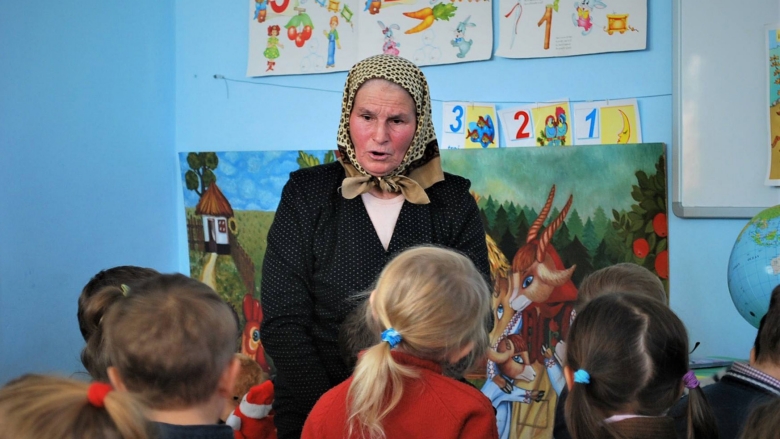 A small, lower-middle-income country, Moldova has made progress in reducing poverty and promoting inclusive growth. Poverty declined from 30.2 to 9.6 percent during 2006–15. The economy’s 5 percent annual growth in 2000–17 relied largely on consumption due to sustained remittances and public wage increases. As many Moldovans live and work abroad, new growth drivers are needed. The World Bank promotes more sustainable and inclusive development through analytics, advice, and financing.

Moldova is the poorest country in Europe. It is a small, land-locked country with a population of 3.5 million and a GDP of $ 9.5 billion (2017). The agriculture sector, employing a quarter of the workforce and accounting for roughly 14 percent of GDP, remains an important factor in growth, but remittances and private consumption are the main drivers.

European integration has anchored the Government’s policy reform agenda over the past 9 years. A vulnerable political system, polarized society, aging population and migration, adverse external environment, and skills mismatch in the labor market, along with climate-related shocks, are all important economic challenges.

Moldova has established the formal institutions of a market economy, and growth has led to marked reductions in poverty in the past 15 years. However, the country needs to improve its competitiveness and business environment if progress is to be maintained. Additionally, Moldova’s human potential needs to be maximized by improving the quality of education and health services.

Perhaps the biggest challenge is the need for major improvements in governance. Corruption increased significantly during 2009–17. According to the Corruption Perception Index, public trust in government institutions, and investor confidence has eroded significantly since the 2016 fraud in Moldova’s banking sector, which amounted to 1 billion dollars or approximately 10 percent of the country’s current GDP.

Over the past 15 years, the World Bank Group (WBG) has provided support through International Development Association (IDA) and International Bank for Reconstruction and Development (IBRD) financing, trust funds, and technical and policy advice. Development policy (general budget support) and investment lending (projects in specific sectors) have been flexibly maintained, allowing the Bank to shift to investment lending, if conditions require that.

The Country Partnership Framework (CPF) for FY18–21 supports Moldova’s transition to more sustainable and inclusive development and growth. The CPF has a tighter focus on governance and job-relevant skills development, grounded in a development strategy that incorporates three priorities identified in a Bank-led assessment of binding constraints to growth:

These three focus areas are supplemented by a focus on climate change - a WBG priority - as a cross-cutting theme. 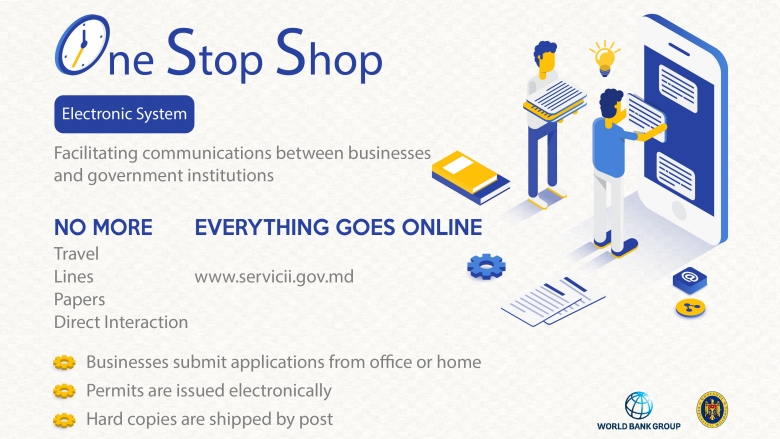 The International Finance Corporation’s (IFC) committed portfolio in Moldova is $ 17.5 million (fully disbursed) and consists of 87 percent loans and 13 percent equity. IFC technical assistance is supporting agri-business, in particular improving food safety standards to bring them in line with EU practices and helping the Government improve and streamline the regulatory framework for businesses.

The WBG has provided leadership and significant support to enhance development partner coordination, improve aid effectiveness, and coordinate common views on key reforms, especially in addressing concerns in the governance sector, an area which has been subject to public communications from the World Bank.

A common stance on budget support with other partners, especially the International Monetary Fund (IMF), EU institutions, and EU member countries, promoted the implementation of key structural reforms in the banking system and the financial sector more broadly. The WBG also coordinated the process of developing a multi-donor Briefing Book in 2015–16, an important document for donor policy dialogue with the Government of Moldova.

WBG operations have also attracted support from other development partners, including the Global Environment Facility; the United Kingdom’s Good Governance Fund; the governments of the Netherlands, Sweden, Switzerland, and Japan; the United Nations Children’s Fund (UNICEF); and the U.S. Agency for International Development, all of which either co-financed IDA operations, financed carbon operations, or provided other forms of support, including for Advisory Services and Analytics.

The Bank has provided technical leadership in sectors where it has leveraged resources from other partners. It provided technical assistance on the Land Transport Infrastructure Strategy and a $ 16 million IDA credit, after which the European Bank for Reconstruction and Development and the European Investment Bank provided parallel financing of $ 450 million to the State Roads Administration to improve national roads and manage the road network.

The WBG has a long-term relationship with Moldova. Although the country still faces a number of economic and political uncertainties, the Bank will continue to support reforms when opportunities arise.

Going forward, there is likely to be less emphasis on policy-based lending and more on investment programs with tangible results for the population. The future program will be anchored in current CPF priorities, namely, improving economic and service governance, as well as improving skills and supporting job creation.

IFC will continue its support to boosting competitiveness, particularly in the agribusiness sector, including further efforts to ensure food safety and quality and to develop new markets. It will also support public-private dialogue on regulatory streamlining to improve the overall business environment for firms.

“I do recommend that all who consider developing their business treat each stage seriously. I know that there are no general rules that would lead you to success, but my recipe consists of innovation, a lot of work, and collaborating with partners that offer their help when needed. One of those partners is the Competitiveness Enhancement II Project,” says Nicanor Negru, entrepreneur and beneficiary of CEP II project.

“It’s important help for us. The money we receive helps us pay for food, school supplies and also helps us buy clothes,” says Sergiu Robu, head of a rural family of 11 children. “My children are growing up; we need more money to buy food, clothes, and to finish the construction of our house.” 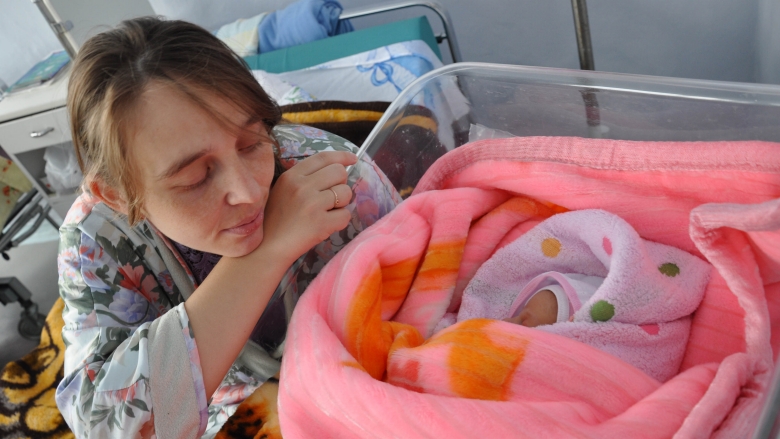 In Transnistria, 98 percent of Parcani residents voted to put a much-needed roof on the local school. Until two years ago, there was no roof at all. “We couldn't use the third floor or the second floor, really,” says 9th-grader Carolina Gaidari. “It was impossible to concentrate because of the damp and the mold in the classrooms.”

Her classmate Dmitrii Nicolaev agrees. “We like it very much now. There is no leaking water and we don't have to work with buckets everywhere.”