Bhutan - Supporting Prosperity in the Country of Happiness 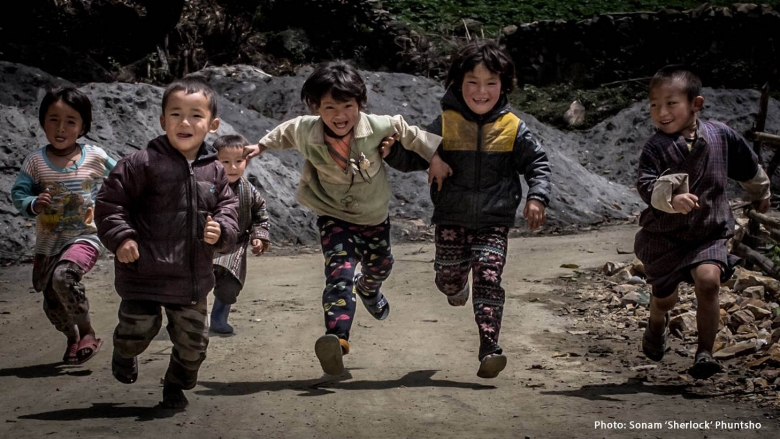 Bhutan has reduced poverty and increased shared prosperity over the past decade. Building on the country’s success, the International Development Association (IDA) has been supporting policy reforms in the areas of fiscal management and job creation through expanding private sector development to increase prosperity. IDA has also supported rural and urban development through investment lending.

The public sector, including significant investment in hydropower, has been the main driver of the country’s development accomplishments. Private sector remains weak to create quality jobs for youth. As a result, while the overall unemployment rate was 2.1 percent in 2016, the youth unemployment rate reached 13.2 percent. Rapid development has led to urbanization (about 40 percent of the population now lives in the urban areas), which puts pressure on urban infrastructure such as housing, water and sanitation.

Its Country Partnership Strategy (FY2015-2019) (CPS) and Performance and Learning Review (PLR) in 2017 are aligned fully with Bhutan’s 11th five-year plan for 2013-2018. The CPS focuses on (a) improving fiscal and spending efficiency; (b) increasing private-sector growth and competitiveness; and (c) supporting green development.  Programmatic development policy credit (DPC), combined with relevant analytical work and technical assistance, was effective in supporting government policy reforms. DPCs enabled the World Bank Group to better respond to the government’s demands to support key policy reforms to address the structural constraints in public finance and private sector development. DPCs have provided a platform for bringing together analytical work, technical assistance and policy dialogue. The investment projects have also helped support key physical and social infrastructures in the most remote communities as well as in the most booming urban towns. These IDA operations have also contributed to strengthening government capacity. Furthermore, the IDA operations have provided an important platform for the World Bank Group to collaborate across Global Practices as well as between the World Bank and IFC.

On fiscal management and domestic revenue mobilization, the government approved a debt policy that set debt limits to improve fiscal sustainability in 2016. To this effect, the non-hydropower debt (% of GDP) declined to 19% in 2017/18 from 27% in 2014/15, below the target at 25% in the debt policy. Also, parliament approved the establishment of a stabilization fund in 2017 to manage future inflows of hydropower revenues. Furthermore, the cabinet approved the introduction of Goods and Services Tax (GST) in 2017. Once the GST bill is approved by parliament within a few years, the collection of GST is likely to contribute significantly to domestic revenues to invest in Bhutan’s people.

Access to finance remains one of the key constraints to private sector development. Therefore, on private sector development, the government approved the Financial Sector Development Action Plan in 2016. Ever since, the number of micro, small and medium enterprises loans in the collateral registry have significantly increased (348 in 2014 to 2,508 in 2017) and the percentage of people with bank accounts have increased to 65% in 2017 from 34% in 2014. Also, the establishment of an online property and land registration system in Thimphu, the capital city, in 2016 is expected to improve the investment climate. 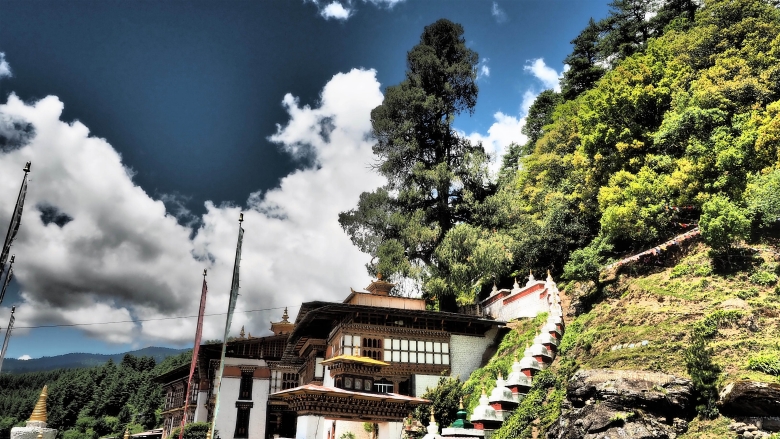 The recently completed investment project Remote Rural Communities Development Project (RRCDP) has, between October 2012 and May 2018, improved road access to markets to at least 11 project Chiwogs (hamlets) – building 22.9 kilometers of farm roads and benefiting about 299 households. The project has also supported beneficiaries in 88 Chiwogs with access to community and marketing infrastructure, such as power tiller tracks, power tiller machinery, and food bridges – with a total of 3,597 households benefitted.

Through the Second Urban Development Project (BUDP2) approved in May 2014 about 400 households got new piped water connections and about 250 households got sewerage connections by 2017.The project is expected to close in June 2019. BUDP2 has also helped increase local revenue collection of the two municipalities (Thimphu and Phuntsholing by almost doubled and 50% respectively) in the last two years. The project has also enabled issuing new building permits for service plots to 175 plots and is developing two “local area plans” in Thimphu (the capital city). under the project. 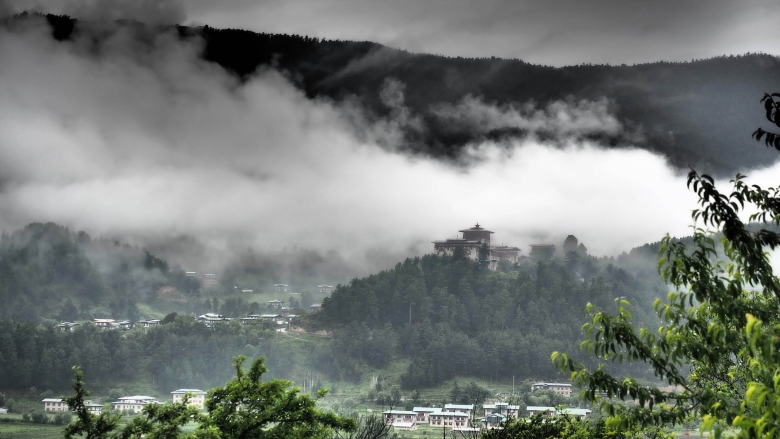 The World Bank continues to work closely with other development partners. The Development Partner Group coordinated by the UN functions as the overall coordination mechanism. In addition, the World Bank partners with other development partners on specific projects: (a) the European Commission and the Austrian Development Agency contribute to a Public Financial Management Multi-Donor Fund; (b) a Debt Sustainability Analysis is jointly conducted with the IMF, and (c) Japan contributes to Bank projects through the Japan Social Development Fund, Global Facility Disaster Reduction and Recovery, PHRD (The Japan Policy and Human Resources Development Fund).

The 2017 PLR confirmed that three CPS focus areas remained relevant to addressing Bhutan’s development challenges. The World Bank Group is in the process of conducting the Strategic Country Diagnostics which will be followed by the formulation of the next Country Partnership Framework (CPF) in 2019. Discussions are also underway with the government to build a pipeline of activities in conjunction with the preparation of the 12th FYP for 2018-2023. The new government will be formulated in late 2018 and the WBG plans to start engaging with the new government through a series of policy notes.

The website of the World Bank Office Bhutan offers in-depth information on all projects and programs in the country.