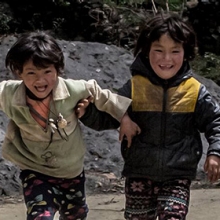 The World Bank In Bhutan

The Kingdom of Bhutan is considered a development success story, with decreasing poverty and improvements in human development indicators. The Bank's engagement in Bhutan is aimed at supporting the government's goal of Gross National Happiness.

Bhutan: Commitments by Fiscal Year (in millions of dollars)*

Find out what the Bank Group's branches are doing in Bhutan. Bhutan joined the IFC in 2003 and has applied for membership in MIGA.