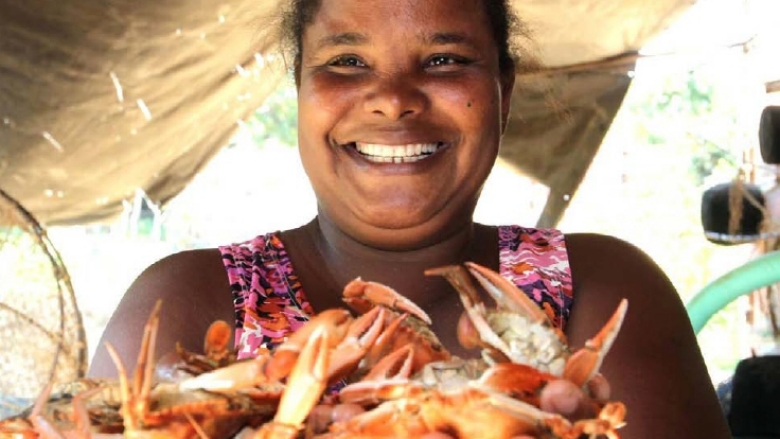 Policies implemented by the state of Bahia, Brazil, focused on improving the quality of services delivered to marginalized and vulnerable groups to reduce long-standing socioeconomic disparities. Moreover, the state government enhanced fiscal management to promote sustainable growth. In addition, state efforts led to a doubling by 2015 of the number of indigenous and quilombola schools adopting a customized intercultural curriculum.

Home to 15 million people, the state of Bahia, in Northeast Brazil, is marked by strong regional disparities, which are also present in the public sector. The state’s 417 municipalities have unevenly distributed financial, institutional, and technical capacities, directly affecting the quality of public services.

Among the state’s most vulnerable groups are women, Afro-descendants, quilombolas (descendants of Afro-Brazilian slaves who escaped from plantations), and rural and indigenous populations. While poverty in Bahia has fallen rapidly, from 43.4 percent in 2002 to 18.0 percent in 2012, racial inequalities persisted, as Afro-descendant and indigenous people still account for 79 percent of the poor. Educational attainment for indigenous and quilombola communities were below the state average; the net attendance rate for indigenous children between the ages of 7 and 14 years was 84 percent in 2012, lower than the state average of 95 percent. Schools serving indigenous communities suffered from a lack of skilled teachers and a subsequently low level of quality learning outcomes.

Afro-descendants also suffered from poor healthcare access and quality. Because knowledge of sickle cell anemia was not widespread among Bahian healthcare professionals, many Afro-descendants suffered from delays in diagnosis and the unavailability of high-quality medicine. High maternal and infant mortality rates in Bahia were also of concern, as was a high adolescent pregnancy rate (in 2011, 72 pregnancies per 1,000 adolescents ages 15 to 19).

With the support of this DPL, the state of Bahia achieved these significant results by December 2015:

The World Bank, through the IBRD, provided a single-tranche DPL of US$ 400 million to finance Bahia’s Strengthening Fiscal Management and Promoting Better and more Inclusive Service Delivery Development Policy Loan. This loan supported Bahia in its mission to increase access to public services for women and Afro-descendants, the indigenous population, and other minorities. Specific objectives were improved fiscal management and territorial planning and improved access to public services for underserved and vulnerable groups.

The government of Bahia demonstrated strong commitment to the project and the development program it supported. The State Secretariat of Planning was the main implementing agency and worked in close collaboration with 10 other state secretariats to guarantee achievement of the program’s objectives. Strong ownership of the program among implementing agencies and civil society was critical to this project. Thorough consultation and inclusion of civil society since the preparation of the DPL helped to achieve positive results.

Janete Barbosa lives in the Baixão do Guaíba, Quilombo do Gerém. She is a seafood producer who benefited from entrepreneurship training under the program Marisqueiras com Orgulho, quilombolas para Sempre, supported by this operation to promote social inclusion and empowerment of quilombola communities. “In the old days when we needed to go to the city, it was very bad. People would look at us from top to bottom and sometimes ask with debauchery ‘Wow, you are a marisqueira?’ Nowadays I go anywhere with my head held high and say: ‘I am marisqueira and quilombola with great pride.’”

Although this DPL closed in January 2016, the World Bank has continued to provide the government of Bahia with financial and technical assistance aligned with the objectives of this operation. The Sustainable Rural Development Project continues to help the state of Bahia with capacity building for territorial councils. In addition, the Bahia Integrated Health and Water Management Project continues to support the state government in tackling maternal and infant mortality through a multisector approach addressing health, sanitation, and water issues. The success of the mobile units serving women in rural areas has led to its recognition as a best practice in the federal government’s program Women Living Without Violence (Mulher, Viver Sem Violência).