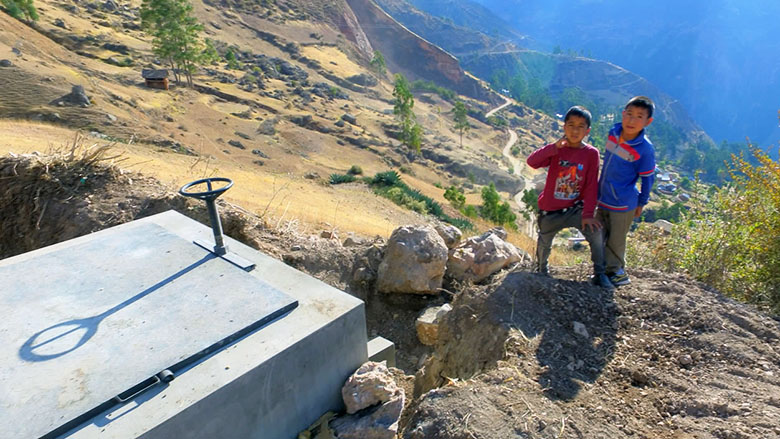 In the Peruvian Sierra, 87 water user organizations improved their irrigation service delivery to 18,758 farmers, who irrigated an area of 14,770 hectares. There were twelve organizations at basin level and 75 at sub-basin levels. There were significant increases in agricultural yields with all monitored crops such as rye grass, avocado, alfalfa, maize, potato, oats and quinoa. The percentage of farmers who paid water tariffs increased from 50 percent to 80 percent between 2011 and 2016. The total amount collected during the same period went from US$0.5 million to US$0.75 million, improving financial capacity.

Although Peru had one of the best economic growth rates in Latin America, poverty in the Sierra was far above national averages, and considerably higher in rural areas, posing a challenge for the country’s economic sustainability. The 2002 Household Survey indicated that the incidence of poverty in the rural Sierra was about 75 percent (4.2 million people), with more than 40 percent of the population (2.3 million people) characterized as extremely poor.

In 2010, the largest share of household income in the Sierra came from agriculture. About 400,000 hectares of agricultural land was irrigated, representing a third of the total irrigated area in the country. However, the sector faced many challenges. Irrigation systems, usually small, were supplied mostly from surface water sources and consisted of a network of open canals, generally unlined, with rudimentary water intakes and distribution systems. Irrigation systems generally did not include water regulation structures. Less than 5 percent of the irrigated area was equipped with improved on-farm irrigation systems, leading to low efficiencies at the farm level. Management of irrigation infrastructure was also weak. Because the government and donors had traditionally focused support on Peru’s coastal area, only a small number of water user organizations (WUOs) in the Sierra had received capacity building and infrastructure investments, and those investments had been very limited. In general, the Sierra WUOs were financially and technically weak, with low water tariffs and collection rates. Consequently, planning or daily management of water distribution and irrigation services were negligible or nonexistent. Poor maintenance contributed to the gradual degradation of the infrastructure and poor water delivery performance, thus limiting water quantity, frequency, and reliability at the field level.

Problems of low quantity, uniformity, frequency, and reliability of irrigation delivery to crops thus often persisted, even in irrigated areas. Many areas of the Sierra, required improvements in irrigation infrastructure and management to increase the value of agricultural production and to foster production of higher-value crops for internal and export markets.

The Peru Sierra Irrigation Subsector Project made a significant contribution to increasing agricultural production and productivity in targeted areas of the Peruvian Sierra. It was successful in increasing irrigation water flow and frequency (28 percent on average) and irrigation efficiency (72 percent compared to 22 percent). Improved irrigation led to crop intensification in the project- intervened areas, ranging between 118 percent and 170 percent, with many farmers switching to higher-market-value crops.

benefited from on-farm irrigation systems covering 1,969 hectares. As a result, an important percentage of these farmers, in almost all Water Use Organizations, changed to high-value crops.

In 2010, the Bank, through the International Bank for Reconstruction and Development, provided a loan in the amount of US$20 million to support the Peru Sierra Irrigation Subsector Project.

World Bank contributions of expertise included 10 years of successful engagement in Peru’s irrigation sector. Through the Bank-supported Irrigation Subsector Projects I and II in the coastal areas, the Bank developed and implemented a successful approach to improving irrigation performance, including a successful Irrigation Water Rights Formalization Program. Furthermore, between 2011 and 2013, the World Bank team mobilized Trust Fund resources in the amount of US$35,000 to perform a detailed analysis of Peru’s irrigation sector, identifying the main challenges and opportunities for improvement and developing recommendations to support the Peruvian government in updating its Irrigation National Policy. The Bank’s global irrigation experience and high-level involvement in the sector dialogue in Peru allowed the Bank to take a unique role in this project.

The Programa Subsectorial de Irrigaciones (PSI) under the Peruvian Ministry of Agriculture and Irrigation led project implementation and coordination. The National Water Authority (Asociación Nacional del Agua, ANA), created in 2008 under the Ministry of Agriculture and Irrigation, in coordination with its local offices (Administraciones Locale de Agua, ALAs), was responsible for formalization and registration of water rights. PSI was an experienced executive agency, having worked with the Bank and on other development partners’ projects, including PSI I and II in Peru’s coastal area.

A Project Steering Committee provided high-level guidance, oversight, and control to the project, including overseeing implementation. It was composed of representatives from the ministries of Finance, Agriculture, and Irrigation; the ANA; the National Water Users Organization Federation; the Agro-export Association; and members of university/research centers and regional governments.

Farmers’ groups participated in on-farm irrigation subproject identification, design, and financing and will be responsible for the operation and maintenance of irrigation infrastructure. They were also responsible for formulating and implementing business plans.

Local ad regional governments co-financed the Peruvian government’s contribution to the costs of subprojects’ construction and supervision, depending on their financial capacity.

ALAs controlled and enforced compliance with the terms and conditions of water rights and the collection of water use fees. Finally, ALAs were responsible for approving the annual irrigation water tariff and O&M plan proposed by WUOs and for supervising their implementation.

Target beneficiaries were farmers practicing irrigation, with good access to markets and capacity to produce higher-value crops. Most were not extremely poor, and the project targeted the most innovative farmers. This strategy was based on a partnership among stakeholders, including WUOs, farmers’ groups, traders, and agroprocessing firms; partner organizations, such as nongovernmental organizations; the Ministry of Agriculture and Irrigation; and local and regional governments. Subproject participation occurred at three levels: at the regional and local levels for subproject financing; at the WUO and farmers’ group level, for subproject financing design, construction, and supervision and for irrigation system O&M; and at the farmers’ group level for the production, processing, and marketing of agricultural products.

The project was implemented by an executive agency (PSI), part of the Ministry of Agriculture and Irrigation, with experience and legal competencies in the sector. The absence of a specific project implementation unit (which could be dismantled after project closure) ensured the appropriation of project activities by this agency. The project had a strong component on capacity building of WUOs and farmers. The trainings and technical support of the project increased self-sufficiency of WUOs in technical, financial, and administrative capacities, contributing toward sustainability of infrastructure improvements. Given the limited financial envelope, however, the project only worked with a small fraction of the potential WUOs in the Sierra. Consequently, at the end of the project, many WUOs still needed further support to continue improving their performance. The Ministry of Agriculture and Irrigation has declared its intention to develop a follow-up operation to scale up these results. In this regard, a project proposal was developed and an official letter has been sent to Ministry of Finance, requesting support from the World Bank to finance a follow-up operation. 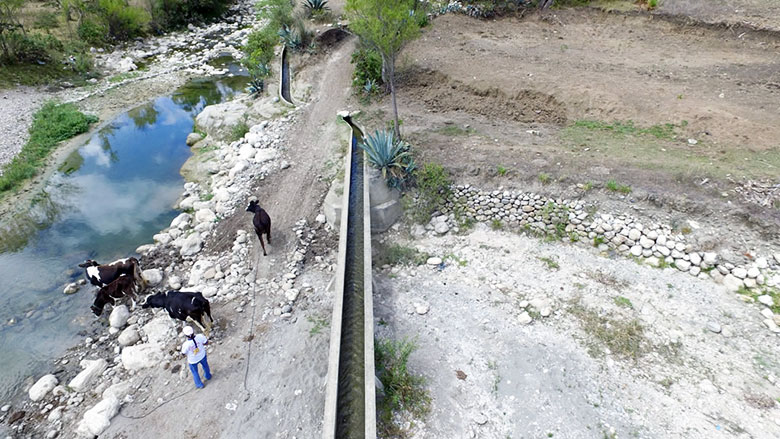