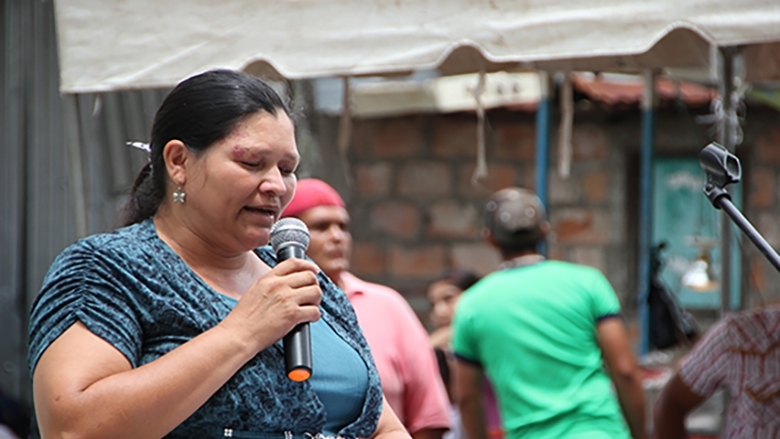 Through investments in all 262 municipalities in El Salvador, services to citizens were improved in the areas of road infrastructure and water and electricity access. Priorities were established through 294 community consultations with more than 29,000 participants, strengthening the relevance of the interventions and increasing community ownership in the results. Direct and indirect beneficiaries totaled 3.6 million, and more than 13,000 temporary jobs were created. As of December 2016, more than 95 percent of the municipalities were using community-prioritized investments, with 98 percent now budgeting for maintenance.

The economic slowdown caused by the 2008 global financial crisis reversed El Salvador’s achievements in poverty reduction and economic and fiscal sustainability. The impact of the financial crisis was particularly felt in the country’s municipalities, which were highly dependent on fiscal transfers from the central government and which had weak revenue autonomy. Decreased central government income in 2009 therefore led to a 15 percent decrease in municipal government income.

This revenue shortfall led to reductions in investment in public service delivery infrastructure of 20 percent, further hampering development. In 2010, half of the country’s households did not have water connections, and a million families (two-thirds of the population) were not connected to sewerage systems. Distance to paved roads for the poorest people living in rural areas exceeded five kilometers, double the distance travelled by nonpoor families.

The Local Government Strengthening Project focused on improving municipal service delivery by financing grants for small infrastructure works, as defined and prioritized by communities and municipal leaders. These infrastructure works included road paving and drainage improvements, access to water and electricity, and solid waste management, among others. In response to the request from the government of El Salvador for help closing the financial gap caused by the financial crisis, grants were directly distributed to municipalities using the existing inter-governmental transfer formula allocating resources proportionally according to four key variables: population (50 percent), equal share (25 percent), poverty (20 percent), and land area (5 percent). Additional financial and technical support was provided to the municipalities to help them prioritize and plan for the needed local investments.

As indicated in the Final Evaluation Report, from 2010 to 2016, notable achievements were made in building municipal capacity. Achievements included the following:

· Technical and/or diploma training courses were completed by 481 municipal staff, of which 201 were women, from 167 municipalities. The courses included economic development, project formulation, municipal management, disaster risk management, and leadership.

· All municipalities improved planning capacity through the preparation of a Disaster Risk Management Plan, and 92 municipalities benefited from the participatory strategic planning process.

The World Bank, through the International Bank for Reconstruction and Development, provided a US$ 80 million loan to finance El Salvador’s Local Government Strengthening Project.

Throughout the project, implementation was marked by strong collaboration among the implementing agencies: the Secretariat of the Presidency for Strategic Affairs (Secretaría de Asuntos Estratégicos); the Salvadoran Institute for Municipal Development (Instituto Salvadoreño de Desarrollo Municipal, or ISDEM); the Social Investment Fund for Local Development (Fondo de Inversión Social para el Desarrollo Local, or FISDL); and the Ministry of the Interior and Territorial Development (Ministerio de Gobernación y Desarrollo Territorial). Central to the success of the project was coordination and collaboration with the mayors, administrations, and citizens of the 262 municipalities. For example, the investment subprojects were implemented in collaboration between the municipalities (beneficiaries and responsible for selecting and hiring the contractor), FISDL (responsible for technical and procurement review), and ISDEM (providing support to the municipality on citizen consultation).

“The Project has [provided] us jobs that are serving people, and skills in our technical team through trainings. We do not doubt that it was an excellent project and we are ready to continue if there are opportunities.”

“We are happy that we have managed to fix the street because we needed it.”

The original project was designed to build capacity in the municipalities and in the national municipal support institutions—FISDL and ISDEM—throughout implementation. Success in these efforts have led to the following ongoing and future developments:

·         Interinstitutional arrangements to ensure sustainability have also been developed, including the creation of a Governance Committee now chaired by Ministry of the Interior and Territorial Development and the Technical Secretariat to the Presidency, with participation from ISDEM, FISDL, and the Ministry of Finance. 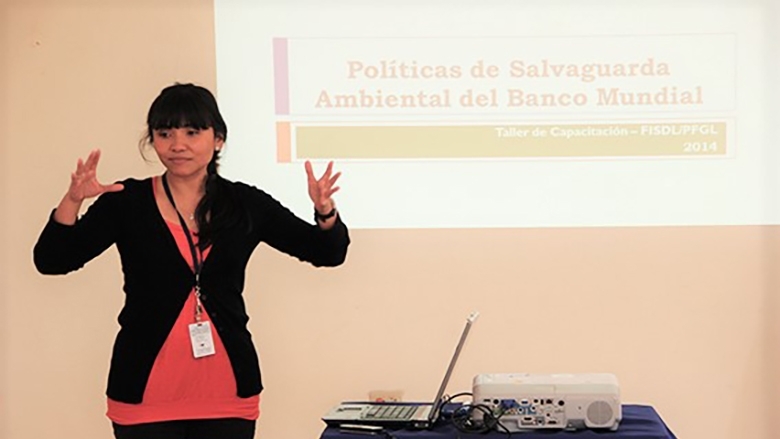