Skip to Main Navigation
This page in:_
Results Briefs October 19, 2017 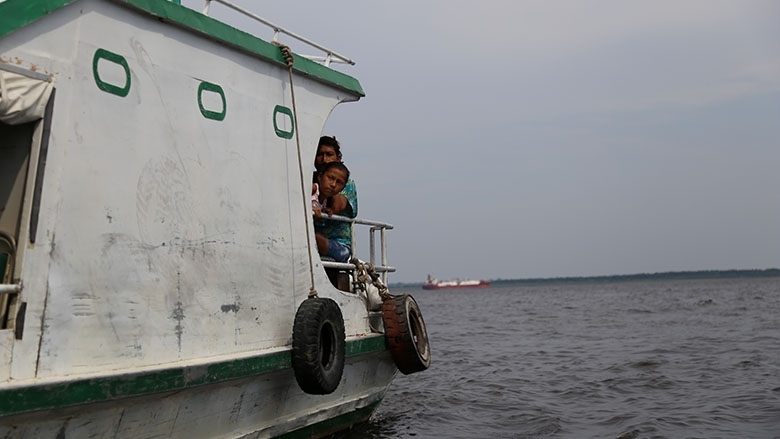 In 2015, Brazil went through its greatest recession in decades while undergoing a major political crisis that led to President Rousseff’s impeachment in August 2016. In 2015, industrial production in the state of Amazonas decreased by 17.2 percent as compared to a national decrease of 8.3 percent. Collections under the Imposto Sobre Operações Relativas à Circulação de Mercadorias e Serviços de Transporte Interestadual de Intermunicipal e de Comunicações (the national equivalent of the value-added tax), which accounts for 90 percent of tax revenues, dropped 14 percent in real terms. Meanwhile, federal transfers to the Amazonas contracted 8 percent. Payroll expenditures dropped 3 percent in real terms in 2015. Investments suffered a much larger cut, dropping 64 percent. Consequently, although the Amazonas government was restructured, essential services were maintained and, most importantly, all its obligations were met (unlike those of some other Brazilian states, including Rio de Janeiro and Rio Grande do Sul, which were unable to meet all wage payments due to the fiscal crisis). Moreover, Amazonas delivered a primary surplus in 2015, despite weak revenue performance.

The economic downturn had a negative impact on the implementation of certain policies: The Amazonas government made important organizational readjustments (for example, it merged certain secretariats and closed others), and it readjusted investments across all sectors, even in priority areas such as citizen security.

Reforms supported by the Amazonas: Modernizing Public-Sector Management, Citizen Security, and Gender Policies Development Policy Loan (DPL) enabled the state to weather some of the negative effects of the economic crisis. With support from the operation, the Amazonas government undertook policy reforms largely informed by existing analytical work and lessons from other Brazilian states and operations, along with original analysis specific to the operation. The Poverty and Social Impact Assessment provided information on the state’s broader context and needs, and the state government produced two technical notes on procurement and tax administration. The World Bank commissioned a risk assessment of the security sector, informed by prior analysis by the Inter-American Development Bank (IDB) and supported by field consultants who had accompanied the state reforms. For the gender component, analysis was informed by previous countrywide reports, such as the Bank’s 2013 “Towards a More Comprehensive Domestic Violence Policy in Brazil,” as well as by Brazil Gender and Social Inclusion Non-Lending Technical Assistance.

The Amazonas government succeeded in improving tax compliance, government procurement efficiency, and provision of judicial and basic services to women, as exemplified below:

The measures resulting from the DPL, combined with the state’s urgent need to reduce expenditures, led to an approximately 20 percent reduction in public expenditures in areas such as cleaning, security, and vehicle leasing. In 2015, savings from measures under the DPL accounted for R$ 213 million, of which R$ 91 million resulted from measures directly related to standardized services and R$ 122 million resulted from the decreased need for and substitution of services and quantities.

The World Bank, through the International Bank for Reconstruction and Development, provided a single-tranche loan in the amount of US$ 216 million to finance Amazonas: Modernizing Public Sector Management, Citizen Security, and Gender Policies Development Policy Loan. The operation originated in a direct request from the federal government and the government of Amazonas, and, despite the short preparation time, the cooperation of officials from both government levels led to its success as well as to opening an important space for policy dialogue.

The operation represents a successful collaboration between the IDB and the Bank. The DPL was designed to complement and extend the IDB’s Program of Consolidation of Fiscal Equilibrium for Social and Economic Development in the State of Amazonas, PROCONFIS AM. The Bank and the IDB established a successful partnership that reduced the burdens on the government of Amazonas (for example, by using the same Project Implementation Unit, constantly sharing information, and linking prior actions), thus guaranteeing a continuation of the broader reform process. Before this DPL, the Bank had limited engagement in Amazonas. The partnership with the IDB not only enabled the Bank to engage in the state, it also led to a subsequent DPL (approved by the Board in December 2015) with the capital city of Manaus.

Under the program Itinerant Citizenship: Woman in the Field, Forest, and Waters, mobile units reached several isolated communities with basic services for women. In 2015, the Secretariat for Gender-Related Policies supported 4,486 women through this program.

Although this was a single-tranche operation, the Bank’s engagement with Amazonas continues.  The World Bank is conducting an impact evaluation on a procurement reform to be introduced in the second half of 2017. In addition, this operation opened an opportunity for a separate DPL with the government of the municipality of Manaus, which has led to an unprecedented partnership between the government of Amazonas and the city of Manaus to launch the Nota Facil, a partnership between the Secretaria da Fazenda (the tax authority) and the Municipal Finance Secretary. The Nota Facil Program will allow expanded use of the NFC-e in the Manaus service sector and is expected to extend the service to more than 10,000 businesses.

In 2015, mobile units providing judicial and basic services reached women in 47 communities, up from 2 in 2013