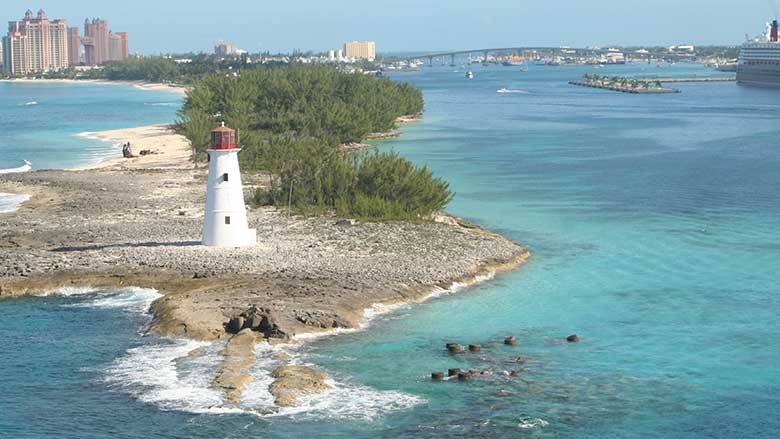 Paradise Island Lighthouse, Nassau. Photo: Freeimages.com /Sebastian Danon
From 2000–2009, the Bahamas met its obligations under the Montreal Protocol on Substances that Deplete the Ozone Layer, an international treaty designed to protect the ozone layer, by phasing out the production of those substances through a Terminal Phase-out Management Plan that reduced consumption of chlorofluorocarbons in the refrigeration and air-conditioning sector.

The Bahamas, like many other island countries, was a low-volume consumer of chlorofluorocarbons (CFCs).  CFCs, ozone depleting substances (ODS) with high global warming potential, are used, inter alia, in refrigeration and air-conditioning. In 2000, the government of the Bahamas realized it faced a challenge to achieving the necessary reductions in CFC consumption to meet levels mandated by the Montreal Protocol, particularly given its CFC consumption to service domestic refrigerators, commercial and industrial refrigeration equipment, and, especially, mobile air-conditioning (MAC) in vehicles. High prices for alternative refrigerants and existing CFC-using equipment inventories encouraged ongoing CFC demand, and the movement toward a global phase-out of CFCs by 2010 encouraged stockpiling. Consequently, CFC consumption was 12 percent higher than the average level of the protocol-defined baseline for the Bahamas. In addition, the government was concerned that the Bahamas might become a potential dumping site for unwanted CFCs and outdated CFC-using equipment as other countries in the region phased out their use.

The government of Bahamas requested the World Bank’s support in developing an ODS/CFC Terminal Phase-out Management Plan (TPMP) to help the country adhere to its phase-out objectives and to help steer the implementation of an accelerated phase-out schedule. The Bank, an Implementing Agency for the project’s design, was the only agency with relevant experience in developing programmatic approaches for sustainable ODS phase-out, structured on providing coordinated technical assistance, investment activities, and strategic policy interventions. The TPMP used a flexible “umbrella project” concept permitting absorption of new subprojects in line with time-bound country and protocol priorities and predicated on a performance-based approach covering policy actions, management, technical assistance, and phase-out efforts. With the support of technical experts familiar with the sectors at issue, a robust pipeline of subprojects was developed across priority sectors. 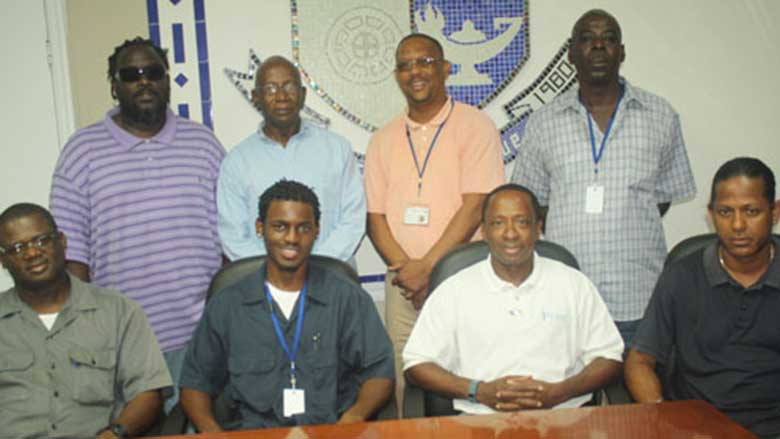 CFC-using entities in the Bahamas efficiently and effectively phased out CFC use through the adoption of appropriate non-ODS technologies and related measures, allowing the country to achieve complete phase-out of CFCs by the end of 2006, some three years ahead of its Montreal Protocol compliance target.

Furthermore, at its core, the TPMP recognized the need to adopt a functional institutional framework to ensure that the project’s enabling regulations and policies would continue to foster sustainable outcomes in the long term. The project promoted the development of legislation, the Act to Give Effect to the Montreal Protocol and All Matters Connected Thereto, and of an import control system under which government agencies set yearly quotas on ODS imports.  In partnership with other Montreal Protocol Multilateral Fund (MPMLF) implementing agencies, an extensive training program for customs personnel, the Fire Department, and the Royal Bahamas Police Force was conducted (2007).

The project organized a train-the-trainers event at the Bahamas Technical Vocational Institute (BTVI) and supported additional training for service technicians on good refrigeration management practices and recovery, recycling, and retrofit in the refrigeration and mobile air-conditioning sectors. To complement this training, technicians were provided with the equipment necessary to sustainably recover and recycle CFCs.

To support regulatory reform, the project focused attention on public and industry awareness of ODS phase-out through various media outlets, including, radio, television, and the print press. In addition, educational materials, such as an ODS handbook and information pamphlets, were prepared and distributed to service shops and the general public.

The holistic approach to ODS control and phase-out instituted under the TPMP allowed the government to solicit broad support for its efforts. Commercial banks, for example, elected to restrict financing for older car models with outdated ODS-using air-conditioning systems.  This contributed significantly to accelerating the retirement of CFC MAC systems and thus to reducing the demand for CFC servicing in the Bahamas. 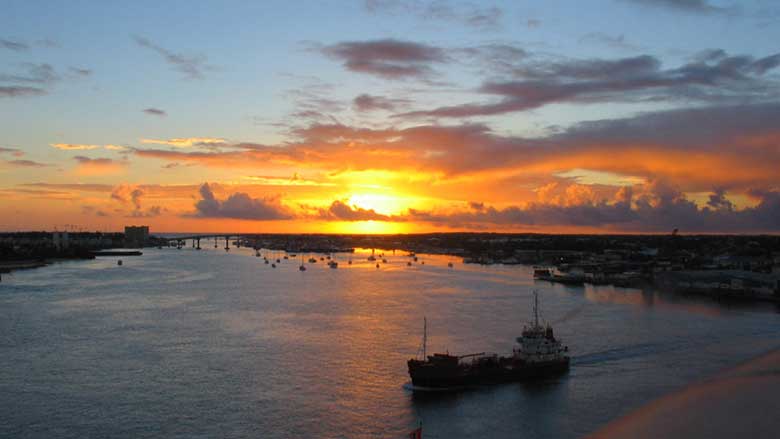 The Bank managed and supervised the Bahamas ODS project through a trust fund financed by the MPMLF.

No additional monetary funds were awarded to this project, but its numerous stakeholders included representatives from the Bahamas Environmental Science and Technology Commission, National Ozone Unit, Customs Department, Refrigeration Association, and others, each of which resolutely undertook the task of refining and moving forward the draft legislation authorizing the quota and licensing system. The Bahamas Vocational and Training Institute, via its Refrigeration Services and Engineering Society staff, delivered training and workshops for service technicians on the use of recovery and recycling equipment.

An important legacy generated by the national ODS control and phase-out strategy implemented under the TPMP was the development of a solid institutional framework to support the Bahamas’ Montreal Protocol obligations. This allowed the government to achieve early phase-out of CFCs without market disruption. Furthermore, technical competence regarding ozone issues grew, assuring the sustainability of efforts as good ODS management practices and access to alternative training technologies became firmly embedded in the BVTI training curriculum for technicians in ODS-related fields. Lastly, the project established good working relations between the government’s National Ozone Unit and stakeholders in the air-conditioning and refrigeration sector, a critical component of the future success of the Bahamas’ phase-out of hydrochlorofluorocarbons (HCFCs) beyond 2010.

TPMP grants benefitted a variety of stakeholders. Private-sector service workshops were the principal beneficiaries, thanks to the provision of training, technical assistance, and the strategic supply of hand-held ODS recovery systems for on-the-job use. The BTVI received in-depth train-the-trainers assistance, as well as two sets of recovery and recycling equipment for use in training under its enhanced curriculum. The Services and Engineering Society received training as well, supplementing and supporting that provided to the BVTI. Government officials also benefited through training provided to the staff of the Ministry of Environment, the Bahamas Environmental Science and Technology Commission, and customs officers. Lastly, the general public benefited from the project’s awareness-raising efforts, which made them more informed consumers.

Climate change
CFC-using entities in the Bahamas efficiently and effectively phased out CFC use through the adoption of appropriate non-ODS technologies and related measures.