Improving Health Coverage and Access for Mothers, Children and People with Chronic Conditions in the Dominican Republic 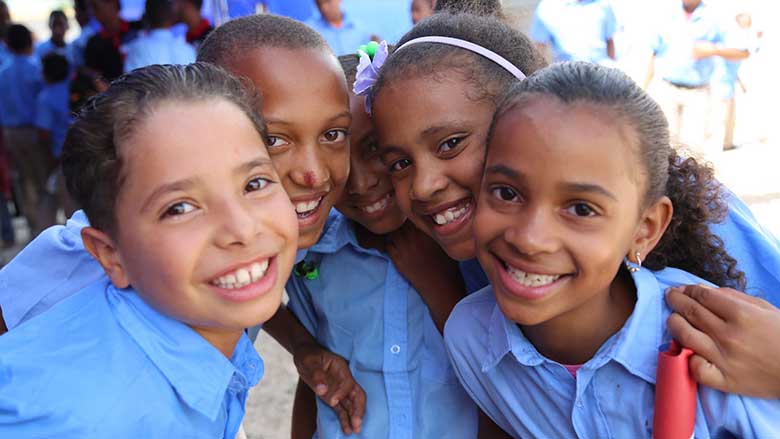 Students from the municipality of Constanza, La Vega province. Photo: Ángel Álvarez Rodríguez/Presidency of Dominican Republic
Between 2010 and 2016, the Dominican Republic expanded healthcare and decreased health inequities by affiliating 366,236 individuals with healthcare who had previously lacked it. In addition, 1.05 million poor individuals benefited from improved access to quality basic ambulatory care. Performance-based payments were introduced to boost management performance and accountability in public health service provision.

In 2009, the Dominican health system suffered from lower than average mother and child outcomes as compared with other Latin American countries: many families lacked health insurance, and chronic diseases were emerging as a new challenge. In 2007, more than 50 percent of total health expenditure was private, while 66 percent was out of pocket. The Dominican Republic (DR) also faced problems of: (i) inefficient and low quality public health services, (ii) weaknesses in health system management, and (iii) poor quality and control of public health spending.

Through the second phase of an adaptable programmatic lending program (APL2), the Health Sector Reform APL2 (PARSS2), the World Bank supported expansion of health insurance, alignment of financial incentives, and improved service delivery at the first level of care in the three most disadvantaged regions of the country. The project supported a complex health-sector transformation process in the DR that had begun in 2001 and aimed at improving healthcare delivery and increasing financial protection for the poor by strengthening the capacity of health institutions at both the central and regional levels. In response to the Dominican government’s priorities, the project encouraged more efficient allocation of resources while maintaining poverty reduction goals. Its methods included (i) introducing structural changes in the health financing model for the first level of care to generate incentives for improving service provision quality, (ii) encouraging a cultural shift from the use of historical budgets to a system aligning budget allocations with anticipated results; and (iii) foregrounding empowerment, accountability, and motivation of health staff in the participating regions. 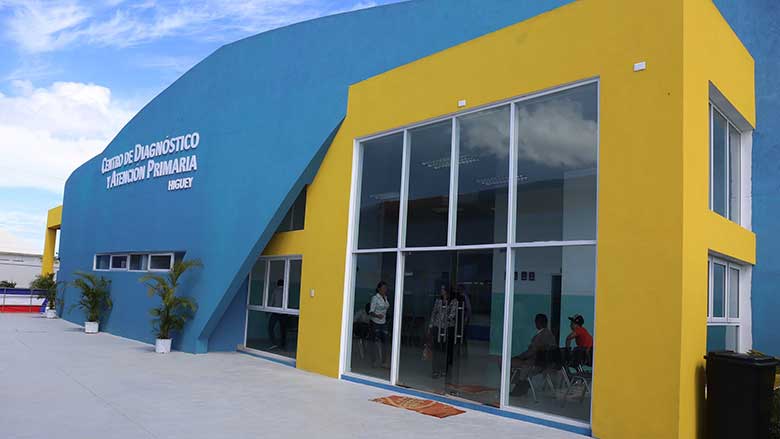 Between 2011 and 2016, the central achievements of PARSS2 support included the following:

- The percent of children under 15 months completing the vaccination scheme according to national protocols increased from 0 percent in 2011 to 68 percent in 2016.

- The percent of individuals diagnosed with hypertension under treatment according to national protocols increased from 3.54 percent in 2011 to 38 percent in 2016.

- Poor individuals prescribed medicines at the first level of care received improved monitoring to ensure provision of medications within 48 hours of their initial consultations.

Health Sector Reform APL2 was supported by a Bank loan of US$ 30.5 million. This followed an earlier loan of US $ 30.0 million to support the program’s first phase. In addition, the Bank provided technical assistance to the program and was closely engaged on the ground.

" Since my daughter was born, I have been taking her to my UNAP [primary care unit] where she receives all her vaccines. I just have to take her vaccine card, and they have all of her vaccine history. " 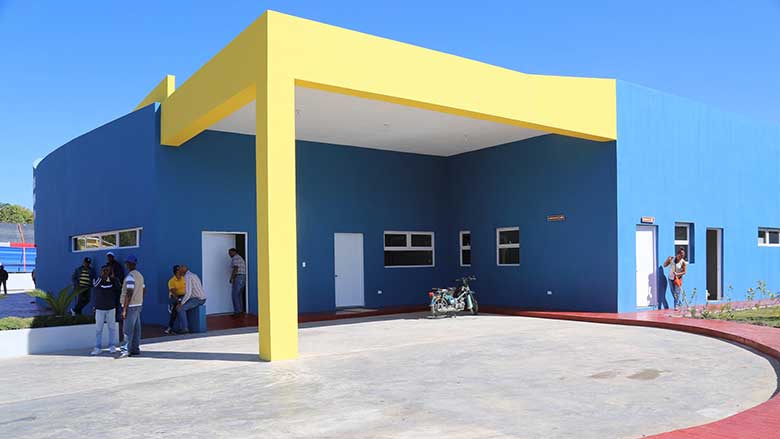 The project was designed in close coordination with the social protection Conditional Cash Transfer (CCT, Programa Solidaridad) project managed by the Inter-American Development Bank (IDB) to ensure complementarities. In particular, the project used CCT’s clinical management system for reporting targets and for accountability processes under the results-based financed (RBF) mechanism introduced by PARSS2.

The RBF mechanism introduced by PARSS2 for the first level of care was successfully adopted, incorporated as a health-sector tool, and expanded as a pilot project to other regions. The IDB project modeled after PARSS2 is currently being piloted in five of the country’s nine health regions. In addition, the National Health Service is planning on managing and expanding the mechanism nationally as an internally funded program.

Brenda Jimenez, from la Vega Province in the Dominican Republic, is one of the 1.5 million people who has benefited from improved preventive healthcare services. “Since my daughter was born, I have been taking her to my UNAP [primary care unit] where she receives all her vaccines. I just have to take her vaccine card, and they have all of her vaccine history,” says Brenda.