Improving Maternal and Neonatal Health in the Department of Sololá, Guatemala 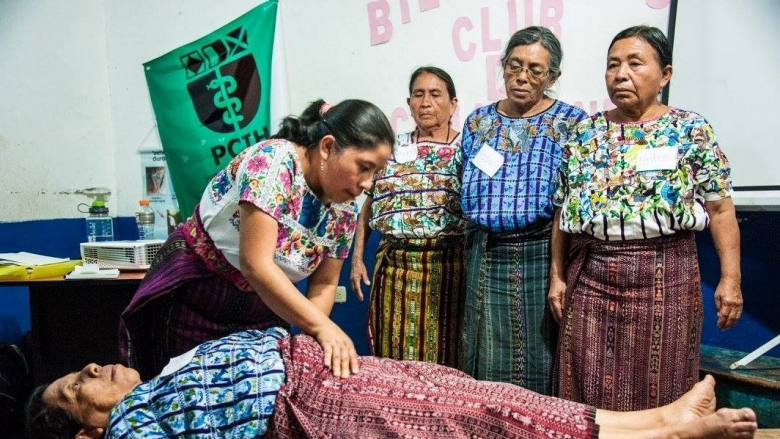 Comadronas participating in a role-playing exercise during training in Santiago, Guatemala. Photo: Samantha Fien-Helfman, World Bank
A pilot training program for indigenous midwives (comadronas), aimed at strengthening their capacity to identify women with high-risk pregnancies and to refer them to hospitals, was developed and implemented in seven towns around Lake Atitlán, Guatemala. . The training was conducted in the women’s indigenous language of Tzutujil, and the creation of visual training materials on high-risk pregnancy indicators to accompany the workshops are now being utilized and distributed in training offered by the Reproductive Health Department at the Hospital of Sololá.

Guatemala has the highest rate of maternal mortality in Latin America, with 115 per 100,000 live births, compared to the regional average of 87. Such alarming figures can be attributed to the extremely low levels of formal prenatal and delivery care, especially in rural areas. Almost three- quarters of maternal deaths are among women of indigenous ancestry, and for more than half of all expectant mothers in these rural areas births are more likely to be attended by a comadrona than by a trained health professional. This is largely because many indigenous families lack the capital to afford healthcare from the formal sector and because, due to discrimination, culture, language barriers, and geographic isolation, they tend to prefer traditional healthcare services, such as comadronas. This traditional model lacks formal regulation, however, leading to significant variation in the quality of healthcare services provided. Only one in four rural births occurs in a hospital or clinic, compared to well over two-thirds of births in urban areas. In the Department of Sololá, 1,001 certified comadronas attend 63 percent of the births, typically outside of a formal hospital setting. Many of these comadronas lack the training and critical skills needed to recognize or properly attend to high-risk pregnancies.

The Improving Maternal and Neo-Natal Health in the Department of Sololá, Guatemala project was designed to address the high rates of maternal and infant mortality in Sololá, specifically in the towns of San Pedro, San Marcos, San Pablo, Santiago, Tzununa, Jabalito, and Santa Cruz, by improving the delivery skills of the 116 registered comadronas operating in these towns and by strengthening their ability to identify and appropriately respond to high-risk pregnancies. The intervention consisted of three components:

" This is the first time I’ve come to a Ministry of Health training done in our own language. Normally they are only in Spanish, and many of the women don’t understand. We feel more respected, and it makes us want to participate. … I leave knowing I can now save more lives in my community "

Comadrona in the town of Santiago 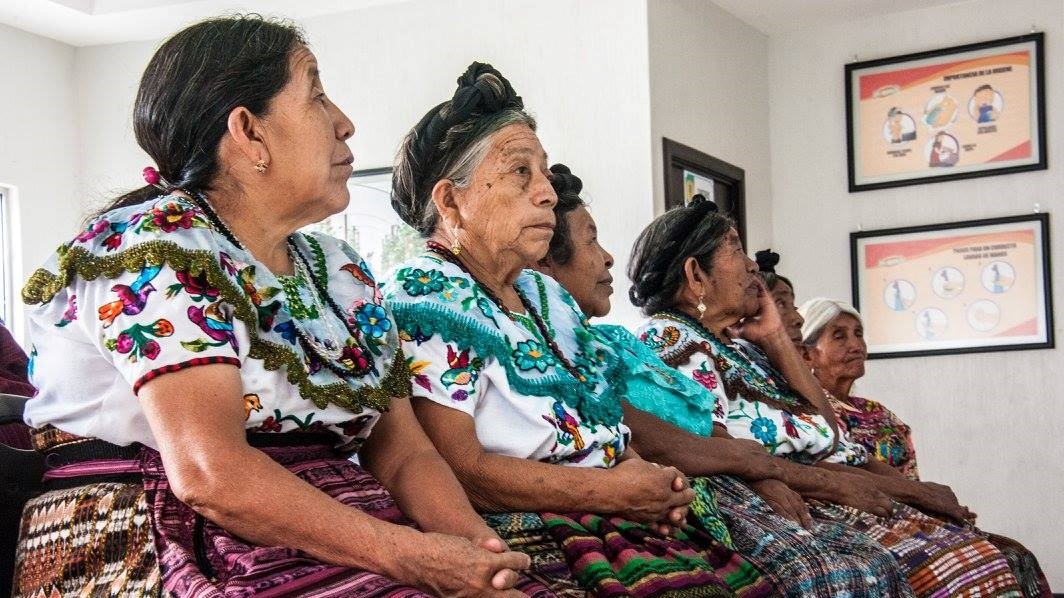 Despite the limited time since project completion, the Princeton Center for International Health (PCIH) confirms that 79 comadronas (of the 116 certified comadronas in the towns) have completed the training and that all 116 received safe birthing kits consisting of gloves, sanitizer, plastic sheets to serve as a sanitary birthing surface, and other materials to provide a clean and healthy birthing. Moving forward, PCIH plans to monitor and evaluate the success of this intervention in the intermediate and long-term in the following ways:

Early signs of progress have been noted even in advance of empirical statistical data. Within two weeks of completing their training, two comadronas referred patients to the National Hospital. They both identified themselves as project participants and stated that they would not have recognized that their patients were in danger had it not been for their recent training. These incidents highlighted the need for systematic tracking of referrals by program participants.

This project was selected as a recipient of the World Bank’s Youth Innovation Fund (YIF) competition and received $15,000 in financing from the YIF. The YIF is one of the flagship programs developed by the Bank’s Youth to Youth Community (Y2Y), a network of young Bank employees created in 2004 to channel fresh ideas and perspectives into Bank operations and to engage and empower youth in development.

Launched in 2005 as a pilot in the Bank’s Latin America and Caribbean Region, the YIF program provides an opportunity for young Bank staff to design and implement youth development projects in client countries. These initiatives provide funding, technical assistance, and knowledge exchange through partnerships with local youth and organizations. All young staff below the age of 33 at the World Bank Headquarters and in country offices can submit proposals. Selected submissions receive grants ranging from US$ 10,000 to US$ 18,000, with approximately nine months for implementation. 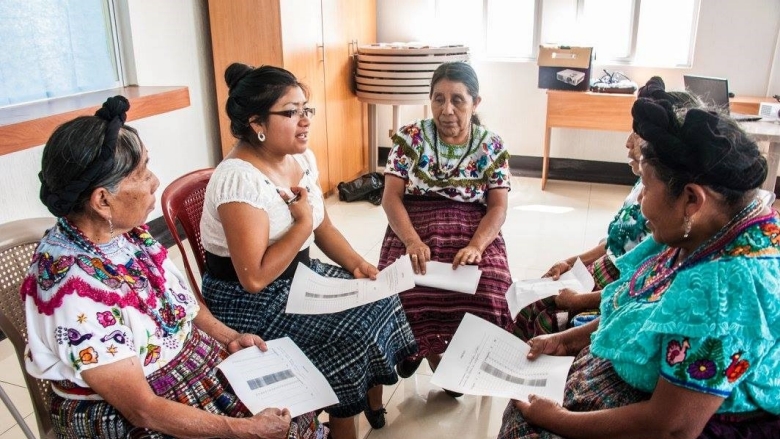 A strong partnership was formed with PCIH, an NGO working in the areas of maternal health and diabetes based in Panajachel, Guatemala, as well as with the National Hospital of the Department of Sololá, a public hospital run under the Ministry of Health (MOH). This partnership, coupled with the ministry’s ability to leverage training as a mandatory component of comadrona certification, contributed significantly to the high rates of attendance at and participation in the training.

PCIH is currently seeking funds from other donors to scale up this work to other towns in the Department of Sololá, and it plans to submit an official request to the MOH for the continued use and official adoption of this training curriculum in Sololá. Furthermore, this pilot initiative demonstrated the importance of adapting interventions to the local context, providing important lessons for future Bank operations.

“This is the first time I’ve come to a Ministry of Health training done in our own language. Normally they are only in Spanish, and many of the women don’t understand. We feel more respected, and it makes us want to participate. … I leave knowing I can now save more lives in my community.” Rosa, comadrona in the town of Santiago.

Feedback from other participants following the workshops was informative as well as encouraging. Among the points noted were the following: