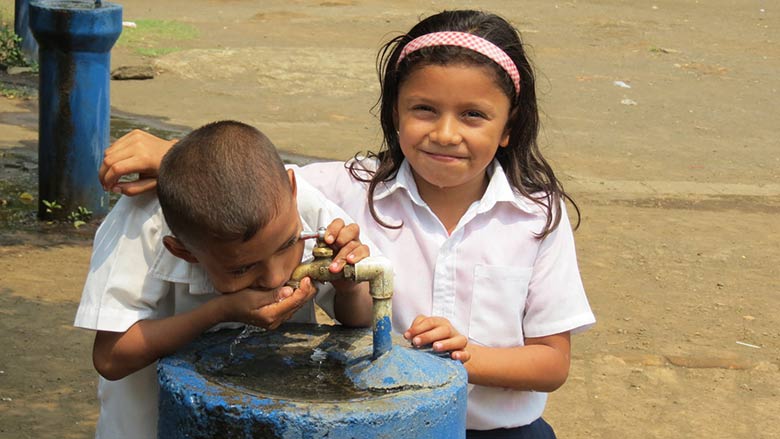 Children drink water in a school in Nicaragua

Water access
From 2009 to 2015, over 168,000 beneficiaries of the Greater Managua Water and Sanitation (PRASMA) Project gained access to reliable water supply (16 hours per day)