Moving Towards a Sustainable Low-Carbon Economy in Uruguay 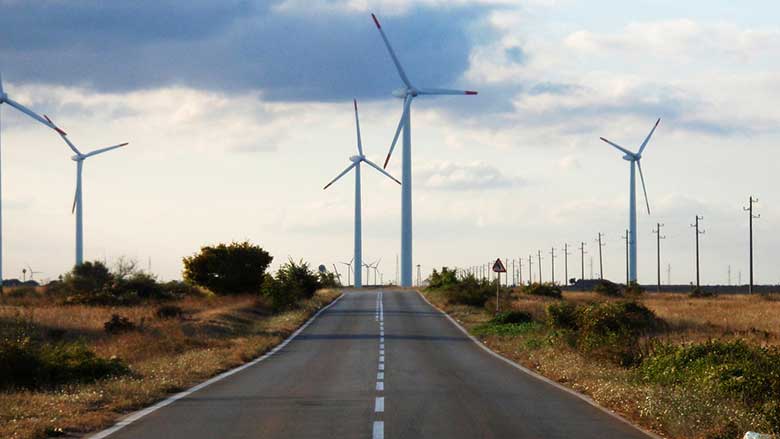 World Bank
In order to support both international and domestic policy agendas, the government of Uruguay requested advisory services from the World Bank to carry out a Low Carbon Development Study aimed at identifying opportunities for reductions in low-cost emissions. The study analyzed more than 50 interventions in four sectors (agriculture, energy, transport, waste management) by quantitatively evaluating a series of policies and investments in two dimensions: technical potential reduction in Green House Gas (GHG) emissions, and the direct financial costs and benefits and “co-benefits”. The results suggest that while not all measures should be adopted, implementing several low-cost high impact measures would generally increase GDP and labor income and promote the growth of most sectors of the economy.

More than 50 interventions were evaluated through Marginal Abatement Cost Curve (MACC) modeling in two dimensions: (i) technical potential reduction in GHG emissions that each investment could achieve and (ii) the direct financial costs and benefits and “co-benefits” of carrying out the investment. These “co-benefits” are positive effects on the well-being of society that come from the LCIs, beyond the GHG emission reduction. The net costs are quantified as a “breakeven price” or “breakeven cost” that would be required per ton of CO2 emissions reduced in order to give sufficient benefit to incentivize an investment.

The study generated a baseline for all GHG emissions in the agriculture, transport, waste and energy sectors in Uruguay. As Uruguay heads toward a low carbon future, their bold policy making is rooted in this new knowledge.

The study was specifically tailored to highlight ways in which Uruguay can maintain its growth path, specifically in the agriculture sector, while at the same time reducing overall emissions intensity. For instance, all public policy in agriculture is now subject to a routine impact evaluation that includes climate adaptation (via a resilience/sensitivity index) and mitigation (via GHG accounting). In addition, the Ministry of Agriculture and the World Bank are currently collaborating on an approach to reflect carbon in sector accounting (institutionalizing natural wealth accounting for national accounts, but also potentially for firm level accounts).

The Low Emissions/Growth Options for Uruguay Study validated many of Uruguay’s current Low Carbon Investments (LCI) and identified additional low-cost mitigation options to further reduce GHG emissions in agriculture, energy, transport and waste sectors. The results of the study laid the basis for specific LCI options across agriculture, energy, transport and waste management. The study determined that the low-cost, high-impact measures are primarily in two sectors: agriculture/ forestry and energy.

These data have influenced domestic policy debates on sustainable intensification in agriculture and the expansion of renewable energies use; informed the Government’s contributions to the COP21 process, and its contribution to the finalization of the Sustainable Development Goals (SDG) (with Uruguay being a featured country for sustained land management).

Agriculture / Forestry: In the Agriculture sector, the study considered 19 policy options, seven of which are now being implemented as high-impact mitigation measures. In the forestry sector, expansion of commercial forestry and preservation of native forest shows immense potential, as it has a negative social cost and virtually null private cost, although there are some caveats with respect to environmental costs, particularly if the expansion is based on eucalyptus. Other opportunities with potential for reduction at negative cost include: changing practices for livestock diet, improved management of grasslands, increase in irrigated area, and provision of water and shade for livestock.

Energy: In the energy sector, large-scale wind power has the biggest potential for reducing GHG emissions, with low private cost, negative social cost and considerable co-benefits.  Other low-cost, high-impact options included the use of biomass for energy generation and building wind-powered pumping stations.

Potential for reducing emissions in the transport and waste management sectors is smaller than in agriculture and energy; however, some options showed high potential, including: better vehicle labeling, improved traffic management in Montevideo, taxi conversion to natural gas, increased use of biomass for energy, increased use of biogas from industrial waste water, and use of landfill gas to generate energy.

The study was funded by the Spanish Trust Fund for Latin America (SFLAC) and the Energy Sector Management Assistance Program (ESMAP) for a total cost of US$1.011 million dollars.

A team of World Bank sectoral experts from the Energy, Transport, Urban (Waste Management) and Agriculture Global Practices worked together with Carbosur and the Research Triangle Institute to conduct the sectoral analysis in agriculture, forestry, energy, transport, and waste, as well as the macroeconomic modeling which was deployed to assess possible investment opportunities.  The cohort worked closely with their Uruguayan government counterparts in the Climate Change Division of the National Directorate of Environment, Ministry of Livestock, Agriculture and Fisheries, Ministry of Transport and Public Works and National Direction of Energy to ensure that the study took into consideration all stakeholders in government and civil society.

After the study’s completion, the World Bank carried out a series of consultations with key counterparts to allow an opportunity for in-depth questioning and clarifications. In February 2015 a final technical workshop and capacity building event was held in Montevideo, during which the methodology and data was shared with the four relevant agencies, and these agencies formally endorsed the full study. The policy dialogue and collaboration on mitigation options is expected to continue with all four agencies as these contribute to national mitigation commitments.

The strong interest across the Uruguayan government in exploring sustainable low carbon growth opportunities is reflected in the large number of strongly recommended LCI options that have either been adopted or are in route to implementation. The study influenced key strategic documents, including the FY15 Uruguayan Strategic Country Diagnostic and Country Partnership Framework, which now foresees continuation and deepening of the sustainable intensification path, highlighting the Low Carbon work as part of the Governments exemplary foresight in policy planning. Beyond providing a comprehensive list of LCI opportunities for Uruguay, the policy dialogues sparked by this study have catalyzed Uruguay’s National Communication to the United Nations Framework Convention on Climate Change, making Uruguay’s ICI options globally recognized paradigms. The study showcases potential options for future World Bank operations, underpinned by knowledge-based decision making for targeting of interventions.

The ultimate beneficiaries of the Low Emissions and Growth Options for Uruguay study and its associated recommendations are Uruguayan citizens as they stand to benefit from sustainable practices in the Energy, Transport, Urban Waste Management and Agriculture sectors. Furthermore, the Uruguayan economy as a whole will benefit from status as a low carbon economy, as this branding increases the appeal of its products on world markets.