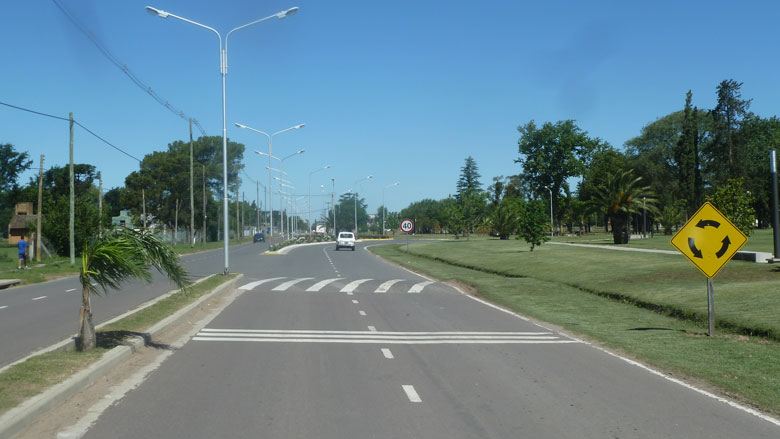 World Bank
Through the first phase of this Adaptable Program Loan program, the Province of Buenos Aires (PBA) has provided 85,775 people in the poorest areas of the Province with water connections and 229,065 people with sewerage connections. In addition, the PBA enhanced the condition of about 650 kilometers of provincial roads in priority segments of the road network and provided improved drainage of 230 hectares in the Municipality of Ituzaingó.

The 2001-2002 economic crisis in Argentina had strong repercussions on the PBA: the Province went from contributing the largest revenue to the federal revenue-sharing system in the 1990s to defaulting on its international bonds in 2002. In 2002, 64 percent of the PBA population was living under the poverty line. One of the consequences of the 2001-2002 crisis was a drastic decrease in infrastructure investment and rehabilitation by the PBA. In that year, investment was less than one percent of total provincial spending, a level far below that needed to rehabilitate existing infrastructure – in particular, the provincial road network – and to make necessary new investments, including in areas unserved by water and sanitation infrastructure and those areas subject to repeated flooding.

In this context, the PBA prepared a comprehensive infrastructure investment program within a framework of long-term fiscal balance and approached the World Bank for financial support.

The Buenos Aires Infrastructure Sustainable Investment Development Project was designed to assist in the financing of the infrastructure proposed in the PBA’s investment program. An Adaptable Program Loan was chosen, as opposed to a single Investment Loan, in order to provide a framework for additional program funding following successful implementation of the initial investments. The goal was to provide resources and technical assistance for key infrastructure investments in strategic sectors, namely water and sanitation, roads and drainage, while strengthening capacity of the implementing organizations within the PBA: the Unit for Coordination with Multilateral Credit Organizations (UCO) within the Ministry of Economy and its predecessors, the Department of Roads and Infrastructure (DVBA), the Water and Sewerage Directorate (DIPAC), and the Hydraulic Works Directorate (DIPSOH).

From 2015 to 2015, through the support to rehabilitation and maintenance of strategic investments, the Project maintained provincial roads roughness index (IRI) at 3.0 on average and 3.36 for high-traffic roads, despite increased traffic volumes. The IRI is a worldwide indicator used to measure the quality of a paved road. The higher the index the worse the roads conditions and an IRI of 0 means the profile is perfectly flat. There is no theoretical upper limit to roughness, although pavements with IRI values above 5 are nearly impassable except at reduced speeds. Project-financed roads with IRI higher than 4 in 2004 (i.e., in bad condition) reduced to an IRI of 2 after the works, facilitating commute on the Province’s most used roads. Over the 10 years of project implementation, the water and sewerage works extended water access to 85,775 people and sewerage to 229,065 people in the poorest areas of the Province. In addition, capacity building enabled DIPAC to grow its staff from 8 to 40 people over the course of the Project, and they now manage a portfolio of ARS 355 million, with funds from international financiers, as well as national and provincial governments. Drainage of 230 hectares was improved in the Arroyo Soto drainage system, municipality of Ituzaingó, effectively eliminating flooding impacts from heavy rains in 2015. New drainage design guidelines were developed to take into account the whole watershed and its hydrological cycle, completely changing the way the Province plans for the mitigation of urban flooding. 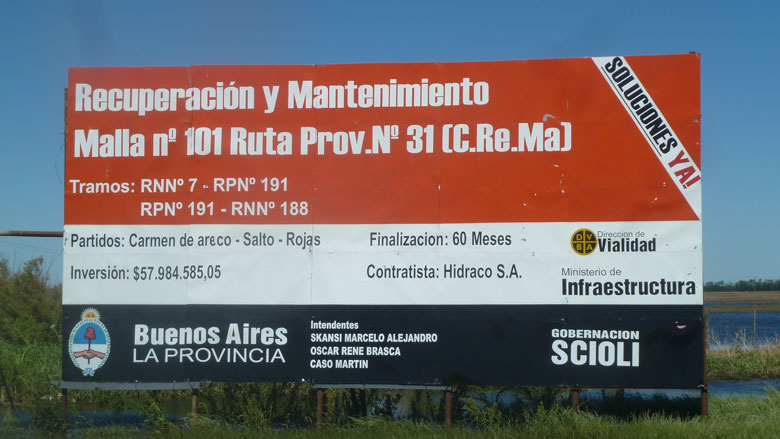 The International Bank for Reconstruction and Development provided the Province of Buenos Aires with a US$ 200 million original loan and a US$ 50 million additional financing loan to carry out the Project. Nearly two thirds of the phase 1 funds contributed to road rehabilitation and maintenance, while the rest went primarily towards funding water and sewerage access in poor neighborhoods. The Project also benefitted from a grant from the Water Partnership Program (WPP), which financed an initiative aimed at strengthening the Province’s resilience to climate change and extreme weather events.

Partners included the Department of Roads of the Province of Buenos Aires (DVBA) the Water and Sewerage Directorate (DIPAC), and the Hydraulic Works Directorate (DIPSOH).

The Department of Roads of the Province of Buenos Aires (Dirección de Viales de la Provincia de Buenos Aires, DVBA) has been equipped with HDM4, a software for the prioritization of necessary repairs and rehabilitation, which is being used as part of its operation and maintenance plan in both the Project’s roads investments,  as well as the greater Province area. Investments made in the water supply and sewerage sector have been transferred to the water operators responsible for operations and maintenance of the assets. The drainage investments made in Arroyo Soto have been transferred to the municipality, which regularly operates and maintains local streets and other local infrastructure. Finally, the Bank continues to support the Province in the floods management topic through a WPP trust fund, specifically for the development of a hydro-environmental observatory aiming to improve climate data collection and analysis at the Province level to improve planning capacity in the face of extreme weather events.

Direct beneficiary figures have been measured only for the water and sanitation interventions, and account for extended water access to 85,775 people and sewerage 229,065 people in the poorest areas of the Province. Water and sanitation investments were required to take place in areas with higher levels of low-income residents (those with a provincial indicator that proxies poverty at greater than 40), and therefore most beneficiaries were likely to be poor. In addition, the project’s drainage investments and policy measures were most likely to benefit households subject to regular flooding, and therefore more likely to be low-income.

85,775
people in the poorest areas of the Province of Buenos Aires gained a reliable water connection.