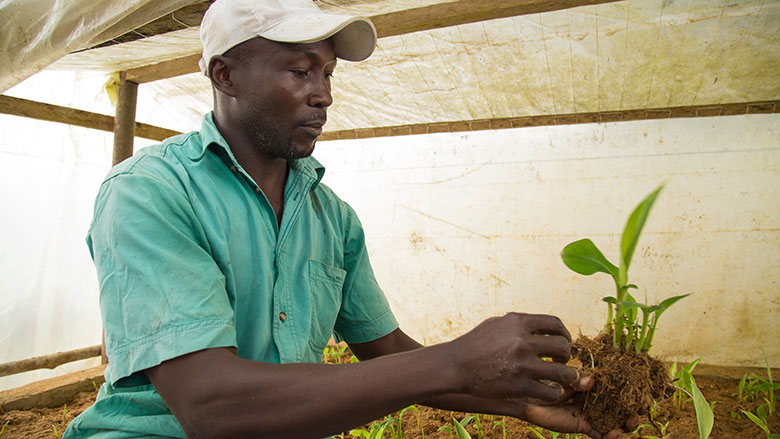 Following the post-election crisis in 2011, the Government of Côte d’Ivoire prepared a reconstruction program anchored in the 2012-2015 medium term National Development Plan. This program, supported by the World Bank Group mainly through IDA resources, was focused on the following key pillars: (i) renewing infrastructure and basic services, (ii) improving the business environment for job creation. Since 2012, more than 500 villages have been connected with all-weather roads and more than five million people have gained access to electricity, water, and rehabilitated schools and health centers. . Furthermore, effective employment opportunities have been provided to about 27,000 vulnerable youth, 35% of whom are women.

Côte d’Ivoire has experienced more than a decade of detrimental political, social, and economic crisis, culminating in2010 with a violent post-electoral conflict. Throughout the lengthy crisis period, the lack of investment in roads and transportation infrastructure as well as in energy and water generation and distribution networks, resulted in severe economic bottlenecks and took a toll on the wellbeing of the population. In addition, a poor education system, the politicization of higher education, and high unemployment have negatively impacted the youth population.

The Emergency Infrastructure Renewal Project was designed to improve access to basic infrastructure in targeted urban and rural areas following the long lasting political crisis. Given the country’s emergency needs, a $100 million IDA project was implemented and matched with a government funding of the same amount. In order to address Côte d’Ivoire’s youth employment challenge, the Emergency Youth Employment and Skills Development Project was put in place to provide a rapid response emergency grant. These two projects provided critical support to Côte d’Ivoire as it embarked on the process of revitalizing its economy.

" It is too good to be real. I was sure that this was just another project for the children of the rich and powerful and their close friends. It couldn’t possibly be for ordinary poor kids like us "

The Emergency Youth Employment and Skills Development Project (PEJEDEC), is currently being implemented.  PEJEDEC was launched in 2011 with an initial $50 million IDA grant.. At the completion of the initial phase in June 2015, PEJEDEC had created new employment opportunities for about 27,000 vulnerable youth, 35% of whom are women. It also supported professional skills training aimed at improving the employability of youth and provided them a chance to gain experience through on-the-job-training programs. On March 26, 2015, the Board approved an additional funding of $50 million to scale up successful activities.

Donors are currently organized around 14 sectorial working groups, which include mechanisms and technical teams to ensure their functioning. These working groups collaborate well, especially during project preparation, and are complemented by cooperation around specific instruments. For example, the World Bank Group, the International Monetary Fund (IMF), and the European Union (EU) have coordinated closely in the design of policy-based operations since 2011. The World Bank Group has also coordinated closely with the EU, the French Development Agency (AFD) and other key donors such as the Government of France in the design of investment programs in the agriculture and youth employment programs.

" I am the only one of three girls in my family that is working, and my father proudly tells everyone around him that his daughter works at the power utility. I can now help my family and sisters. "

The Country Partnership Framework (CPF) for Côte d’Ivoire was approved by the World Bank Group Board of Executive Directors on September 29, 2015. The CPF proposes a World Bank lending program of up to $1 billion and International Finance Corporation (IFC) financing of up to $1 billion over a four-year period. It will support Côte d’Ivoire in creating a competitive and inclusive economy, while MIGA is open to analyzing new guarantees. The CPF reflects two pathways and five prerequisites identified in the Systematic Country Diagnostic to achieve the goal of eliminating extreme poverty and boosting shared prosperity. The first entails the creation of better quality jobs through sustainable private sector-led growth in agriculture, agribusiness and the non-agribusiness sectors. The second pathway to attain inclusive growth is to build human capital by improving the efficiency and quality of spending in education, health and social protection and improving access to basic services, while strengthening the quality of labor needed for private sector growth. The five main prerequisites are: (a) continued social and political stability; (b) macroeconomic stability and debt sustainability; (c) land market reform; (d) financial sector development and inclusiveness; and (e) improved governance.

The first time Christophe Sere Konan heard about the World Bank Group-funded Emergency Youth Employment and Skills Development Project (better known by its French acronym PEJEDEC) in Côte d’Ivoire, two thoughts came to his mind: the first was “this is too good to be true,” and the second one was “does this mean jobs for ordinary people like me?”

“It is too good to be real. I was sure that this was just another project for the children of the rich and powerful and their close friends. It couldn’t possibly be for ordinary poor kids like us,” Sere Konan recalls.

Like Sere Konan, a majority of trainees and interns participating in the program could not believe that PEJEDEC offered what it promised. Prisca N’Da N’Dri Yekou holds a degree in electronics engineering. After years of unemployment and despair, she had lost faith in finding a company that would recruit someone with her specific qualifications and profile.

“I am the only one of three girls in my family that is working, and my father proudly tells everyone around him that his daughter works at the power utility” said N’Da N’Dri, one of the few young women at CIE. “I can now help my family and sisters.”