Working towards supporting the government’s Agenda for Transformation (AfT) to contribute to sustained growth, poverty reduction and shared prosperity 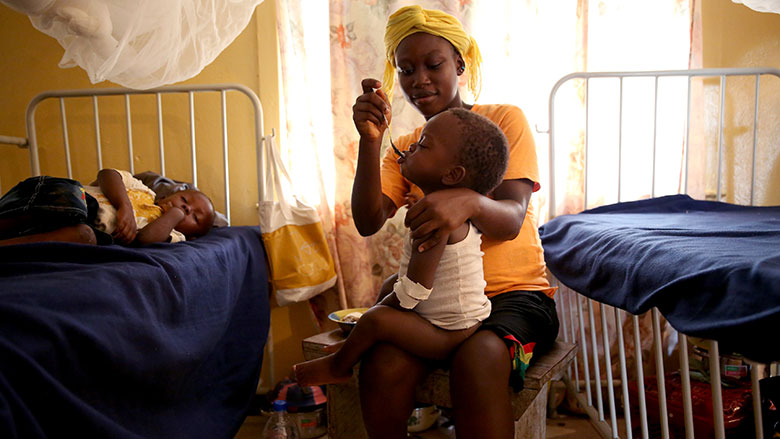 Following the end of the 14-year civil crisis in Liberia, the country embarked on an aggressive development agenda. Liberia successfully conducted the 2011 presidential and legislative elections, and is preparing for the 2017 general elections, which will choose the new head of state. In 2014, as Liberia progressed with implementing its development priorities, the country was hit by the Ebola outbreak that, combined with the decline in commodity prices, resulted in significant negative economic and welfare impact. In accordance with the Security Council resolution 2239 (2015), UN Mission in Liberia (UNMIL) drawdown continues, and security responsibilities will be handed over to the Government of Liberia on June 30, 2016. UNMIL has stated that, while continuing to hand over security responsibilities to national security agencies, it will remain engaged in advancing the development of institutional and legal frameworks for the justice and security actors. Although Liberian authorities seem to be confident in their ability to take over security responsibilities from UNMIL, President Ellen Johnson Sirleaf, in a joint letter with President Ouattara of neighboring Côte d’Ivoire, had recently urged the Secretary-General to request that the Security Council maintain the Quick Reaction Force and United Nations operations in both countries until Liberia’s elections.

The country’s economy deteriorated in 2015, with gross domestic product (GDP) growth of 0.3%, further down from 0.7% in 2014. The country is currently  struggling to recover from the twin shocks of the Ebola crisis and the sharp decline in commodity prices, which led to business closures, including of mines,  job losses and reduced fiscal revenues. Substantial downside risks remain, which challenge the government’s recovery efforts and plans to diversify the economy to mitigate the impact of such future shocks.

The continued terms-of-trade shocks and the reversal in private investment inflows due to the outbreak of the Ebola Virus Disease (EVD), have prolonged Liberia’s post-Ebola economic recovery. The mining sector, which was one of the key drivers of economic growth declined by 17% , followed by 1.1%  decline in the agriculture sector. The economy was however salvaged by a relatively resilient services sector, which grew by 5%; attributable mainly to the recovery in construction, hotels and trading services. Furthermore, fiscal revenues are projected to decline by 12%, based on the original forecast of $474million. This will necessitate expenditure cuts by the government in order to maintain the already high fiscal deficit target of 8.5% of GDP in FY2016.

The challenge is now to direct Liberia’s reform momentum into a sustained push for broad-based equitable growth, and increasing access to opportunities, particularly for youth. Recovery is expected to be led by agriculture, and agreements with foreign investors have been signed in key sectors such as mining and commercial logging. However, this also leaves Liberia vulnerable to fluctuations of commodity prices.

Both the Government of Liberia’s Agenda for Transformation (AfT) and the World Bank Group’s Liberia Country Partnership Strategy (CPS) FY13-FY17 are being implemented under challenging conditions. Liberia's security situation remains sensitive to internal and regional political volatility. Limited institutional and human resource capacity within the Government to implement and monitor reforms and priority programs outlined in the ambitious Agenda poses a significant risk.

" I work with a farming group where we planted peanuts for some time now. After the harvest we shared the cash and I am now able to pay my children’s school fees. The money I received from our hard work also helped me to build my zinc house, better than the one I lived in before. So I am encouraged to even work harder to do other things with the money I will get, "

From the very early days of the Ebola epidemics outbreak in 2014, the WB has been providing fast and most flexible response and by far became the largest source of external funds for the Ebola fight in Liberia. Effectively, the total International Development Association (IDA) resource commitment during 2014-2016 comprised nearly double of the original IDA17 allocation:

Support to building psychosocial health and resilience in Liberia was provided through the $2.75 million grant funded by the Japanese Social Development Fund (JSDF).  Thanks to the grant, gCHVs have developed concrete skills in psychological first aid, anti-stigma, community detection of mental health issues and a referral pathway and 62 gCHVs from 52 facilities have been trained and are either living or working or both in highly affected communities.

As of June 15, 2015, the IDA portfolio includes 15 projects, of which four are regional, for a total commitment of $742.3 million. Infrastructure (roads, energy) and health (Ebola Emergency Response Project/Health Systems Strengthening) account for approximately 77%  of the total commitment, followed by social sectors (13%), agriculture and environment (5%) and economic management (5%).

The WB has been a major proponent of aid coordination through the Liberia Reconstruction Trust Fund (LRTF), a multi-donor trust fund for infrastructure, administered by the WB and supported by contributions from the European Union, and the governments of Great Britain, Sweden, Ireland, Norway and Germany. The WB has been active member and contributor to the donor groups in financial management, public sector reform, agriculture, social protection, energy and health.

World Bank Group (WBG) Ebola response brought together many development partners under the leadership of the government. This strong collaboration and coordination greatly contributed to containing the epidemic and subsequently providing the foundation for strengthening the health system of Liberia.

As Liberia moves from its post-Ebola era to a long-term development phase, the WB’s CPS FY13-17 supports the government’s Agenda for Transformation (AfT) to contribute to sustained growth, poverty reduction and shared prosperity, while exiting fragility and building resilience. Key pillars are: (i) Economic Transformation; (ii) Human Development; and (iii) Governances and Public Sector Institutions. In December 2014, the CPS program was refocused to support the government’s post-Ebola Economic Stabilization and Recovery Plan. The WB will continue its work to help Liberia deepen and sustain its core governance reform program, ensure increased employment opportunities for citizens, especially youth, improve access to basic infrastructure and basic service delivery. 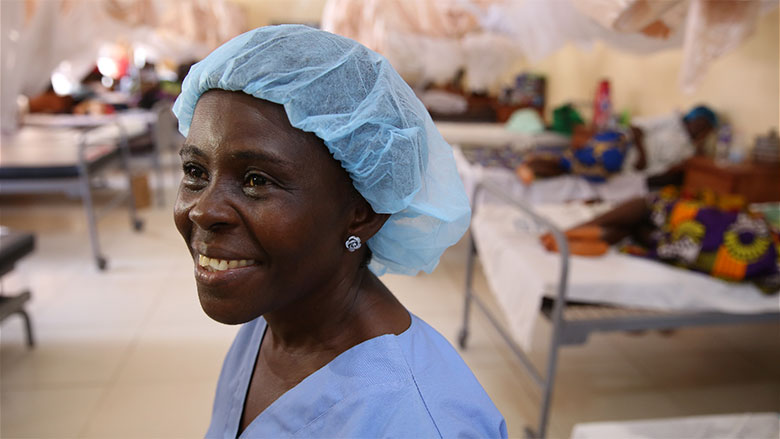 Madam Hawa Gibson, an elderly single woman, resides in Cheesemanburg, rural Montserrado County, outside Monrovia. This town was named after Liberia’s 12th president, Joseph J. Cheeseman. Ma Hawa, as she is commonly referred to, is a proud beneficiary of the YES Community Works Project implemented by Liberia Agency for Community Empowerment (LACE).

“I work with a farming group where we planted peanuts for some time now. After the harvest we shared the cash and I am now able to pay my children’s school fees. The money I received from our hard work also helped me to build my zinc house, better than the one I lived in before. So I am encouraged to even work harder to do other things with the money I will get,” Ma Hawa joyfully said.

Specifically under component one of the YES project, it resulted to an increase in the targeted number of Community Works beneficiaries from 45,000 to 47,500. Under Phase-7 of the project involving additional 2,500 targeted persons covering five counties including rural Montserrado, Bomi, River Gee, Maryland and Grand Kru. These counties are the poorest in the country based on the results from a Food Security and Poverty Survey conducted by the Liberian government through the Ministry of Agriculture, WFP and FAO.