More than 43,000 households in Vietnam received access to low-interest loans and technical support to establish 76,500 hectares of forest plantation under the Forest Sector Development Project supported by the World Bank.

World Bank Group
Implemented from 2005 to 2015 in the provinces of Binh Dinh, Quang Ngai, Quang Nam, Thua Thien Hue, Nghe An and Thanh Hoa, the Forest Sector Development Project has brought strong social, environmental and economic benefits to local communities. Under the project, more than 43,000 households in central Vietnam have received access to micro finance and technical support to cultivate over 76,500 hectares of forest. Households that completed the process for International Forestry Stewardship Certification saw 20-30 percent price increase on their timber compared to non-certified timber.

At the beginning of the project in 2005, Vietnam’s forest cover had decreased from 14.3 million ha in 1943 to 10.7 million ha. After decades of deforestation, the country had 7-8 million unused forest land that is degraded and denuded. About 25 million forest dependent poor and ethnic minority groups used forests for subsistence livelihoods, energy and safety net in times of hardship. In parallel with the degrading of  forest land resources and loss of biodiversity, the demand for both subsistence and industrial forest products has increased due to rapid population growth and economic development.

The Bank’s approach in supporting the Government to address the above challenges included policy and administrative reforms, institutional and capacity strengtheining, and provision of financial incetives for good forestrypractices. The project enhanced the contribution of plantation forests to rural livelihoods by supporting:

·        Policy and legal reforms to provide an investment and market environment that promoted commercial tree growing by investors, including households, communities, and the private sector;

·       Clarification of the role of State Forest Enterprises and non-state sectors in commercial forestry, including for provision of market-driven extension services;

·       Acceleration of the processes for land classification, issuance of land use rights certificates;

·       Strengthening of forest management capacity in all aspects of smallholder plantation forestry;

·       Introduction of financing and technical support mechanisms for communities and smallholders in transparent and cost-effective ways; and

·       Improvement in the international competitiveness of the forest industry to pay market prices for wood grown by investor households.

The project is the first, and to date, the only one in Vietnam, using the approach of on-lending to small-holder plantation which proves to be much more sustainable, compared to the country’s traditional approach of subsidizing plantation.

Being implemented from 2005 to 2015, the project achieved the following outcomes:

·       More than 43,000 households, mostly from poor and near-poor households, in central Vietnam have received access to micro finance and technical support to cultivate over 76,500 hectares of forest.

·       The project funded efforts to survey land and facilitated the issuance of land use right certificates for about 35,000 households, covering 66,000 hectares. Farmers use the certificates to apply for low-interest loans from the project’s fund managed by the Vietnam Bank for Social Policies.

·       A pilot area of 850 hectares received the International Stewardship Forest Certification for meeting strict international technical, social and environmental standards. The price of certified timber is 20% to 30% higher than non-certified timber of the same type.

·       More than 400 km of access track have been upgraded, which has lowered transport costs, significantly increased labor productivity and income as well as generated more employment for local people.

·       The project has also supported the construction of 86 fire watchtowers and 102 information boards across the project area to raise public awareness on forest protection and minimize risks of forest fires and damages.

·       The project also funded efforts to survey land and has facilitated the issuance of land use right certificates for about 35,000 households.

·       The FSDP has reinforced regulations and capacity for protecting biodiversity in Special Use Forests, including several areas that are internationally recognized for their ecological importance.

" Our family has 4.2 hectares of plantation in total. After 5 years receiving a loan from the project, we could earn from VND 90 to 100 million per ha after deducting investment costs such as seedlings, fertilizer, interest rate. We could not only pay back the loan principal but also had enough money to build a new house and afford some modern appliances. " 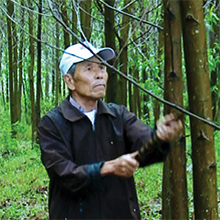 A plantation in Quang Ngai Province with the international forest certificate.

IDA finance of $72.3 million supported the Government of Vietnam in strengthening the enabling environment for sustainable forest management and biodiversity conservation and establishment of plantation forests based on different cropping systems.

Almost $16 million from the Global Environment Facility helped to improve the conservation and sustainable use of biodiversity resources in priority Special Use Forests (SUFs), which include national parks and nature reserves, and increase the reliability of SUF funding through the establishment of an innovative financing mechanism.

The project laid a strong foundation for Vietnam’s future growing plantation and exports of certified timber. The Small-holder Plantation Manual developed under the project  was institutionalized and used under other Government’s plantation programs.

The Ministry of Agriculture and Rural Development recognized that the package, including LURCs, plantation design, credit; access to quality planting materials, maintenance and protection, extension and training, and free access to markets, are fundamental in giving smallholder investors the confidence to invest in plantation forests.

Although the project ended in March 2015, the revolving fund, managed by the Vietnam Bank for Social Policies, will continue to run for 20 more years allowing  many more households to have access to this source of credits.

Emerging from the FSDP, the Government of Vietnam identified two new potential projects: (a) Forestry Restructuring and Sustainable Development; and (b) Rehabilitation and Development of Coastal Forests to Strengthen Adaptive Capacity to Climate Change. 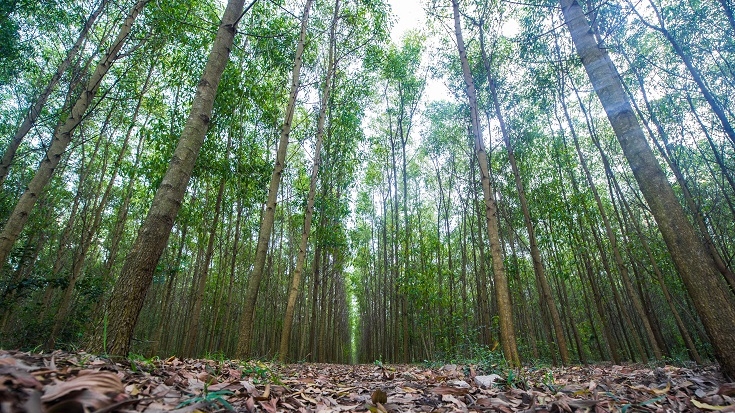 43,000 households
in central Vietnam have received access to micro finance and technical support to cultivate over 76,500 hectares of forest.