Colombia Strengthens its Monitoring and Evaluation Tools of the Public Sector 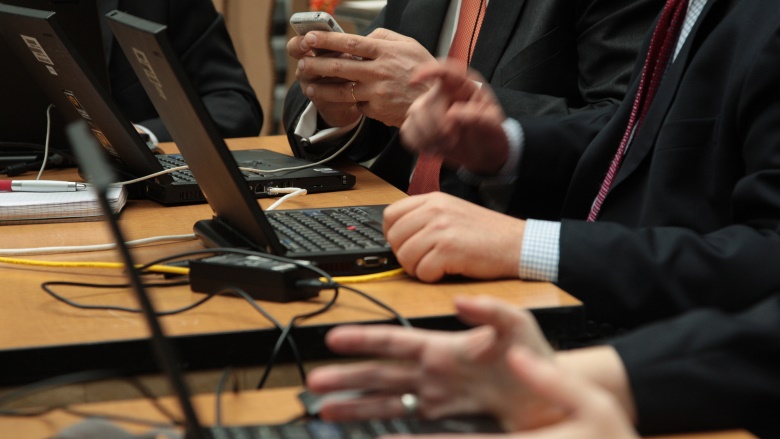 Colombia consolidated its whole-of-government performance monitoring and evaluation (M&E) system (SINERGIA), making it one of the most advanced in the world. Using an elaborate series of performance-based indicators, SINERGIA tracks policy performance government-wide and evaluates the implementation of key programs by agencies across multiple sectors.

The Colombian government has achieved considerable success creating and strengthening SINERGIA as an indispensable tool for enhancing social accountability and generating quality information to inform government policy-making. However, substantial challenges still remained, including (i) the lack of a single, clear conceptual framework, (ii) the need to clarify the roles and responsibilities of the ministries and agencies which support the government’s M&E system, (iii) the absence of clear links between planning, budgeting and evaluation, and (iv) severe problems with the availability, frequency, and quality of data.

Capitalizing on broad government support for the continuous development of M&E tools, the World Bank financed the Strengthening Public Information, Monitoring, Evaluation for Results Management – StatCap Project, designed to develop and strengthen M&E systems in the following areas: (i) public investment projects at the national and subnational levels under the Public Finances and Investments Unified System (SUIPF), (ii) program evaluation under SINERGIA Evaluations, (iii) performance monitoring of the national development plan under SINERGIA Monitoring, (iv) M&E systems at the sub-national level, under SINERGIA Territorial, and (v) public information management under the National Statistical Office (DANE). Although the strategy to strengthen Colombia’s M&E system underwent several changes during the operation’s lifetime, the project succeeded in providing effective support to the National Planning Directorate (DNP) to implement its vision. The project also acted as a catalyst to leverage additional resources and expertise from line ministers while, at the same time, introducing an M&E culture beyond the DNP.

The use of SINERGIA Monitoring increased significantly. Between January 2012 and December 2014 the number of visits to the monitoring dashboards by government officals increased from 13,627 to 80,687. Citizen use of the monitoring dashboards increased as well from 44,932 to 325,276 visits. Users also reported significant improvements in the quality of information; the composite qualification (timeliness, clarity, usefulness, credibility, and relevance) improved from 3.3 to 3.8 between 2010 and 2013.

The number of programs being evaluated grew from 24 to 108 between 2008 and 2014. SINERGIA Evaluation users reported a significant improvement in the quality of the information, with the average composite score increasing from 3.5 to 4.1 between 2010 and 2013.

Capacity improved among the municipal governments participating in SINERGIA Territorial, with 70 percent improving their Overall Municipal Performance scores between 2012 and 2013.

Finally, the number of investment projects incorporated each year into the SUIFP grew from none to almost 4,000 between 2008 and 2014.

The Bank financed the strengthening of the M&E tools under SINERGIA, including US$15.8 million directly allocated to the project.

The operation also leveraged financing from other sources. Japan’s Policy and Human Resources Development (PHRD) Fund provided US$600,000 to help build substantial capacity and consensus among the main stakeholders during project preparation. The development of the SUIFP received additional financing from the Inter-American Development Bank (IDB) and the US Agency for International Development (USAID). Likewise, the project attracted substantial additional financing for program evaluation, as a Memorandum of Understanding was signed with the IDB and the Bank to guarantee that all program evaluations financed by these institutions be conducted as part of SINERGIA Evaluation. In addition, DNP authorities effectively cooperated with other government agencies interested in evaluating programs by providing evaluation expertise or financing in exchange for including the program evaluation under SINERGIA Evaluation.

The Colombian government has allocated budgetary resources to DNP for ongoing strengthening of SINERGIA at the national and regional levels, including US$20.4 million to continue the development and consolidation of SINERGIA Monitoring and SINERGIA Evaluation, between 2015 and 2018. In addition, financial support from the Subnational Institutional Strengthening Project will provide financial support for activities focused on the strengthening of M&E capacity at the subnational level under SINERGIA Territorial.

While the Colombian people are the ultimate beneficiaries, this operation directly benefits the Office of the President by providing the information needed to monitor the implementation of the National Development Plan. The President uses SINERGIA routinely to discuss with the regions and line ministries the advances in terms of program and financial execution. In addition, government officials are now better equipped to support policy making with evidence-based data, including funding allocations, and to use results from the evaluations in program design and redesign.