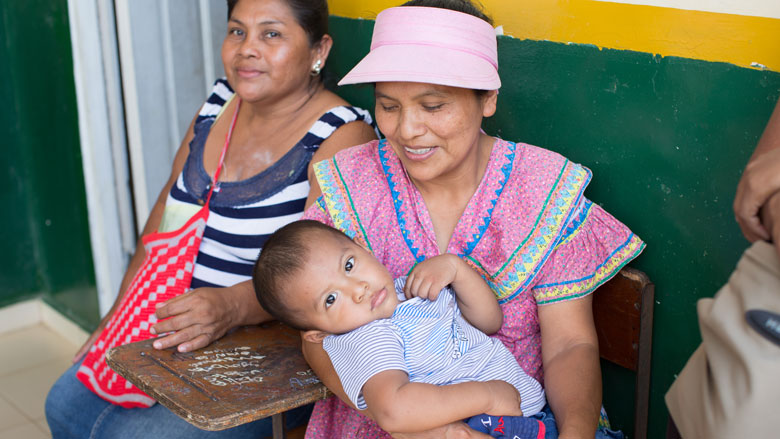 Since 2008, Panama has delivered basic health services to nearly 180,000 beneficiaries per year from rural non-indigenous areas through mobile health teams. Despite the difficulties, results are remarkable: pregnant women receiving prenatal controls rose from 20% to 86%, children below 1 year with complete vaccination scheme rose from 26% to 96%, and professionally assisted delivery increased from 6% to 92%.

Although Panama achieved important health outcomes (under 5 mortality declined from 34 to 20 deaths per 1,000 births between 1990 and 2004) and devoted a substantial amount of its GDP to health expenditures (7.7 percent in 2004), well above the regional average of 6.5 percent, inequality in the health sector persisted. Due to geographical, financial and cultural barriers to access key preventive services for mothers and children, poor rural households experienced lower health outcomes. For instance, immunization rates increased for the non-poor but decreased between 4 and 5 percentage points in poor households (except for the anti-tuberculosis vaccine BCG).

In 2008, the Minister of Health (MOH), with IBRD’s Project support, decided to introduce the Health Protection for Vulnerable Populations program (PSPV, for its Spanish acronym) to deliver a package of basic health services to poor non-indigenous populations in rural areas. In order to deliver the package of health services, the MOH signed performance agreements with local MOH teams and private sector organizations. These agreements were based on capitated payments and a results-based financing approach, innovative methodologies introduced by the Bank. 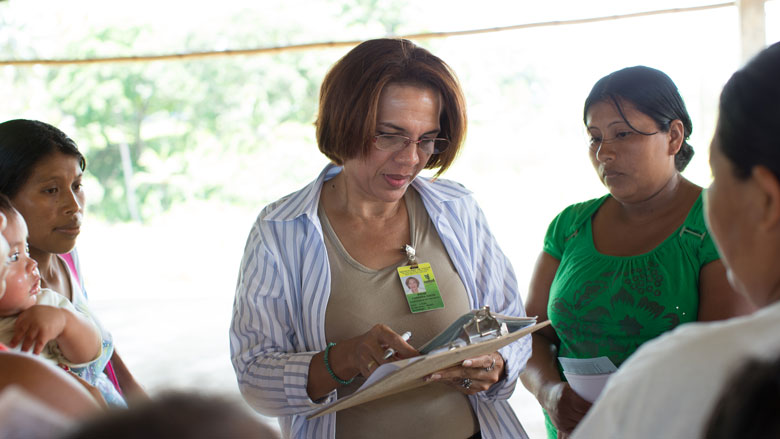 According to audited data for the Project, nearly 180,000 beneficiaries per year living in non-indigenous rural areas received regular access to a basic package of health services through the mobile health teams financed by IBRD. The following results were achieved:

The Project was implemented with a strong partnership among IBRD, the Financial and Administrative Health Management Unit –UGSAF – from the MOH, MOH Regional Offices, and private sector providers.

The Inter-American Development Bank stepped up its support to Panama’s effort to reach the remote rural areas following the conclusion of IBRD’s Project in 2014.

There is a new IBRD Project under preparation to continue supporting Panama to address its inequality challenge in the health sector. The new project focuses on the inclusion of indigenous people from the “comarcas”, in line with the World Bank and Panama Country Partnership Framework.

86%
of pregnant women with at least 3 prenatal controls