Providing Productive Agricultural Land for the Poor in Bolivia 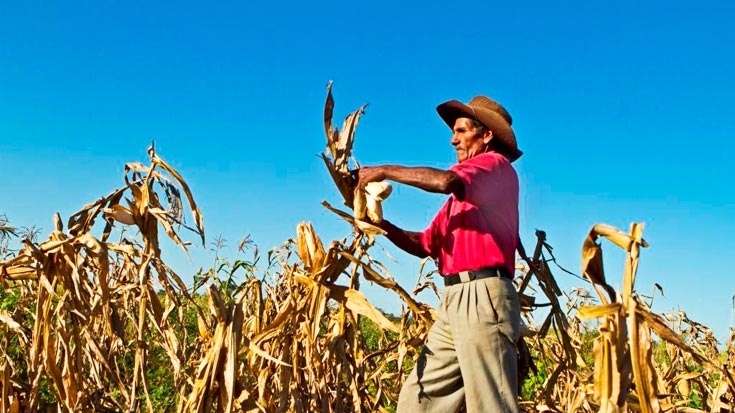 World Bank
Bolivia’s pilot program developed land access mechanisms to benefit predominantly indigenous families organized in productive associations. These associations were granted more than 150,000 hectares of land, and through grants and technical assistance, average family income increased by 39 percent. Women participated actively through, for instance, training sessions on agricultural production (38%) and the management of the associations (74%). 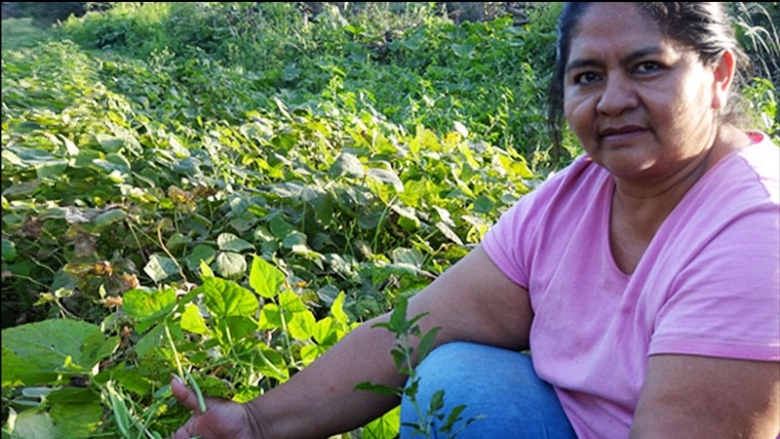 Project beneficiary in all-women Productive Association proudly shows the fruits of the investment supported by the Project.

Access to agricultural land has been a long-standing challenge for poverty reduction in Bolivia. Despite government efforts since the Agrarian Reform of 1953, landlessness has been growing. Traditional, often bureaucratic land access mechanisms, such as public land distribution and planned settlements on lands identified during the regularization process, could not satisfy the growing demand. Meanwhile, underutilized private lands were on the rise in the eastern lowlands, especially in the Department of Santa Cruz, at a time when Bolivia was undergoing significant political and social changes. Since 2006, President Evo Morales’ administration has made agrarian reform one of its central policies, promoting equity through the distribution of agricultural land, with a particular focus on communities of Indigenous Peoples’ Territories (Territorios Comunitarios de Origen, TCOs) and Communal Lands (Territorios Comunitarios, TCs). However, due to a lack of technical capacity and productive assets, poor farmers, and especially indigenous families still faced constraints to benefit from the right to land that they had received as members of TCOs and TCs.

The Land for Agricultural Development Project was designed as a pilot effort concentrated on selected municipalities of the Department of Santa Cruz, where the land market looked favorable to test new land access mechanisms. Project design was informed by the World Bank’s global experience and by South-South knowledge exchanges (with, for example, Brazil). The project initially focused on land purchasing, but changing market conditions made land prices unaffordable for beneficiaries. Based on implementation experience and the pro-poor land policies promoted by the Morales administration, the land access mechanisms were broadened to include leasing, share cropping, and especially an innovative alternative that allowed poor indigenous families who had been given collective land rights to enjoy these rights productively by providing them with matching grants and technical assistance for agricultural productive investments and commercialization of products. This mechanism in particular had demonstrable impacts and could be replicated countrywide and other countries of the region. 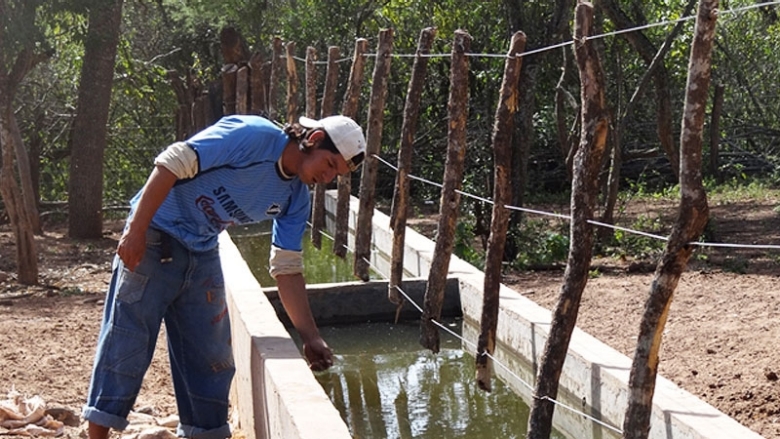 Community member inspects the water at a water trough built with Project support.

The Bank financed the project with a credit of US$15 million equivalent (XDR 9.80 million). Based on global experience and good practices, the Bank also provided substantive technical advice on the design and operationalization of the various land access mechanisms and the participatory process to organize the beneficiaries in a culturally and environmentally adequate manner.

The United Nations Food and Agricultural Organization (FAO) provided technical expertise during project implementation and for the final evaluation.

Although a follow-on project was not prepared, Bolivia has a proven mechanism to consolidate access to land, especially for indigenous peoples in TCOs and TCs, which could be scaled up. To ensure the sustainability of the productive associations, the project implemented a graduation plan. This plan ensured that the associations had achieved a minimum set of conditions related to organizational, administrative, technical, and entrepreneurial competencies. Consequently the capacity of most associations was strengthened and they should be able to continue with their productive activities and participate in other rural development programs. Long term project benefits also include the processing of identity documents for women and youth.

Edith Rosario Herrera, Treasurer of the “April 19” Productive Association, says of the work carried out by women: “We’ve learned to do a work we had never done in our lives; we had seen it, but now we have done it.” Jesus Flores, another project beneficiary, tells of future plans: “We intend to carry on with the productive association. Now that we have gotten our legal status, we also intend to get the tax ID number, to continue forward.”

150,000 hectares of land
were granted to Bolivia's indigenous families.