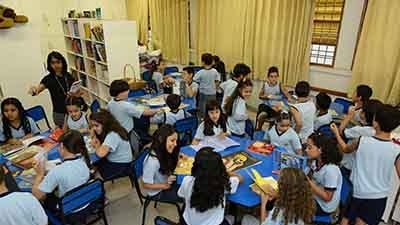 In the education sector, the project effectively fostered monitoring and evaluation, efficiency, and innovation

Gil Leonardi/Imprensa MG/Handout
The state government of Minas Gerais improved the efficiency and effectiveness of its use and allocation of public resources by strengthening its Results-Based Management (RBM) system, encouraging the creation and measurement of cost information in the health, education, and transport sectors, and setting priorities for strategic projects.

In 2002, the state of Minas Gerais launched a Results-Based Management (RBM) reform program to address the large levels of debt, poor management, and low investment. Through the Management Shock (Choque de Gestão) reform program the state government regained control of the state’s fiscal position. By early 2008, the re-elected government moved into a second phase of the reform process, which entailed introducing rewards and penalties linked to the achievement of goals to all state secretariats. The challenge was to implement and expand the RBM model and further improve public sector management and the delivery of public services.

The Bank supported the state’s reform efforts through the three-part “Minas Gerais Partnership Series.” The second operation under this partnership series was the “Second Minas Gerais Partnership Project,” which allowed the Bank to respond to the challenges in Minas Gerais in a unique manner, through support for priority expenditure programs, technical support through technical assistance, and on-going guidance of Bank specialists. Because the project was among the first of the Sector-Wide Approach (SWAp) operations, the Bank went beyond its traditional ways of investment lending, and included disbursements linked to the achievements of indicators, technical assistance, and day-to-day advice on a variety of issues.

The project paved the way for significant reforms and a culture change in the public administration of Minas Gerais. It improved the state government’s effectiveness, efficiency, and ability to deliver services. As one of the first successful models of RBM, the project served as a model for the national government, other states, and other countries, which replicated the system. For example, certain education policies developed under the project at the state level have influenced policy-making at the national level. The program supported improvements in the following key outcome areas:

The Bank supported the project with a loan of US$ 1.4 billion.

In 2012, the project was complemented by the third operation under the partnership series, the “Third Minas Gerais Development Partnership DPL.” Although no follow-up projects are planned, the longstanding relationship between the state of Minas Gerais and the Bank is likely to continue after project completion.

The improvements in public sector management benefited all citizens through more cost-efficient administration and higher quality public service delivery. The state government’s staff benefited in particular as coordination and communication among the secretariats improved and the information on the impact of government programs allowed them to make more informed decisions. A staff member of the state government stated that the RBM system “helped ensure the completion of pre-established actions and achievement of goals, thus impacting the quality of work and motivating the team.”