April 16, 2014
Drawing on strong client partnerships and firm engagement with the European Commission (EC) and relevant line ministries, the “Europe 2020 Romania” report, delivered in August 2013, provided a set of country-specific and evidence-based recommendations on how Romania can work toward the goals of high productivity and sustained growth, as set out by “Europe 2020,” the European Union’s (EU) competitiveness strategy.

Aggravated by the economic crisis, the Romanian economy faced serious challenges in attaining the productivity and growth targets set out in Europe 2020. In 2012, for example, only 64 percent of 20–64 year olds were employed (compared to Romanian and EU targets of 70 and 75 percent, respectively), while investments in research and development (0.5 percent in 2011) have lagged considerably behind the EU’s target of 3 percent of GDP. Of particular concern have been skills shortages stemming from the inadequate provision of the generic and technical skills necessary for a competitive economy, as demonstrated by persistently high unemployment rates for youth, women, and older workers. In addition to these obstacles, there was evidence that both the tax and social benefits system and labor regulations were not responsive to groups with looser labor market attachments, like women and ethnic minorities, who faced monetary disincentives to work and legislative barriers to employment.

Building on previous World Bank engagement and leveraging its role in knowledge production and dissemination, the “Europe 2020 Romania” report examines the challenges faced by the Romanian government in the areas of employment, productivity, and the quality of labor skills, in order to map out the steps needed to attain the Europe 2020 targets. Focusing on job creation as a driver of economic growth and development—in line with the 2013 World Development Report—as well as on education and labor skills, the report puts forward a series of evidence-based recommendations to stimulate the improvements in living standards, productivity, and social cohesion that are central to realizing the Europe 2020 goals. Its success demonstrates the potential of both (i) adopting an innovative, supply-driven approach, which can help generate strong client engagement, and (ii) ensuring that the process is inclusive, involving key stakeholders such as the EC, line ministries, and others during its early stages.

" I chose business administration. I hope this is my future. I hope to be a successful business man "

The “Europe 2020 Romania” report, prepared between November 2012 and August 2013, has helped deepen knowledge and inform government policy/strategy in several key areas1. Through the diagnostic of labor market trends and analyses of the skills supply and demand in Romania, comparative analysis of monitoring and evaluation frameworks and showcasing monitoring practices, (e.g., Romania poverty map) and evidence-based good practice in policy-making, the following specific recommendations have been developed:

World Bank budget funds constituted the sole financial contribution toward the US$135,000 project costs in FY13.

Close collaboration between the Education and Labor/Social Protection sectors, as well as the Poverty Reduction and Economic Management Network and the Impact Evaluation team in the World Bank, helped to cover a wide technical base and contributed to the comprehensive nature of the report. The Ministry of Economic Affairs and the Ministry of Foreign Affairs supported consultation and dissemination events.

While disseminating the project outcomes, the team participated in a Europe 2020 working group meeting, involving representatives and stakeholders from various line ministries. This meeting discussed the EC country-specific recommendations for Romania, and presented the recommendations outlined in the Bank’s “Europe 2020 Romania” report. Ongoing challenges will involve addressing how to realize these recommendations in practice. Through further distribution of the report and ongoing technical support, the next phase will respond to these challenges by using the report as a springboard from which relevant, useful input will be provided through scheduled technical assistance and Reimbursable Advisory Services.

" We have in our company today 3,600 employees, and we are planning to grow. This growth is depending a lot on the economic environment in Romania. "

Stefania lives in a Roma community in the village of Frumusani, Romania. She is pictured here with her sisters Florina, Stefania, and Sebina.

Access to good quality education and a more dynamic labor market will make a major difference in her chances of leading a fulfilled life and contributing to a competitive and inclusive society.

“We have in our company today 3,600 employees, and we are planning to grow. This growth is depending a lot on the economic environment in Romania.” -  Marius Georgescu, Sales Manager, Hewlett-Packard Romania

“I chose business administration. I hope this is my future. I hope to be a successful business man.” -  Ionut Serea, 23, student, business major. 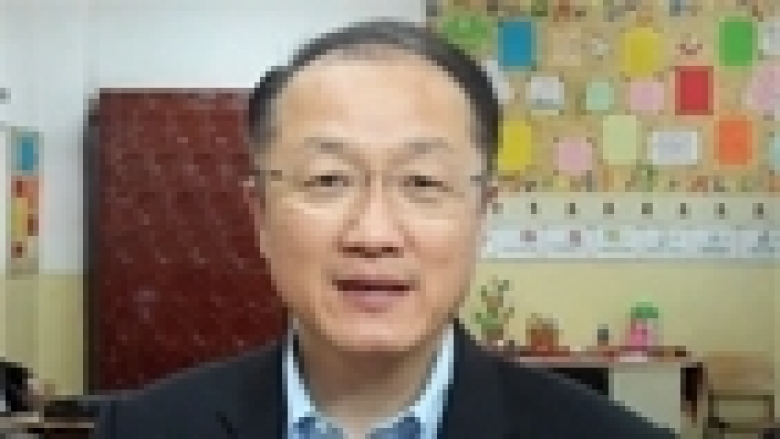