World Bank Group
The Post-Chernobyl Recovery Project helped to improve the livelihoods of approximately 250,000 citizens in the three areas affected by the Chernobyl fallout—Brest, Gomel, and Mogiliev—by eliminating inefficient heating and lighting systems in public hospitals, schools, and orphanages, resulting in increased average indoor temperatures in public buildings and reduced school absences related to sickness. Global environmental concerns were also addressed in the estimated reduction of 121,150 tons per year of CO2 emissions.

Twenty years after the Chernobyl accident in 1986, social and economic development still had an important role to play in mitigating the effects of the nuclear power disaster that had depressed the quality of life in the affected regions of Belarus. The population had continued to be concerned about the impact of radiation on their health and well-being, and investors from outside the affected areas were reluctant to undertake economic activities in the region. It was therefore critical to provide economic opportunities and to improve the living environment in those areas, including by providing reliable heat and hot water services, particularly in the rural areas.

" It is easier for us and it is better for the patients, it is warmer and lighter and it is more comfortable. "

A hospital stay is not the most enjoyable time in a person's life so it is important to provide patients with qualified medical care and a well lit, warm room free of drafts.

The World Bank uniquely possessed the requisite experience in the energy sector and the region, and had maintained trusted advisory and investment relationships with Belarus. The project was a shift away from humanitarian assistance toward the longer-term goal of sustainable development for the region.

The project provided the population residing in the Chernobyl-affected area with energy-efficient and reliable heat, lighting, and hot water services. The energy-efficiency measures implemented included (i) the replacement of inefficient old boilers and heat distribution systems, (ii) the installation of new windows, (iii) the improvement of lighting and insulation in public buildings such as schools, hospitals, and orphanages, and (iv) the restoration of essential heat and hot water services to public institutions that were receiving less than adequate services. In addition, investments in residential gas connections provided clean and improved space heating to households that were burning wood inside their homes, with detrimental consequences on the environment and public health.

" It became warmer and lighter, and we have managed to save budget funds. Compared to the time when we didn’t have the new windows and lighting, we are now saving 15 to 20 percent. "

Retrofitting heating systems, installing thermal insulation and lighting brought more comfort and improved amenities to 500,000 people. Many of these institutions are located in territories affected by the Chernobyl nuclear disaster.

The project, supported by the loan and additional financing in 2006-2013, has exceeded its target indicators and met the important objective of improving the life of the beneficiaries residing in the Chernobyl-affected area.

The first US$50 million International Bank for Reconstruction and Development (IBRD) loan was provided in 2006. A supplementary US$30 million loan to scale up activities at additional sites in the three regions was approved in October 2010.

The design of the project was shaped by and benefited from extensive consultations with the affected population, the Government of Belarus, and other stakeholders, and also with international agencies working in the relevant areas, including the United Nations Development Programme (UNDP), the European Union’s Technical Assistance to the Commonwealth of Independent States (EU-TACIS), and bilateral organizations. The World Bank team worked closely with the Energy Efficiency Department of the State Standardization Committee responsible for the coordination and management of project implementation on a day-to-day basis, as well as with the Ministry of Energy, Chernobyl Committee, and local executive committees. The Brest, Gomel and Mogilev regions financed energy-efficiency improvements in the Chernobyl-affected areas simultaneously with the project.

The Government of Belarus places a high priority on increasing energy efficiency and cooperation with the World Bank, and the project was an integral part of the Government’s strategy in this regard. Successful project implementation has paved the way for an Energy Efficiency Loan and Additional Financing, which focus on supply side energy-efficiency improvements, and has also contributed to the dialogue on energy sector reforms in Belarus, leading to even deeper cooperation on renewable energy and heating tariff improvements.

The Government has expressed interest in continued cooperation with the Bank in the energy sector. 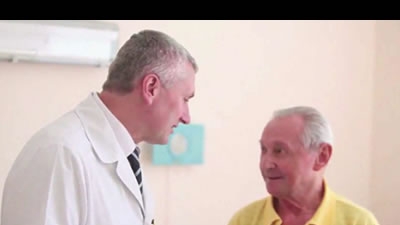