Four and five year olds in the Armenian region of Vayots Dzor are finally learning the simple but imperative skills, which will make them better students in their studies ahead.

Their classroom, educational tools and specially-trained teacher are part of an early education development project in Armenia, where preschools and kindergartens had greatly deteriorated - or closed altogether - after the fall of the Soviet Union in the early 1990’s.

" In these classes, they gain knowledge, and it is very helpful for them prior to going to elementary school, and it helps their future teachers as well. "

The government-run project supported by the World Bank in collaboration with UNICEF has so far created 275 new early education facilities across Armenia, mostly in the country’s rural regions where the need is greatest. In addition, the project has provided nearly 600 educators with training in updated early education techniques.

“All the staff has higher education, but the training taught us to be more innovative and use new materials, and it helped us approach each child individually, so it was extremely beneficial,” said Marine Grigoryan, a Kindergarten Principal, in the village of Zangakatun in Ararat region.

Under the project, her kindergarten and others across the country have been revived.

New early education centers have also been created through the project in already existing schools.

Parent, Armenuhi Nazaryan, says the newly added kindergarten to her village’s school in Vayots Dzor will be good for her four-year-old son, as soon as he gets used to it.

“It is hard for him at first, but he is adapting little by little,” she said.

The project’s objectives of increasing school readiness levels and the enrollment in preschool institutions - especially among Armenia’s poorest communities - are being achieved, says the country’s Education Ministry, which is implementing the education project.

" This project was needed due to the lack of kindergartens in many communities in the country, and the goal is to have 90 percent of all kindergarten aged children in school by 2015. "

representative from the project implementation unit

Tigran Harutunyan is among the estimated 6,300 children who have benefited from the project so far.

He’s just started school at a newly established kindergarten in the Armenian village of Sisavan in Ararat region.

The project objective is to increase school readiness levels and the enrollment in preschool institutions - especially among Armenia’s poorest communities.

His mother, Susanna Harutunyan says her five-year-old will be much better prepared for primary school, unlike her two older children, who were born when such early education centers were not available.

“I always dreamt of my children going to kindergarten but we didn’t have one, and we couldn’t go to another village.  So when the kindergarten opened, I was very happy because it is a nice environment and the teachers are good,” she said.

Not only is her son’s education now secured, says Mrs. Harutunyan, but she can now focus on her own career as a teacher, instead of watching Tigran at home! 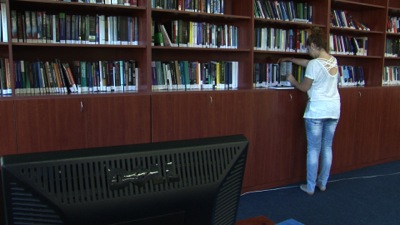 6,300
children in Armenia have benefited from the Education Quality and Relevance project
Source »