Protecting Social Spending in the Wake of National Disasters 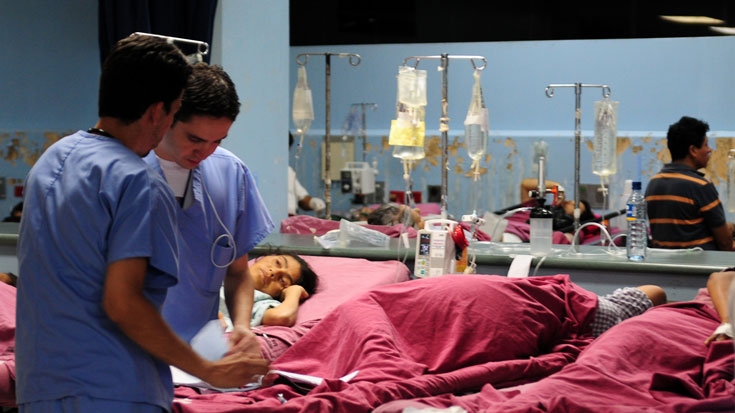 World Bank
This emergency loan was designed to help the government maintain health and education spending for its poorest 130 municipalities, while allowing it to respond to a series of natural disasters. By project closing, the number of education and healthcare workers in those municipalities had remained at the same level, indicating no cuts to personnel, and by proxy maintenance of service provision.

In 2010 —shortly following the global financial downturn that weakened the Guatemala economy— a volcanic eruption, hurricanes and ensuing flooding, created additional spending pressures for reconstruction on already strained fiscal resources. Since the global financial crisis had already significantly reduced economic activity, cut jobs, and curtailed the flow of wage remittances, the risk of a greater number of people falling into poverty had increased and pro-poor policy actions were even more critical.

Given the emergency situation, slow growth and weak tax collections, the Government was faced with the difficult financial decision of whether to fully fund the recovery and reconstruction at the cost of reducing key social services or to push back reconstruction into the future to maintain services in the near term. As Guatemala’s social indicators outcomes are some of the worse in the region, and the country spends the least as a percent of its GDP on health and education, any further social cuts would be quite detrimental.

The Government, though committed to medium- to long-run financing of basic education and health services, requested the ERL to support the provision of social services in the near-term as reconstruction began and fiscal resources were severely stretched.  The ERL team, who rapidly prepared the project in 6 weeks, worked closely with the existing WB education and health projects in Guatemala, to design a simple, fast-disbursing instrument. The ERL would reimburse the government for wage payments to education and healthcare personnel in the poorest 130 municipalities, based on statements of expenditures, provided personnel numbers met base levels. The number of educators and healthcare personnel had to be used as a proxy for service provision due to data limitations on high-frequency service outcome indicators.

As noted by the government, the loan proceeds allowed the government to preserve education services through financing teachers and telesecundaria facilitators, as well as the three levels of healthcare and emergency services, by paying the salaries of the workers in the prioritized municipalities. Although it took one year for the loan to be approved by Congress, and thereby to become effective, the government maintained its commitment to employing education and healthcare workers in the 130 poorest municipalities over the project period.

These levels indicate that there was no reduction (compared to December 2010) in personnel providing basic social services. There were also some other benefits from the project. As noted by the Ministry of Health, the financing provided by the ERL meant it did not have to worry about cutting spending on goods in order to safeguard personnel expenditures. Inter-governmental institutional coordination was also improved, as the ministries of Health, Education and Public Finance collaborated closely to make the project successful.

The Bank provided a $100 million loan to reimburse against salary expenditures made to teachers and healthcare workers in the 130 poorest municipalities, which tend to have very low performance on education and health outcome indicators. These municipalities also have significant indigenous populations and many of these municipalities were also severely impacted by the natural disasters of 2010.

The project was an emergency loan to ensure that spending on basic health and education services was maintained in the poorest municipalities. The project heavily benefited from the existence of two other sector-specific projects: Guatemala Maternal Infant Health and Nutrition (P077756) and the Guatemala Education Quality and Secondary Education (P089898), which continue the work of improving education and health services in Guatemala.

34,334
number of Educators and Telesecundaria facilitators