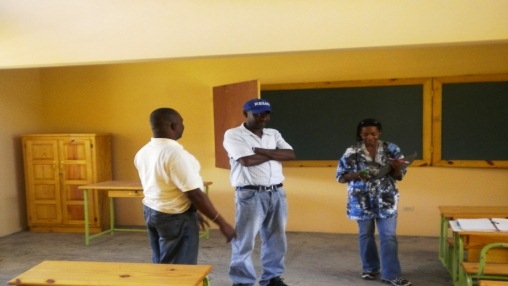 Tropical Storm Fay and Hurricanes Gustav, Hanna and Ike (FGHI), which severely damaged major public and social infrastructure and injured and killed hundreds of people, created an urgent need to rebuild schools.  The Inter-American Development Bank (IDB) conducted a Post-Disaster Needs Assessment that estimated the total damage at nearly US$30 million, with another US$70 million in identified needs for the education sector.

Intensifying the challenge was a devastating earthquake on January 10, 2010 that left more than 200,000 people dead, in addition to widespread destruction of infrastructure, schools and Government buildings. According to official statistics, 964 schools were greatly damaged, affecting more than 200,000 children.

The Emergency School Reconstruction Project (ESRP) was processed under emergency proce- dures to help the Government of Haiti respond quickly and effectively to damage caused to the education sector infrastructure, and enhance preparedness for future natural emergencies.

It restored access to schooling through the reconstruction of damaged schools.  It also included activities to improve the capacity and methods for safe school construction (building back better) and to strengthen the institutional capacity of the Ministry of Education to fulfill its supervisory and regulatory mandate. The project included activities to mitigate the vulnerability of school infrastructure through the development of the National Action Plan for Safer Schools, which would improve preparedness for natural disasters in the education sector.

The project is expected to have a demonstration effect on the entire education sector in Haiti and, in particular, to influence practices and approaches in the construction sector.

The project built 11 schools and emergency shelters within four of the schools. The School Engineering Department (DGS), a unit of the Ministry of Educa- tion, benefited from training for 24 staff to become master trainers, as well as the rehabilitation of its offices and the provision of equipment to facilitate its supervisory and regulatory role in the project.

Since the schools were built, Haiti has experienced two Category 1 hurricanes and there was no serious damage to the schools or emergency shelters. Despite some design flaws, in the long-term, the “building back better” approach is expected to reduce the risks of damage to educational infra- structure.

" Around 3,300 students from 11 schools benefitted from the project activities. " 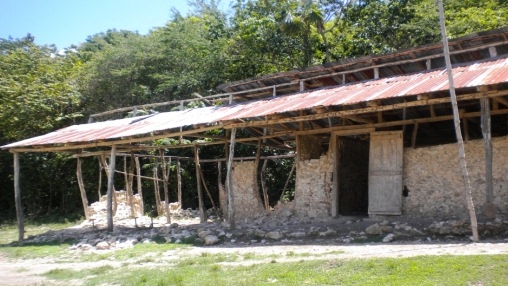 The Bank contributed US$5 million in grant funding for the project, of which US$3.8 million (75 percent) was spent on the construction of schools. The remainder was spent mainly on the development of the NAPSS.

The DGS oversaw site selection and the Fund for Economic and Social Assistance (FAES) supervised the construction of the schools. There were no external partners in the Project.

School construction is continuing with assistance from other donors including the Inter-American Development Bank. Support to the NAPSS process and other institutional strengthening is continuing under the Bank-funded Risk and Disaster Manage- ment Project. Other donors are also contributing to the NAPSS. For example, the Swiss Office of Development and Cooperation (DDC—Swiss Aid) is working with the Haitian Government on school designs that incorporate anti-seismic and anti-cyclonic safety features.

Around 3,300 students from 11 schools benefitted from the project activities. Through raised awareness of school safety through consultations and workshops, and the NAPSS, teachers and students at the schools benefited from increased school safety.  The shelters in the four rebuilt schools also benefit the surrounding community. The new schools replaced ones that were unusable.