As climate change sweeps through the dry steppes of northern Kazakhstan, farmers are relying on new climate-smart technology to keep their crop yields high. That is crucial for both Kazakhstan and the world, since the country is the 7th largest wheat exporter in the world.

According to the International Maize and Wheat Improvement Center (CIMMYT, one of 15 international agricultural research centers part of the CGIAR Consortium), in 2012 Kazakh farmers in three northern regions of the country adopted the new technology, known as 'no-till' or 'zero tillage.' That brings 1.85 million hectares or 10% of all of Kazakh farmland under no-till farming practices. Today the country appears to be the second fastest global adopter after China.

The Food and Agriculture Organization (FAO) and the World Bank estimated that just in 2012 the adoption of the technology resulted in 0.7 million tons of additional wheat grain, which is enough to feed some 5 million people for a year. So far, the new method is showing 30-40% yield increases, cutting cultivation costs, and reducing soil erosion.

Meiram Sagimbayev is one of the farmers using no-till, also sometimes called conservation agriculture, which helps keep moisture in the soil. "We started applying no-till in 2003 and 2004 on small fields first, and I really liked the results, so in 2005 I decided to apply the technology on all my fields," he says. "But the results convinced me that there are some peculiarities we should have taken into account, and we started analyzing it."

Holding on to Snow

In this part of the world, 40% of the precipitation comes in the form of snow. The northern steppe's strong winds often blow the snow away, leaving the soil bare and dry. No-till leaves the stubble of the previous year's crop standing in the fields; this traps snow which, when the weather warms, seeps into the soil.

Snow is crucial for farmers, says Meiram Sagimbayev. "Snow in 2013 has been abundant; the cover is thick and high, around 50 centimeters in depth. Most years the snow depth is about 10-15 centimeters. Each centimeter of snow is equal to about 1 millimeter of rain. That means, in addition to the rain, there will be another 50 millimeters of moisture from snow."

No-till technology does not rely on plowing to control weeds; so all-year-round soil cover is essential. In Kazakhstan, the stubble of the preceding crop is left standing for snow-trapping purposes to increase soil moisture, particularly in dry years such as 2012. Following winter and at sowing time in spring, if required, farmers can chop and spread the old crop residues on their fields.

No-till requires significant investments in machinery and herbicides; about $250-300 per hectare to buy modern machinery. But experts stress that the benefits, both for the farmers and for the environment, pay back those investments in just a few years. And the international community is helping farmers get started.

" We estimated this level of adoption on the basis of surveys and field visits. This increased production for a value of around 180 million dollars: one year alone could pay for almost 10 years of investments in agricultural research of Kazakhstan. " 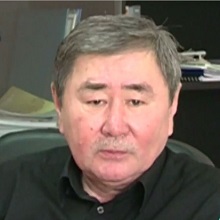 With support from the government and international organizations like the World Bank, the Food and Agriculture Organization, and the International Maize and Wheat Improvement Center, or CIMMYT, farmers across Kazakhstan are relying more and more on no-till.

"We estimated this level of adoption on the basis of surveys and field visits. This increased production for a value of around 180 million dollars: one year alone could pay for almost 10 years of investments in agricultural research of Kazakhstan," Murat Karabayev of CIMMYT says.

But there are still some obstacles, experts warn. Some farmers need to learn more about no-till in order to abandon plowing, which is, after all, one of the foundations of their craft for millennia. Indeed, experts caution, a major risk is the potential failure of early adopters, which could create the wrong impression of no-till and scare other farmers off. Another possible obstacle is the cost of investment. It is estimated that farmers in northern Kazakhstan have invested about US$200 million to equip their farms with no-till machinery. The return on these investments is high, but the initial costs might scare some farmers away. Finally, Kazakh farmers need to be encouraged to plant crops other than wheat, to allow for crop rotation to strengthen the soil.

But, experts argue, the real key to success is to continue scaling up no-till; conservation agriculture saves fuel, soil, and time. The longer farmers use no-till, the greater the fertility of the soil. And no-till is also capturing carbon, as healthy organic matter, in the soil, contributing to climate mitigation. In fact, sequestering 1.3 million tons of carbon dioxide a year is the equivalent of taking 270,000 cars off the road. So by adopting no-till, Kazakh farmers are working to protect crops from climate change, which is a practical example of climate smart agriculture.