In the Kyrgyz Republic: Protecting Animals, People, and the Economy

Herd animals are part of the history and nomadic culture of the Kyrgyz Republic. From the country’s 5.5 million sheep and goats, 1.3 million cows, on down to its 120 camels, the Kyrgyz people rely on the livestock for income, trade, and as a reserve against emergencies.

Agriculture is a big part of the Kyrgyz economy, generating nearly 25 percent of the country’s GDP.  Pasture-based livestock production and export of animal products, like meat and milk, provides employment and livelihoods for rural communities, which comprise two-thirds of the country’s population.

That’s why access to vaccines, equipment, and new technology are so important for the Kyrgyz Republic’s 3,500 veterinarians, says Marat Sydygaliev, the ex-Deputy Director General of the State Veterinary Department.

“I think the work of veterinarians is very important because we all care for the health of animals and humans. We try to protect humans from animal-related diseases, and that way we protect our economic interests as well.” And, he adds, herd animals are important because the Kyrgyz people “have traditionally been livestock producers, and it is part of our tradition to take care of livestock.”

" I think the work of veterinarians is very important because we all care for the health of animals and humans. We try to protect humans from animal-related diseases, and that way we protect our economic interests as well. And herd animals are important because the Kyrgyz people have traditionally been livestock producers, and it is part of our tradition to take care of livestock. " 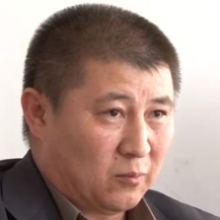 The Kyrgyz Republic used to have one of the highest brucellosis rates in the world.  Brucellosis is a bacterial infection that people get from animals and is common in the Kyrgyz Republic. Through the Agricultural Investments and Services Project, the World Bank is helping the country to develop strategies to fight this and other animal diseases, which can have a dramatic impact on human health and trade.

Thanks to a nation-wide program of brucellosis control, cases of this disease in humans fell from about 4,000 a year in 2010 to 2,000 in 2012.  This has been achieved by working together with community organizations, village health committees, pasture committees, and schools to increase rural people’s understanding of the dangers posed by brucellosis.

Halving the rate also required the work of local veterinarians based in the communities at risk ‒ a key part of the Project. The World Bank-supported project has helped the Kyrgyz government to buy high quality vaccines and deliver it to private vets in the villages to make sure that all animals are vaccinated. But it wasn’t just the vaccines… the vets were also provided with skills and equipment they need to run their businesses.

" It is very important that animal products are clean and healthy, and we contribute to that aspect of food safety. " 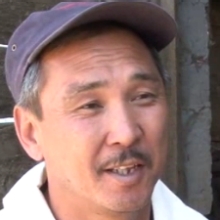 Today, Kyrgyz veterinarians routinely vaccinate animals against infections. “It is very important that animal products are clean and healthy, and we contribute to that aspect of food safety,” says Ryspek Jumaev, the head of the Sokuluk District Veterinarian Association.

An important achievement of the Project was the establishment of the Veterinary Chamber, which now runs a national registry of practicing vets so that farmers know who they can seek veterinarian care from. The Chamber is also helping vets with professional development to raise the level of animal health care.

The World Bank has also helped with improving the country’s animal disease diagnostic system. In Bishkek, the capital, the State Center for Veterinary Diagnostics’ renovated building and state-of-the-art equipment are part of the Agricultural Investments and Services Project. The Center’s lab technicians can now carry out tests for various diseases including rabies, bird flu, and anthrax.

The new tools have vastly increased productivity, says Burul Osokeeva, the Center’s chief virologist.  “In the past,” she says, “we used to do about 50 or 60 analyses of serum a day.  It was very slow.  Now we can do about 2,000 a day.”

The Agricultural Investments and Services Project is also improving pastures for livestock, and building bridges, water points, and roads to enable better access.

It helped to establish and train 454 pasture committees in how to develop ways to improve the health of animals on their pastures.  The committees, for example, help to ensure that cattle and sheep on the community pastures are vaccinated, prompting livestock vaccination throughout the country. They also contribute to better management of pastures by ensuring fair access to pastures for all livestock owners.

Along with private veterinarians, these pasture committees will play an increasingly important role in fighting animal diseases in the Kyrgyz Republic.

454
pasture committees have been established and trained with the help of the Agricultural Investments and Services Project.