The World Bank in the Kyrgyz Republic: 20 Years of Partnership

June 17, 2013
World Bank Group
Over the twenty years the Kyrgyz Republic - World Bank partnership has evolved with changing local and global contexts. In the 1990’s, the World Bank assisted in areas such as private enterprise support and social sectors. In 2000’s, the Bank’s program included projects aimed at improving social services and national infrastructure.
" The World Bank has been a reliable partner of the Kyrgyz Republic for 20 years, from the creation of the market economy in the 1990s to the fight against corruption today. With support from the World Bank, Kyrgyzstan has achieved a stable macro-economy; rehabilitated roads, power supplies and irrigation schemes; bettered children’s test scores in rural schools; and improved access to basic health services for the poor. Today, the Kyrgyz people can take pride in their achievements… " 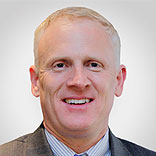 Since the Kyrgyz Republic joined the World Bank in 1992, country assistance has been designed to support the transition to a market economy and provide a base for sustained growth. The World Bank provided significant budget support in the initial years of the Kyrgyz membership to ensure that essential public services would continue to function.  In the 2000s, the Bank’s program included projects aimed at improving social services and national infrastructure.

In 2010, the World Bank led the Joint Economic Assessment to identify immediate emergency needs, organized the July 2010 Donors Conference, and tripled the amount of its lending in fiscal 2010-11, in order to respond to the country’s urgent recovery needs.

Since the conference, the Bank has approved $200 million in new projects, of which around $100 million is in grants. The Bank’s future strategy is to support economic and political stability by supporting the government's efforts to fight corruption, strengthen public finances, and improve social conditions.

Video on the results of the Economic Recovery Support Operation for the Kyrgyz Republic.

2.7 million
people have benefitted from the completion of about 6,000 micro-projects.
Source »