Fiscal Management and Competitiveness in Peru

Peru  became one of the best-performing economies in Latin America during the mid-2000s.

World Bank
During the mid-2000s, Peru became one of the best-performing economies in Latin America. The new Government, which took office in 2006, building on the achievements of past administrations to achieve long-term growth, turned to the World Bank for financial and technical assistance to strengthen fiscal management and competitiveness. With Bank support the Peruvian Government (i) strengthened fiscal rules, public debt management and tax policy, (ii) improved the efficiency of budgetary accounting, (iii) implemented efficient, performance-based budgeting, and (iv) increased transparency and agility in public processes, including procurement and e-government.

At the end of 2006, half of the population was living in poverty, the private sector faced numerous obstacles to economic activity, and many Government institutions were inefficient and poorly managed. In addition, competitiveness was affected by low human capital, high logistical and transportation costs, weak quality standards, cumbersome business regulations, very low research and development investment, and fragmented supply chains.

The consequences of this weak competitiveness were bottlenecks to sustainable economic and regional development, and negative impacts on exports. In this context, the Government requested support from the World Bank to implement a program based on external borrowing and internal reforms to ensure sustained progress on the fiscal management and modernization of institutions. 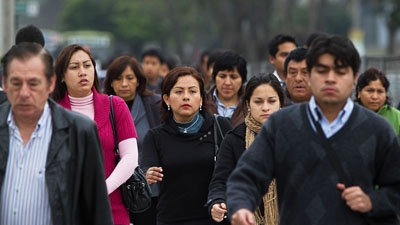 The World Bank’s approach was based on a lending instrument with a programmatic structure that allowed for flexibility in choosing the means, while maintaining the overall objectives of the program. The benefits of this built-in flexibility were evident at the time of the global financial crisis, when the objectives related to fiscal stability, transparency and strengthening the budget process gained relative importance.

In addition, the use of Deferred Drawback Options as an instrument for delivering financing during the crisis proved extremely valuable. The use of the Deferred Drawback Options gave the program the needed flexibility both during the more certain times to ensure that resources were available in case of need and in the face of the global crisis when an urgent increase in the availability of financial resources was needed.

By the end of the program, the Government had achieved a number of fiscal management outcomes.

Equitable, transparent, neutral and stable tax system. Tax revenue recovered to 15.5 percent of GDP in 2011.  Sub-national collection of taxes and non-tax revenue increased by 13 percent, on average, in 2006-11. Taxpayers have access to comprehensive tax information.

Strengthened budget reporting and planning.  The Treasury Single Account is fully functional. Since 2009, the budget uses classifiers that are consistent with international standards set by the Government Manual Statistics Manual (GFSM).

Increased equity in intergovernmental transfers. The Government established compensation funds, such as the Regional Compensation Fund (Fondo de Compensacion Regional, FONCOR) and the Promotion Fund for Regional and Local Public Investment (Fondo de Promoción a la Inversión Pública Regional y Local, FONIPREL), which favor local Governments that receive little or no transfers from mineral revenues. The criteria for allocation of the Municipal Compensation Fund (Fondo de Compensación Municipal, FONCOMUN) to municipalities were modified to address the basic needs of the population.

The Government also achieved a number of competitiveness outcomes by the end of program:

More transparent, accessible, and agile public sector processes. All central Government agencies publish and execute all purchases of over S/.10,000 through the State Electronic Procurement System (SEACE).  About two-thirds of local Governments procure on-line through the SEACE.

Reduced transaction costs for the private sector to enter, operate in, and exit markets.

Expanded and deepened international trade. Import tariffs were gradually reduced. The average effective tariff is 0.9 percent.  Free Trade Agreements (FTAs) were signed and implemented with the United States, Chile, Canada, China, Mexico, Singapore, Thailand, the Republic of Korea, and the European Union.  Peru’s dependence on natural resources exports has declined. The share of traditional exports of total exports fell from 80 percent to 63 percent, by volume.

Promoted sustainable financial deepening.  The number of debtors rose from around 250,000 in 2002 to about 1.5 million in 2011. Housing finance has recently grown by about 20 percent per year, but from a very low basis.  Currently, there are just 150,000 mortgages, totaling about 3 percent of GDP. Collateralized credit has increased by about 20 percent per year, but it is still fairly undeveloped.  Still, the number of credits with collateral is small. Credit for micro and small enterprises increased from 9.2 percent in 2006 to 17.7 percent in 2011. 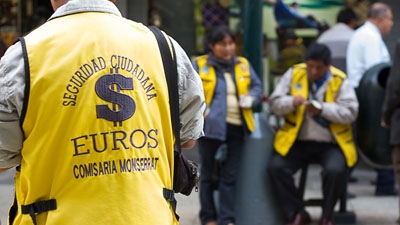 This operation consisted of a series of four loans, with the second loan using the Deferred Drawback Option for the main and supplemental loans. The approved amount of the operation was US$1.2 billion.

Having achieved fiscal and macroeconomic stability and unprecedented rates of economic growth, the challenge for Peru is to translate its natural and human resources into sustainable development

An operation that is an exact continuation of this program has not been envisioned at this time, but a similar program dealing with fiscal and governance issues is under discussion and is part of the next Country Partnership Strategy. There is also an ongoing discussion on the avenues for advancement of the reforms started during this operation, especially those on the fiscal management and taxation side.

Given the strict fiscal management and discipline that were imposed to rein in the stimulus and maintain low external debt, the issue of whether additional resources would be required remains uncertain, as the international economy is still struggling to bounce back after the global financial crisis.

The operation had a positive impact on poverty reduction and social development. On the fiscal side, it has allowed the Government to increase attention to social spending. For example, the Government implemented Juntos, a conditional cash transfer program for the poor using financing available through the fiscal stimulus to mitigate the effects of the global economic crisis in Peru, helping it to sustain the social and economic gains of recent years.

Competitiveness policies have contributed to the country’s impressive economic growth in the past several years, which in turn has boosted employment creation and poverty reduction. Between 2006 and 2010, poverty fell from 44.5 percent to 31.3 percent, while extreme poverty was reduced from 16.1 percent to 9.8 percent. 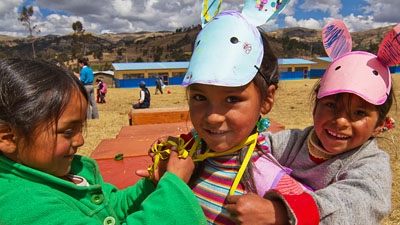 World Bank
US$1.2 billion
was the approved amount of the operation of four loans.