Uzbekistan: The Economics of Efficiency

Over the last two decades countries throughout the Europe and Central Asia (ECA) region have been making great strides in decreasing their overall energy intensity, improving energy efficiency, and reducing the economic, environmental, and social costs of their energy sectors. Between 1990 and 2007 energy intensity in ECA declined by 32% overall and ongoing measures throughout the region continue to contribute to these efforts.

One key area of improvement which has led to these reductions in both cost and energy usage in countries throughout ECA is energy efficiency. Aging equipment, outdated technology, and continuing problems such as gas flaring all contribute to significant inefficiencies in the energy sectors of many countries throughout the ECA region, including Uzbekistan.

" By investing $1 in demand-side energy efficiency Uzbekistan can avoid $2 in supply side investments. " 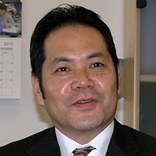 Policy makers in Uzbekistan have made reductions in energy consumption and conservation of energy key economic priorities for the country. The energy sector is a pivotal area for economic growth in the country – accounting for nearly 50% of capital investments in Uzbekistan, contributing 7% of total Gross Domestic Product (GDP), and generating more export revenue than any other sector – and energy efficiency is a key area of improvement to stimulate this growth.

Uzbekistan is one of the most energy intensive countries in the world, meaning that improvements in efficiency can have large economic benefits. Outdated equipment and technology throughout the country results in more than 60% of the primary energy mobilized to provide energy services being lost in processing and delivery systems. Gas flaring is also a pervasive problem in Uzbekistan – resulting in losses of $500 million (3% of GDP) in 2011.

As part of its efforts to address these issues, the government is working with the World Bank Group to introduce a series of energy efficiency measures designed to save the country more than $2 billion over the coming years through the implementation of the Energy Efficiency for Industrial Enterprises Project and a recently approved additional credit for this project. Introduced in 2010, this Project is already having a tangible impact on the energy sector in the country. When this initial phase of the Project is completed at the end of 2014 – one year earlier than previously projected – the country will have saved 50,000 MWhs and will reduce its carbon emissions by 150,000 metric tons, through the rehabilitation of distribution stations, the replacement of boilers and other outdated equipment, and the implementation of other energy efficiency measures.

Uzbekistan is one of the most energy intensive countries in Eastern Europe and Central Asia, and reducing energy consumption is a top priority for the government.

“By investing $1 in demand-side energy efficiency Uzbekistan can avoid $2 in supply side investments,” says Takuya Kamata, The World Bank's Country Manager for Uzbekistan, “this project can have long term benefits for the country, drastically increasing energy efficiency and competitiveness of industrial enterprises in the country while simultaneously reducing carbon emissions.”

Building on these early successes, the government in Uzbekistan has recently increased the scope of this project by $100 million through additional financing provided by The World Bank Group. This latest commitment to energy efficiency is in line with a 2012 Presidential Decree which prioritizes the government’s commitment to reduce energy intensity through increased productivity, reduced production costs, incorporation of advanced energy technologies and widespread renovation and replacement of outdated equipment and technologies.

Among other initiatives, the projects being financed by the World Bank will include recovery and utilization of exhaust gases, and upgrades of pumping stations at industrial enterprises. More photos

Recent data shows that investments in energy efficiency of $170 million over the next 10 years can result in a 15% reduction in Uzbekistan’s industrial electricity consumption by 2022. This latest round of investment brings Uzbekistan much closer to this investment goal and is expected to have impressive impacts by 2018 – including energy savings of more than 200,000 MWhs and reductions in the country’s CO2 emissions of as much as 400,000 tons. By making the necessary investments today, Uzbekistan is positioning itself to be a regional leader in energy tomorrow, showcasing the economic, social, and environmental potential of energy efficiency initiatives. 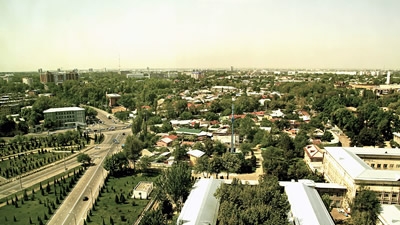 Economics of Efficiency in Uzbekistan