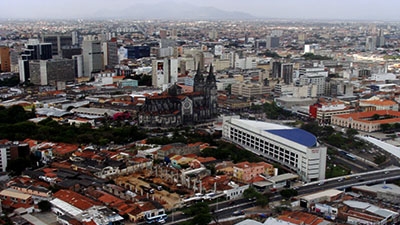 The project was designed to leverage existing Government programs, while heightening attention on public service delivery achievements. A small share of the loan funded technical assistance investments to meet selected targets. The project helped to support a number of key outcomes:

The Bank provided a total of nearly US$237 million to the state treasury to support identified government investment programs that were responsible for those public sector achievements. Just over US$3 million were disbursed for technical assistance.

Performance-based lending similar to the Ceará Inclusive Growth Project is an increasing share of the Bank’s loan portfolio in Brazil and in the region. In Ceará, discussions for another follow-up operation were already underway in 2012. The new Program-for-Results lending instrument is expected to extend the results-based-management culture more widely within the state’s public sector workforce, while tackling new performance areas such as watershed management and solid waste management.

The Regional Hospital of Iguatu provides a full range of services, including surgery and outpatient care. A hospital administrator remarked that after the cost accounting system was put in place, the average hospitalization period for surgeries was reduced from 8.2 days in 2011 to 7.0 days the following year. The cost per patient was reduced by roughly 20 percent. The hospital was able to increase by nearly 20 percent the number of patients treated per year. The state Government’s annual cost for data transmission fell from R$20 million in 2007 to R$4 million per year with the state’s new broadband Internet infrastructure, and the speed is of course much faster.