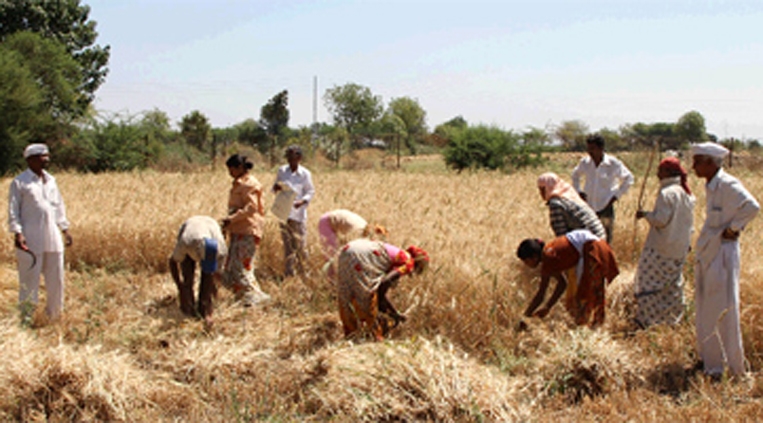 With two-thirds of India’s population dependent on agriculture for a livelihood, and a high degree of rain-fed farming, a well-developed crop insurance program is essential to protect farmers from the risk of crop failure. Since 2012, a mobile phone app has made it easier for insurance agencies to collect reliable and timely data on crop yields, enabling them to offer lower premiums to farmers. The technology has also made it possible for insured farmers to receive quicker claim payments, providing them with much needed cash flow during the cropping season.

India’s crop insurance program is the world’s largest with more than 25 million farmers insured. But delays in the payment of claims were a major issue and 85 million farmer households remained uninsured. When the monsoon rains failed, or pests and disease ruined their crops, insured farmers often received their claim payments after 8 to 12 months, defeating the very purpose of insurance. Delays in settlements, in turn, made it challenging for farmers to repay the bank loans they had taken for buying seeds and fertilizers at the time of planting. This jeopardized their ability to borrow again for the next crop, reducing their planting, or pushing them into a vicious cycle of debt with money lenders. Several attempts to tackle this issue had not met with success. Since it was virtually impossible to measure the yield of each farm given the millions of small landholdings, the prevailing practice was to estimate the average yield of a particular area by harvesting and weighing the crop from part of a field in a Crop-Cutting Exercise (CCE). If the yield proved to be below the historical average, insurance claims for the area were valid. But data from CCEs was unreliable and prone to manipulation, and there were long delays in it reaching the insurance agencies, leading insurers to raise farmer premiums to compensate for the greater risk. In addition, local weather conditions such as hailstorms that impacted only a few farms within an area could not be accounted for, making it difficult for farmers to put in a genuine claim.

Since getting reliable and quick data on crop yields was critical to the success of the insurance program, Global Positioning System (GPS) and video-enabled cellphones were used to record the entire crop-cutting process. Under the process, a government field worker conducting the CCE, would take geo-tagged and time stamped photos on a mobile phone, video recording the entire harvest in one continuous shot. The geo-tagging, which recorded the GPS coordinates, and time stamping ensured that insurance workers were indeed at the right place at the right time, leaving no room for data manipulation. A mobile phone app then transferred the recorded data—yield, date, time, nature of crop, location of CCE, weight and so on—to large servers on a near real time basis. The data was then uploaded onto a website for consolidation and analysis, creating a database of CCEs, and hastening the processing and settlement of insurance claims.

The pilots carried out in the Ahmednagar district of Maharashtra and the Jalore district of Rajasthan showed that the use of simple and cost-effective mobile phone technology had benefitted both farmers and insurers: 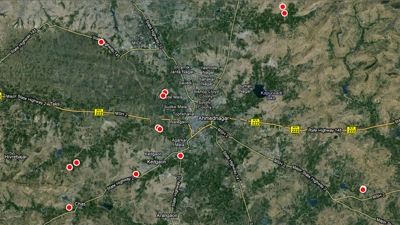 In 2005, the government of India requested the World Bank to provide non-lending technical assistance (NLTA) to help modify the crop insurance program, develop commercial weather-based crop insurance products, and improve insurance coverage. As part of the NLTA with a US$1 million budget funded by trust funds, the World Bank has, together with the Agriculture Insurance Company of India (AICI), piloted the use of GPS and video-enabled mobile phones in CCEs. The pilots have been conducted in 50 districts for three seasons, starting in the winter of 2010. The NLTA has also enabled a policy dialogue with the Ministry of Finance, the Ministry of Agriculture, and the Planning Commission about the fiscal and welfare impact of the modified insurance scheme. The NLTA has been supported by the Global Facility for Disaster Reduction and Recovery Trust Fund.

The Government of India (GOI) has historically focused on crop insurance to mitigate the natural risks of farming. The country’s main crop insurance program, the National Agriculture Insurance Scheme (NAIS), is implemented by the public crop insurer, the Agriculture Insurance Company of India (AICI). In Phase 1 (2005), the Swiss Agency for Development and Cooperation engaged in a dialogue with the GOI on agricultural insurance. During Phase 2, 2005–2007, the FIRST Initiative provided technical and financial assistance. Under Phase 3 (2008–2010), the non-lending technical assistance (NLTA), funded by the Global Facility for Disaster Reduction and Recovery Trust Fund, made the methodology developed under Phase 2 operational.

The government of India has expressed interest in scaling up this initiative across the country. Because it is difficult to conduct yield verification exercises (CCEs) over millions of very small land holdings across the country, the use of remote sensing technology is being considered to help concentrate the exercise in areas where there is a higher incidence of crop failure. This option will help to compensate farmers accurately who genuinely deserve insurance payments. 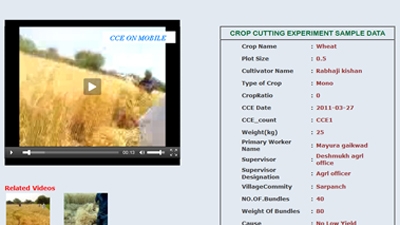